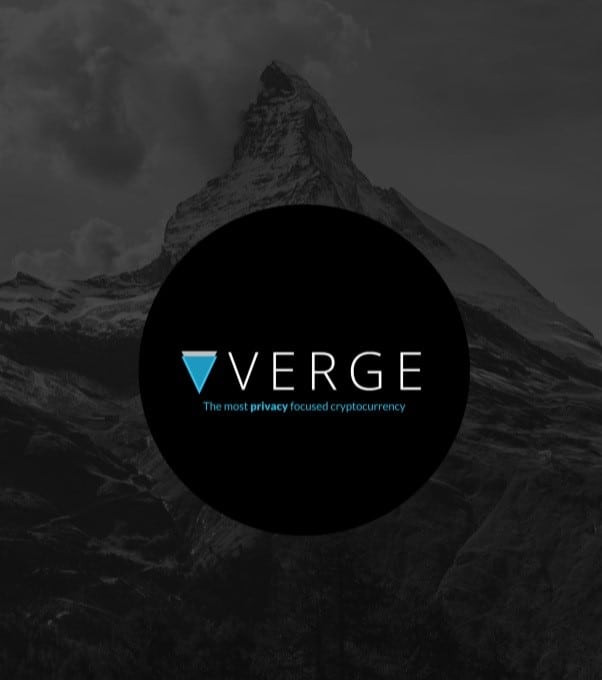 Verge (XVG) – The past week has seen coins like Litecoin (LTC), Monero (XMR), and Verge (XVG) go up in price while most of the cryptocurrency market is stuck in the red – especially today. People are looking at cheap alt coins to fill their portfolio. While this is a smart move, investors must be sure to research their coin and not just throw money at anything with a pulse. Before you know it, it may be too late to get into that one cheapest coin you were looking at. For instance, at this time one year ago, XVG was bouncing around one satoshi, which is is the smallest unit of a bitcoin. By this time next year, it could be too late. After hitting an all time high of around .26 cents in January, Verge has since dropped all the way back down to .03 cents. Right now it sits at about .06 cents.The week was bullish while the day has been bearish. 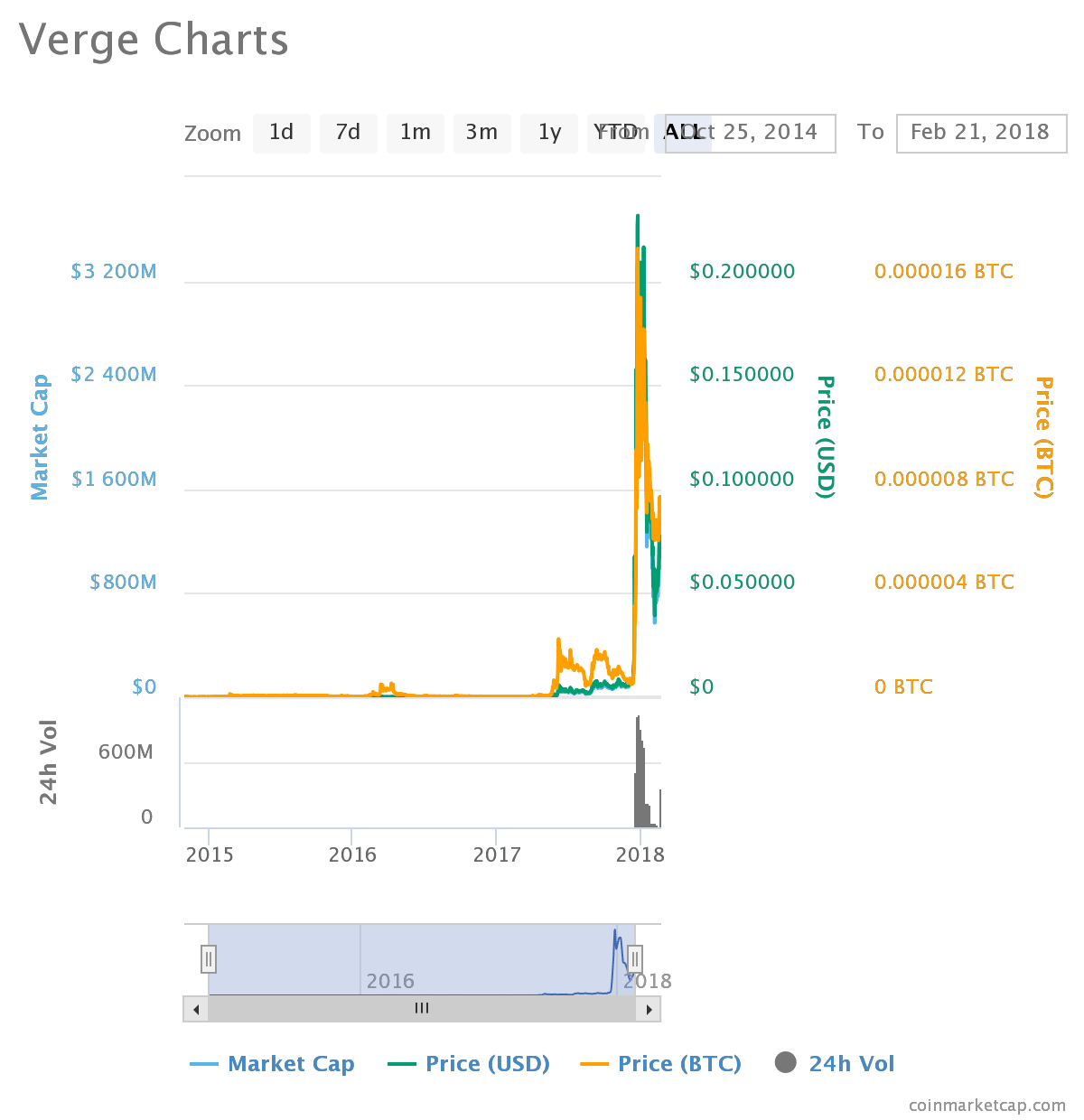 Privacy coins like Monero, Dash and ZEC seem to be all the rage right now  but a lot of traders looking for anonymity in transactions will find that Verge fulfills their needs most. Verge has at times been labeled a  “pump and dump” coin but that may just be because its price has been fluctuating heavily at such a small unit price per coin. At one point Verge (XVG) and Tron (TRX) were rising at very similar paces and some believed they were being pumped together.  All “fud” aside, Verge’s future looks promising.

Because it holds a permanent ledger of addresses and transaction history, Bitcoin is not technically an anonymous coin. This is where Verge comes in handy. As crypto matures privacy will become more important in the real world.

So how is Verge different from other privacy coins?

Most of the cryptocurrencies that promote anonymity only hide the transactions on their network and some actually reveal users IP’s. If a users ID cannot be protected, then a coin cannot be private. The only coins that follow this privacy rule are Monero and Verge.

Verge’s ledger is transparent and allows anyone to view all of its transactions. Users identities and locations are protected by an integration of tor and I2p, which doesn’t allow IP’s to be exposed. Tor (the onion router) is an IP service which directs traffic through an encrypted network consisting of more than 7000 relays. Verge uses an additional layer of security with I2P because Tor itself is often centralized.

One bonus XVG has  on other alt coins is its Wraith Protocol – which allows users to switch between a private and a public ledger. Merchants can use the public ledger for accounting purposes, while users who wish for complete anonymity can switch to a private ledger with just one click. The Wraith Protocol is what makes Verge the only truly untraceable cryptocurrency in existence.

Verge is not the product of a private company or an initial coin offering , but instead the product of combined efforts of thousands of community contributors.

Verge is one of the easiest coins to be mined on the market because any processor can mine it. in 2018, Verge developers are releasing a mining guide. This feature will allow more and more people to get involved with mining , therefore earning people money through mining. This could easily raise the value of XVG’s price per coin.

Another addition that could easily affect the price of Verge is the implementation of RSK smart contracts. Verge’s development team is already new testing smart contracts  to introduce to the Verge community. This implementation will allow easy distribution of Dapps, blockchain-based applications, allowing all creatures to monetize their skills through developing different types of applications within Verge ecosystem.