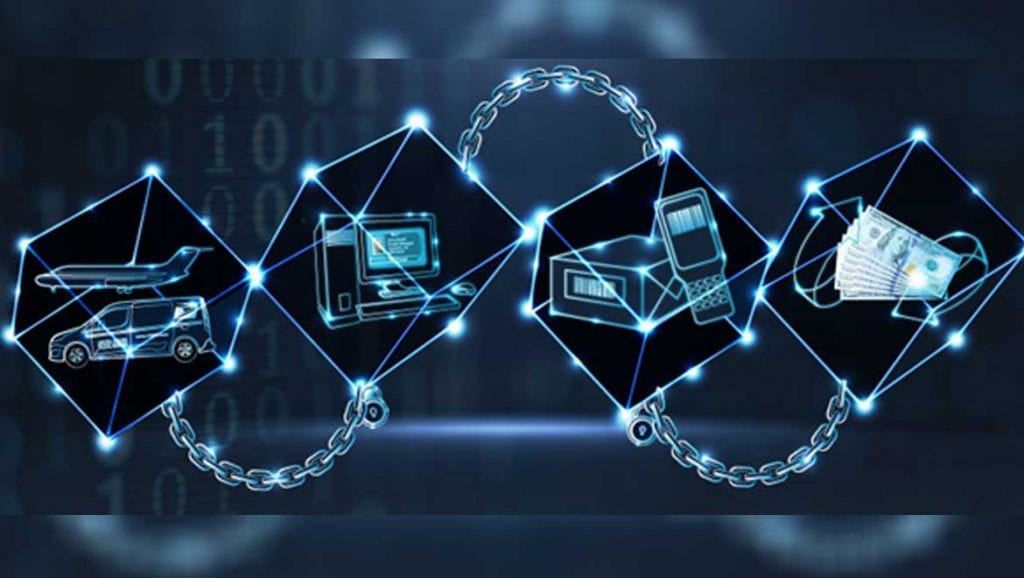 Why should you concern yourself with Blockchain?

Blockchain has been the buzzword in the world of cybersecurity for quite a while now. It has been doing the rounds on the internet and in many circles, especially with respect to Bitcoin, and isn’t going away any time soon.

Let us look at how it’s trending right now:

In the past few years, the interest in blockchain seems to have skyrocketed. And that is not surprising. Once implemented, it will bring about changes in a lot of areas, from machines to marketing trends.

What is blockchain, though?

Blockchain is an open digital ledger that records transactions in the form of blocks and encrypts them for security. It’s shared within a network, and if any modification is to be done to the block, it requires the verification of all the participants who are in the network. It is a transparent and safe way of conducting transactions.

Each block is actually a set of transactions. When one block is filled to completion, its summary and also its address is immediately created in something called the “hash”. This hash is stored in a space in the next block called its “header”. Hence, each block contains the previous block’s hash in its header.

Blockchain is said to resolve a lot of the existing problems in cybersecurity right now.

So let us look at some of these problems:

The area that has been facing issues the most in cybersecurity is data integrity. Due to the presence of middle-men in online transactions, if data is compromised in the centre it could result in a cascading effect in the rest of the network.

The Certificate Authorities (CA) which are used by most emails and messaging services are vulnerable to targeted cyber attacks. Although a better option will be to eliminate CA altogether, they can also be embedded in the blockchain.

Internet of Things (IoT) is an up and coming technology which is quickly becoming popular in home security, healthcare and so on. But since the principle of IoT depends heavily on centralized control, it is very prone to cyber attacks. Hence, the security of IoT related devices need to be protected from vulnerabilities. The best way to do that is by decentralization.

There have been multiple cases where the customer was exposed to breach in privacy and security when certain information like their email addresses, credit card and bank details were accessed by hackers. Online transactions often leave digital footprints which are not encrypted. It becomes easy for hackers to exploit such weaknesses.

How is blockchain going to resolve these?

Let us take a look at some of the advantages of Blockchain:

One of the main advantages of blockchain is that it eliminates the need for a middle-man which could compromise data integrity. Instead, it relies on peer-to-peer transmission. Rather than going through a central hub, each participant called a node, stores and then transmits the information to the other participants.

Since every transaction is linked to another in a chain of blocks, the records are pretty much permanent. The database is made irreversible through various computational logic and algorithms. It is ordered according to the timestamp and made available to all the peers.

The blockchain is not controlled by a single entity. Everyone in the peer network has complete access to it. It is not available at any single location; rather, its database is duplicated across a large network of peers. Hence, it becomes very difficult to hack, and there is no central point of failure.

The most important aspect of cybersecurity is how it protects its customers. Blockchain addresses the problems caused by the breach in security and privacy of the customers because they do not require customers to reveal private information just to conduct a transaction.

Seeing these plus points, there is no doubt at all that the advantages that Blockchain technology will bring to cybersecurity, once it gains traction, is going to be huge.

Examples where blockchain was implemented:

Some years ago, the beverage industry Coca-cola had a run-in with Amnesty International that accused it of human rights violation. Apparently, some of the sugar plantation workers in the industry were working below the international standards of human labour.

However, there was no way that the industry could be completely sure that none of the plantations was guilty of this accusation because they couldn’t verify where exactly the sugar came from.

Hence, Coca-Cola has now spent on a blockchain based system that can be accessed by the workers in the plantations. If any of them are mistreated, all they have to do is submit data independently and anonymously into the blockchain platform. This revolutionized the supply chain monitoring model of the industry.

There are companies like Cloudbric which have made blockchain-based solution accessible to all its users. Their users are also part of their security system since they are allowed to send anonymous attack logs to VISION, their deep learning engine.

In its nascent stage, there are still certain areas that technology enthusiasts are trying to improve right now.

For example, once implemented, there will be different blockchains for different transactions. There are no international standards that can be followed. And since every transaction is encrypted, if the encryption key is lost then all data is lost.

If the speed in which it has gained popularity in cybersecurity is any indication, soon these matters will be addressed and blockchain will overcome all these limitations.

When we weigh the pros and cons, there is no doubt at all, that the pros severely outweigh the cons.

And there is no denying that blockchain technology is going to change the face of cybersecurity as we know it. And as with any new trend of change, it is good to not wait until the last moment to partake in the success of Blockchain technology, either.

Ana Farr is the Community Manager at ecommerce-platforms.com and Unblock.net. She is a matcha and mindfulness enthusiast and loves to chat about the implications of Blockchain technology.