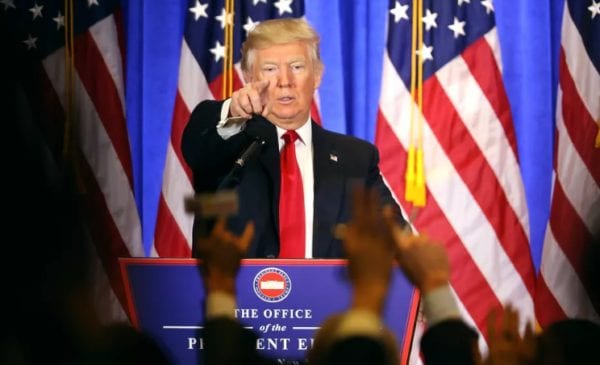 Today the USA are expecting a historic event. The president-elect Donald Trump, the Republican nominee, will make his speech 9 days before an official inauguration.

His ancestor, the Democrat Barack Obama has made his farewell last meeting yesterday, and now Wall Street is waiting to see their main strategy for the four next years.

A lot of global strategists believe that this speech may crush the Wall Street and dollar’s position only with one or two doubts from investors.

Waiting for the new clues from Trump, Asian-Pacific index without Japan MSCI has managed to restore its before-the-USA-election position and gained 5 percent to the income that was lost. South Korean index KOSPI went up as well, thanks to the optimistic news from Samsung and its latest report of the earnings.

Japanese index Nikkei went up by 0.4 percent recovering from the losses of three last days in a row.

As for the main American market Wall Street and its index S&P 500, it stays flat, while investors are waiting for Trump’s hints.

According to the main strategist in Sumitomo Asset Management Company, Masahiro Ichikawa, the new expectations from Trump to cut the taxes for national economy, and his policy towards the spending on the infrastructure may boost not only American economy and raise the indexes, but make the dollar stronger and create some problems for the international community.

However, Ichikawa also believes that with just one small mistake, Trump can ruin in few seconds everything that was reached lately.