3 Reasons Why Innoplexus is Bringing Blockchain to Pharma 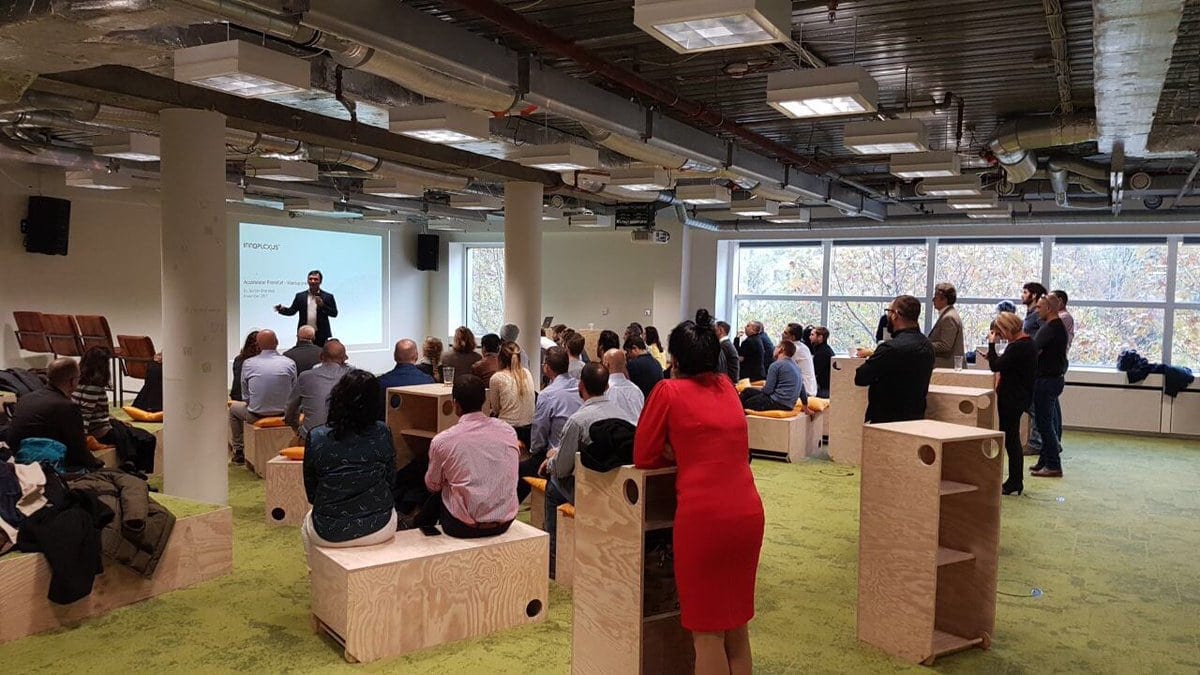 Don’t let the hype around blockchain fool you. Blockchain is only as useful as the solutions it provides.

With all the excitement around blockchain as a means to simplify supply chains, streamline the financial sector, and cure the most persistent ills plaguing humanity, it’s tempting to forget that this talk has to give way to action at some point. All the hype means nothing if it’s not used in real ways to solve real problems.

Innoplexus, a leader in artificial intelligence and Big Data solutions for pharma companies, is no stranger to technologies that are, dare we say, overhyped. They’ve established a strong reputation by harnessing these technologies in the pursuit of solving real problems with the goal of better patient health and more accessible healthcare.

“Innoplexus has always been about driving innovation for the benefit of the patient. AI, blockchain, and other technologies are only valuable insofar as they solve real problems, and in pharma, solving these problems often means saving lives,” Innoplexus founder Gunjan Bhardwaj said.

Now, with the launch of their new iPlexus platform, Innoplexus is unleashing the power of blockchain to solve three key challenges that have plagued pharma for quite some time.

iPlexus is a secure, blockchain-and-AI-based platform where researchers can publish and extend licenses for their previously unpublished data. This platform is unique in that it allows users to search for both failed and successful experiments and trials, using AI and machine learning to evaluate the information’s originality. Security is derived from an immutable timestamp on each work that protects the publisher from plagiarism and fraudulent ownership claims.

There are three particular challenges that the updated iPlexus platform is using the blockchain to solve:

Typically, the published experiments and findings are those considered to be successful. Experiments that don’t produce the desired results are often cast by the wayside, downplayed as insignificant and unnecessarily costly to those who fund the studies.

Researchers aren’t eager to report that they’ve conducted an unsuccessful trial, and journals have little interest in littering their pages with findings of little consequence. But, knowledge of those failed results within the medical industry is very important. As much as researchers need to be abreast of what findings yielded positive results, they must know what experiments didn’t work so that they don’t waste time and money unwittingly duplicating those trials. Additionally, experiments that didn’t yield their initial aim – say, a drug wasn’t effective for an entire population – may yield valuable insight about a specific group – middle-aged men of a certain descent, for example – that the therapy did perform particularly well for. These results will represent varying importance for researchers seeking to conduct experiments pertaining to the same disease.

This is the reason why Innoplexus seeks to store findings from successful and failed experimental trials on their blockchain platform. The blockchain serves as a decentralized ledger upon which labs scattered globally can log their results. It’s a massive store of data – iPlexusTM has more than 300 terabytes of crawled and indexed scientific data across 365k clinical trial databases, 200 biological databases, all major patent offices, regulatory agencies, patient forums, which includes 25 million publications, 20 million patents – that only continues to grow.

Upon this blockchain platform, machine learning will crawl, analyze, and aggregate information in a manner that is easily navigable, also pricing the licenses according to the originality of the findings. This single source of information across a diverse array of sources presents an unprecedented level of access for experimenters seeking to find value from both the successes and failures of others. Such a database has massive ramifications for the industry.

Until now, researchers have been understandably reticent to share their results willingly outside of published journals. In addition to that, there are few alternatives to the peer-reviewed journal network. iPlexus solves these problems by representing a rare non-journal outlet where researchers can securely share their findings without risking their IP.

Utilizing the blockchain’s immutability, time and ownership stamps will be assigned to each file that is uploaded to the platform. This will allow publishers to retain their rights, an invaluable necessity to pair with the ability to license their findings to other users of the iPlexus database. This security of IP provides greater incentive for researchers to take part in the platform, encouraging them to upload their findings to better the overall state of the healthcare community without compromising their own interests.

The value of real-time publication in healthcare is critical. As it stands, those who attempt to have their work peer reviewed and published in a journal may have to wait as long as four or five months between completion of the study and its publication. During this period, other researchers may conceive or even conduct a study similar to the one that is awaiting publication.

This means that even when a study is going to be published and become readily available to other experimenters, redundancies can easily happen, due to the long timeline. Such a problem highlights the importance of iPlexus’ real-time publication allowances. And for results that may not be published, iPlexus represents a platform on which to upload and share unpublished findings without worrying about the security of the intellectual property. Even if a researcher is hoping to be published eventually, this platform can protect them from IP violations in the meantime, establishing them as the first to publish a particular study.

Innoplexus’ updated iPlexus blockchain platform aims to create a wide-open, universally accessible database on which researchers can rely when conceiving their future experiments. With the benefits of IP security, access to both successful and unsuccessful trials, and machine learning organizing and indexing studies in a useful way, this database is a prime example of how blockchain and other emergent technologies will impact medicine going forward.

“Blockchain is a natural fit for pharma, where data security and data transparency are equally important for innovation,” Bhardwaj said.