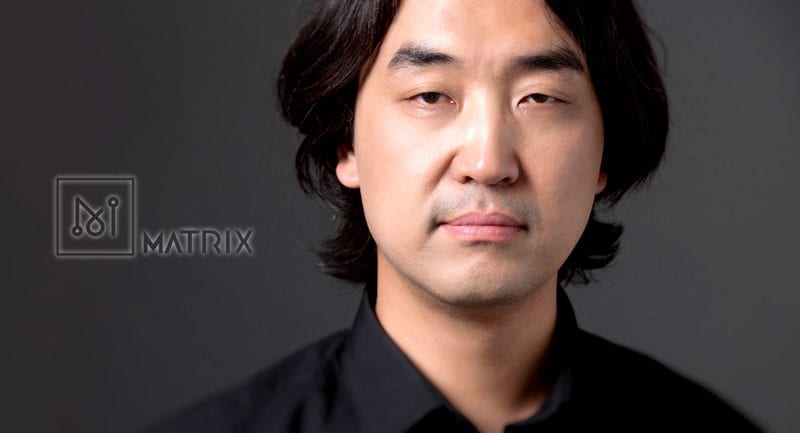 Matrix AI Network is a public blockchain incorporating Artificial Intelligence (AI) technologies to address some of the most serious challenges limiting the development and adoption of blockchains.  The network enables blockchain transactions and security verification of smart contracts.  We recently had the opportunity to talk to Dr. Steve Deng, Chief AI Scientist for Matrix AI Network, and learn a little more about the company, and some of the challenges and opportunities that are presented when bringing artificial intelligence to the blockchain.

Dr. Deng also works as an Associate Professor at the School of Software, Tsinghua University, where he has served as faculty member since 2008.

Professor Deng’s research interests include machine learning, industry data analytics and computer architecture. He has authored over 50 papers. His textbook, “Structural VLSI Design and High-Level Synthesis,” is used by Tsinghua and other universities.

Professor Deng’s work on deep-learning based image detection was ranked #1 in many prestigious challenges including PASCAL VOC and VSCOCO; beating out teams from Google, Intel, Facebook and Microsoft. He has received numerous awards including “Best Paper” at the International Conference on Computer Design in 2013, the “NVIDIA Partnership Professor” Award and the Tsinghua University “Key Talent” Award.

Matrix AI Network is innovating with an on-chain AI server, processing AI tasks integrated over blockchain. The results can then securely connect with cloud storage, or P2P storage over the Interplanetary Filing System.  Another area of innovation is the development of an FPGA accelerator for a popular subset of neural networks, which directly integrates with a connected node network over the blockchain. Developing an FGPA accelerator compatible with a blockchain consensus mechanism gives the company flexibility to expand and introduce new configurations going forward.

“While our team will continue to create and refine AI models and algorithms in the medical, industry and transportation fields; our grander vision is to further democratize open source infrastructure that will enable more organizations to use AI,” explains Deng.

Compared to other blockchain technologies like Bitcoin and Ethereum, Matrix AI Network integrates AI services into the network to further improve usability and functionality.  “Bitcoin emerged as pure innovation very much outside this system,” says Deng, “Ethereum laid the vision and groundwork to become a global platform, but was many years from a scalable market-ready technology. So far, these compartmentalized solutions alone haven’t really created sizable competitive advantage or business value.  We saw the revolutionary vision and potential that Ethereum introduced with smart contracts as a brilliant but, at the same time, somewhat orphaned innovation.  This has now which inspired a third wave of developers, entrepreneurs and investors to realize the real-world applications.”

At Matrix, they are supporting a team of 35 developers and AI experts, with specialties in cybersecurity, Go, Solidity, sharding and P2P computing and have been expanding and refining their protocol for over a year and half.  “We’ve been closely watching failures and innovation in this nascent field, and looking for opportunities to leapfrog the existing protocols—but there is a lot of fertile innovation happening in parallel,” explains Deng, “our goal is not only to introduce what we feel the currently the strongest performing blockchain protocol with our mainnet, but also designing to evolve from the outset.”

“Probably the biggest difference in our approach is that from the beginning we did a ground-up re-assessment of where blockchain could serve the data supply chain as a component of a much larger distributed computing infrastructure. Both our Chief Network Architect, Bill Li, and myself have served as principal investigators on national-level technology projects in areas like telecoms and high-speed rail, which have a lot of moving pieces, high demands on performance, uptime, security and near-zero tolerance for error.”

The Matrix AI Network mainnet launched on February 28, and is quickly ramping up to a network throughput speed in excess of 5000 transactions per second (TPS) – faster than Bitcoin and Ethereum.  “Faster speeds lead to lower transaction costs, shorter confirmation times and scalability – this is necessary to support large commercial transactions,” said Deng.

As part of this new release, Matrix is enabling the auto-coding of smart contracts using Natural Language Programming (NLP) and adaptive deep learning.  AI-powered cybersecurity will provide protection against malicious attacks and intrusions by using a generative adversarial network.  Matrix is integrating both public and private chains with the capability for multi-chain collaboration and evolutionary improvements, that can support enterprise and government ecosystems.  Another noteworthy development is the company’s unique hybrid consensus mechanism, a PoS + PoW consensus mechanism – alternatively described as HPoW or Hyper PoW, which boasts greater efficiency and fairness to miners, and reduced computer power usage.

“As our name implies, AI is a central aspect of our company,” says Deng, “the enhanced through-put, functionality, interoperability, and security of our blockchain protocol comes from building AI optimization into every function of the blockchain.  This is the next breakthrough for Blockchain 3.0.”