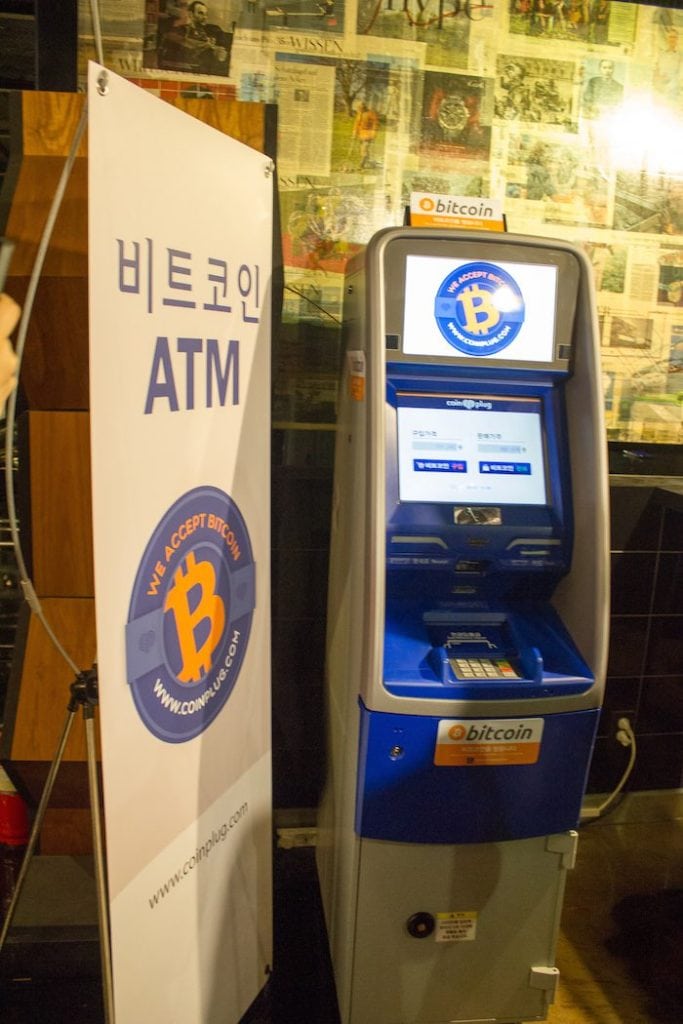 People who are living in South Korea are actually already noticing this types of ATM’s being established. Manufacturing of ATM’s that accept Bitcoin support are being seen since the country’s government and central banks are loving the efficiency of digital pay and money. One conglomerate that is rapidly getting rich with ATM’s that accepts Bitcoin is a Korean named Nautilus Hyosung. His joint partnership between Missouri-based mobile payment provider Just Cash, is the number one ATM manufacturer in South Korea, enabling investors on Bitcoin to transact the cryptocurrency using just regular ATMs. Service of this types of ATMs operate similar to standard ATM transactions, only thing added is now being able to do cryptocurrency transfers and deposits to the person’s existing wallet with a simple QR scan. Hyosung hopes to add more features in the coming months and years, making people’s lives easier when transferring and depositing various cryptocurrencies.

Hyosung describes this option a way in introducing cryptocurrency to customers, which is rapidly getting popular in Asia. Hyosung is the world’s fourth largest ATM hardware manufacturer, operating in more than 8000 active machines in South Korea, truly the company is no stranger when it comes to FinTech and digital currencies in general. Back to the way people will know that their Bitcoin is deposited into their wallet, a scanned QR code will occur, which a receipt providing the transaction details and cryptocurrency public and private keys will be seen. Transaction price will depend on the bitcoin exchange rate, which the ATM retrieves from the Internet in real time, since South Korea is known for being a country in which WiFi availability is everywhere. Also, additional percentage fees will be charged for using the ATM and on factoring the price. Since there are dangers of security, the ATM’s software will be constantly updated, making sure that privacy and protection on all electronic and deposits are safe. Along with the security feature and keeping the software updated, people who deposits their bitcoins will require a photo ID and taking a palm vein scan of users. Since there are many security measures already implemented, an amount limit is also set. The ATMs is set to allow transactions at a maximum of $200 each, and a maximum of three transactions a day per wallet address. This set amount is less than what typical Korean banks allow for ATM transactions, which is $1,000 per transaction and $6,000 per day.

Mentioned earlier regarding more features being added in the coming months and years, Hyosung hopes to add Bitcoin selling, and support for other individual digital currencies, starting first with Ethereum, which is an open-source, public, blockchain-based distributed computing platform that features smart contract functionality.

Where Are The ATMs Located

These types of ATMs are actually already established in many areas of South Korea. They sit in the Coffee Sedona cafe, which is one of Seoul’s largest shopping malls, the Coex Mall, close to the Coex Intercontinental Hotel and a casino in the city’s world famous Gangnam district. With Bitcoin and digital currencies getting popular in South Korea, expect more ATMs to be established.