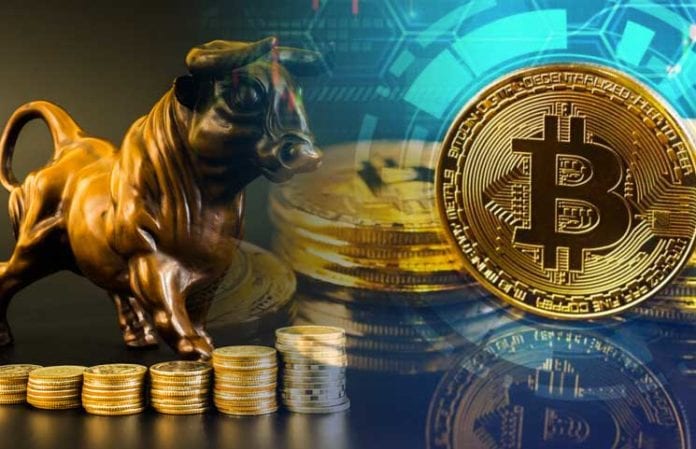 These past two days have been exhilarating for crypto enthusiasts who welcomed bulls in the crypto space. The total market cap surged by about $28 billion.

Crypto analyst Omkar Godbole at CoinDesk has recently said that Bitcoin’s latest rally seems to have solidified BTC’s transition from a bear to a bull market. We might be out of the crypto winter for good.

The Daily Hodl reported that Godbole stated that BTC looks overbought on the 14-day relative strength index, so prices “may have a tough time breaking above $5,200 in the near-term.”

The same online publication mentions that one of the most popular analysts on Twitter said that he’s expecting the bull run to keep going.

The Crypto Dog told his 120,000 followers he wouldn’t consider shorting BTC until it reaches a minimum of $5,400.

He also expects a rising tide to continue to boost altcoins at a rapid pace.

The founder and CEO of crypto investment firm BKCM says he wouldn’t call BTC overvalued until it hits $6,500 to $6,800.

“Sentiment has shifted here. All indications that we have – whether it be fundamentals, technicals, the quantitative analysis we do – all suggest that we probably have at least started to put in the bottoming process.

More crypto voices believe that we are out of the crypto winter, and these include Justin Sun and Changpeng Zhao as well.

The latter said that the bulls would trigger institutional money.

On the other hand, crypto analyst Nic Trades warned her 93,000 followers on Twitter to watch for signs that the recent surge is a false breakout.

She says a 50% drop from the height of the swing across the major exchanges is the key number to watch.

“If we come back more than 50% of this swing, that’s where I would be concerned and would say that this is probably a false breakout.”

bitcoinbtc
Previous ArticleCan XRP Become The Standard? Coinbase Chooses XRP Over Bitcoin (BTC) And Huge Names Are Interested In RippleNext ArticleMonero Enjoys Double-Digit Gains Following The Hashrate Fall – XMR Is Up 10% Over The Past 24H