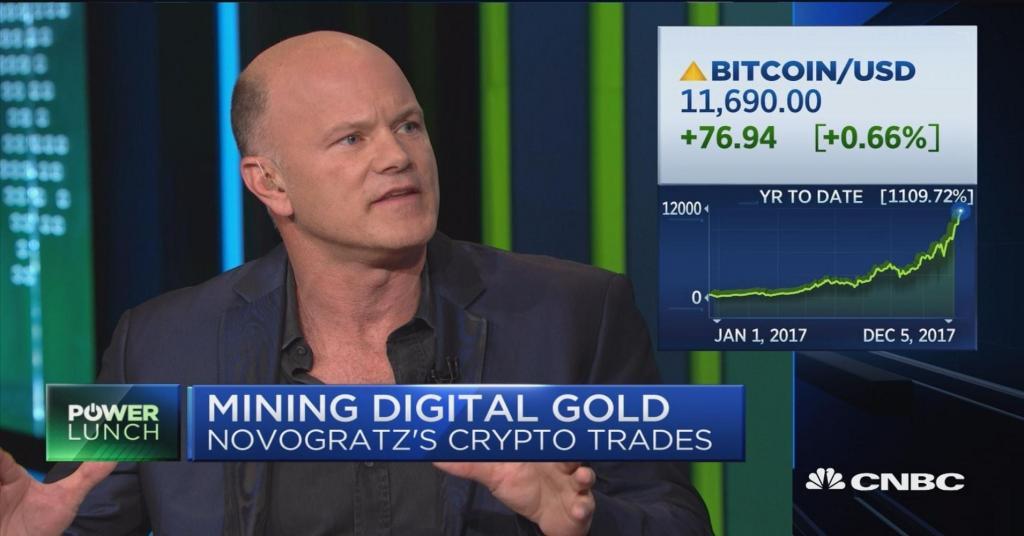 Mike Novogratz says BTC hits $20,000 in 2020 – While world financial markets are in steep decline as coronavirus continues to spread around the world BTC has been making a steady comeback since its lows in March. Some investors in the crypto community have become even more bullish on bitcoin with bitcoin bull Mike Novogratz leading the charge.

Michael Novogratz is an ex-hedge fund manager, formerly of the investment firm Fortress Investment Group and was ranked a billionaire by Forbes in 2007 and 2008. Currently serving as CEO of crypto merchant bank Galaxy Digital Mr. Novogratz recently reiterated his bullish stance on btc claiming the landmark crypto could retest its $20,000 highs by year end, 2020.

"This is the year for bitcoin," says @novogratz, and if it doesn't go up now, "I might just hang my spurs." pic.twitter.com/KbUQfMzzEI

In the recent interview on CNBC Mr. Novogratz stated:

I am seeing investors I never saw before, hedge fund investors, high net worth individuals getting into bitcoin for the first time. So I have said this in a tweet, this is the year for bitcoin and if it doesn’t go all up by the end of the year I might just have to hang my spurs. Because if it doesn’t go up by the end of this year I’m not sure when it will. But we are seeing real flows of the bitcoin. It’s a hard asset and its not just the US that’s going to monetize. Money doesn’t grow on trees and right now it feels like we have crossed the rubicon where everyone feels like money grows on trees.

When asked to give a number, Mr. Novogratz stated:

“We should have doubled in 6 months, we really should have. This is the time and maybe by the end of the year we will see it test $20,000”

The first comment on the tweet comes from user Thomas and Friends who tweeted: “At least he’s honorable as a captain going down with the ship.”

As bullish as Michael Novogratz is he admitted that he might give up on Bitcoin if its price does not hit a new all-time high in 2020: “This is the year of Bitcoin and if it doesn’t go up now by the end of the year, I might just hang my spurs.”

In an earlier appearance on CNBC Mr. Novogratz was very bullish on btc stating: “Right now bitcoin feels a little frenzied, and we could see it surge up, but I think by the end of the year we certainly take out the old highs. Or at least we go to the old highs. Coming out of the ashes, bitcoin has really developed its own lane as a store of value” compared with other cryptocurrencies.”

Mr. Novogratz went on to say that “The Chinese are about to pull two giant bazookas out and stimulate the heck out of the second-largest economy in the world,” said Novogratz. “That’s going to be good for Chinese stocks at one point, but that stimulus always finds its way around the world. So oil prices end up coming back up, and you get another surge of growth. Liquidity is driving stocks. It’s driving crypto. It’s driving gold.”

Michael Novogratz is no stranger to making big predictions about btc along with other cryptocurrency leaders such as John McAfee and Tim Draper. Last year, Mr. Novogratz stated that institutional interest would push btc back over $20,000 by the end of the year.