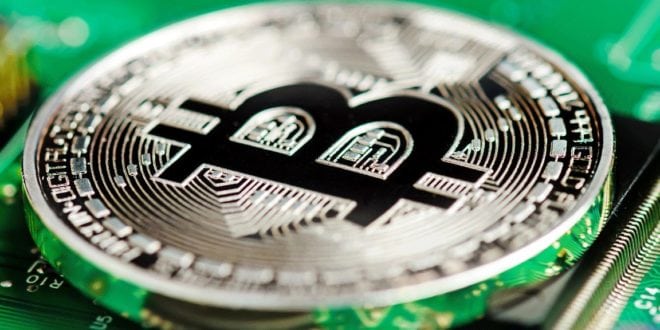 Bitcoin Cash (BCH) seems to have been forked under what is perhaps the luckiest star in the digital currency universe.

Literally, no altcoin has ever accomplished what Bitcoin Cash has in its so far less than six months of existence. Dumped immediately after a last-minute launch in August, BCH floundered at approximately $325 up until late October. Then suddenly, BCH accelerated in value to what is today $1,525 and started garnering serious mainstream cryptocurrency exchange attention.

The latest party to take interest in Bitcoin Cash, however, isn’t another leading trading platform like Bitstamp. Instead, as unlikely as it sounds, The Chicago Board Options Exchange is now mulling offering tradeable BCH futures in 2018.

What is much more surprising, however, is why CBOE has decided to align itself with Bitcoin Cash, especially given recent rumors of insider trading and rampant BCH instigated Bitcoin price manipulation. Perhaps the real question, though, is are institutional investor groups now starting to realize that BCH might actually be technologically superior to BTC?

Of course, hardcore Bitcoin enthusiasts and supporters like to suggest that Bitcoin has evolved into more of a store of wealth like digital gold, rather than a bonafide translatable currency. In a possible future, however, where Bitcoin and Bitcoin Cash are being directly traded against each other on Wall Street, investors will see transaction fees and processing times as vital when it comes to determining which digital currency is viable for investing in long-term.

Needless to say, if Bitcoin Cash futures do become a reality on Wall Street, Bitcoin Cash will surge in value. It needs to be remembered, after all, that futures trading and services such as Coinbase’s new custodial account service, are being rolled out specifically in order to entice risk-averse institutional investors into the digital currency market. The only problem is that this very enticement could easily cause a cataclysmic Bitcoin bubble.

We saw it on November 12th, 2017, when Bitcoin miners stopped supporting the Bitcoin blockchain and switched allegiances to Bitcoin Cash. – Namely, both digital assets are dependent on the very same core mining community. This being the case, as Wall Street investors choose to support either BCH or BTC, it is not unlikely that mining allegiances will switch over to the digital currency which is garnering the most investor attention at any one moment.

The result? Soaring transaction costs and processing times on whichever blockchain is not being fully supported, followed by sudden attempts by investors to pull their money out as quickly as possible. The only question, in this case, is if such a scenario were to unfold, would BCH come out on top? Or could such an internal trade war simply devastate the reputability of both digital assets simultaneously?

Bitcoin Cashbitconicash
Previous ArticleDash (DASH) – Trebling In Value & Making Waves in AfricaNext ArticleNEO (NEO) Will be the Currency of 2018: Invest in the Future of Blockchains