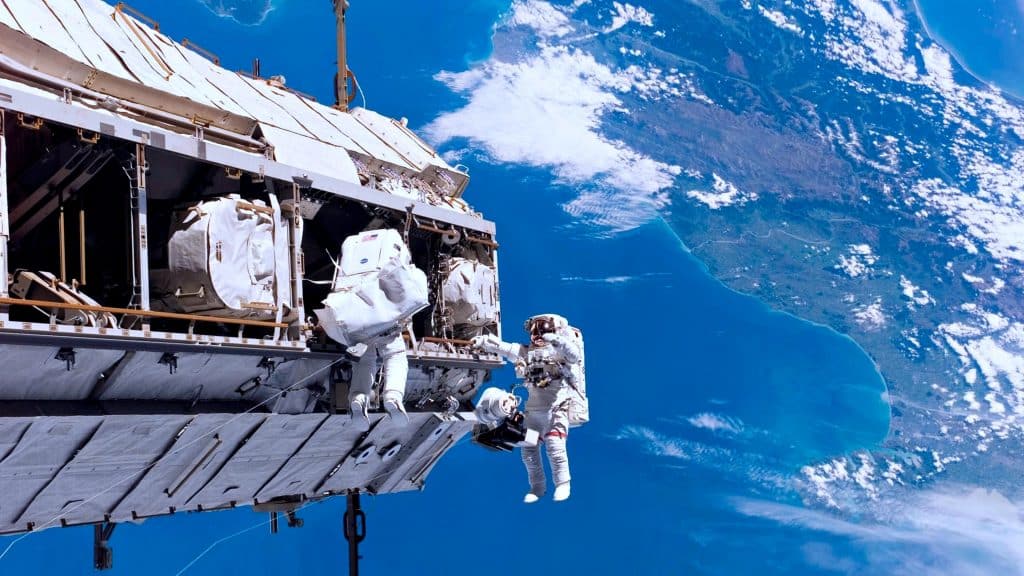 ​As numerous space activities are gradually scaling up while NASA proceeds towards its ambitious plans to land on the Moon and then on Mars, blockchain could play a vital role in the resurgent space industry, some experts say.

“If you gaze a little bit into the future and imagine a whole supply chain based on celestial body resources, that’s easy to envision, especially if transactions are negotiated between robots,” said Brian Israel, lecturer of space and blockchain law at UC Berkeley School of Law, in a video interview with Forkast.News.​

With NASA’s recent reveal of its search for companies disposed to land on the Moon and collect samples by 2024, it may not be long before blockchain is involved in all this.

“The ability to conduct in-situ resources utilization (ISRU) will be incredibly important on Mars, which is why we must proceed with alacrity to develop techniques and gain experience with ISRU on the surface of the Moon,” said NASA administrator Jim Bridenstine in a statement.

Some experts consider that blockchain could help future activities in space, such as supply chain security, governance, and more.

“We are going to find things on the Moon that are of immense value or marketable value to businesses and people back here on Earth,” retired Canadia astronaut Chris Hadfield said. “That is where we need to be forward-thinking: how are we going to be able to set up structurally to support that?”

Hadfield added that the development of the space sector is a ‘great opportunity for blockchain.’

Blockchain could also have a significant role in setting up rules of operation in outer space, mainly relevant since the Outer Space Treaty of 1967 restricts the jurisdictions of countries to Earth.

So, how would companies going to the Moon, Mars, or beyond engage with each other without a monitoring authority in space? A future association of companies involved in space activities managed by smart contracts could be the solution.

As per Israel, space governance could be advised by three layers of space law: inter- and intra-governmental regulations and a private rules-based system working within the limits of the laws created by the governments on Earth.

“As I consider the likely trajectories of space activities and blockchain technologies and contemplate a ‘full-stack’ of space governance layers, I envision a new layer,” Israel explained, in a lecture.

He further explained that ‘Space Governance 3.0 will be inter-operator: private law regimes constructed from contracts between spacecraft operators (and spacecraft, in some cases) in which all space actors, public and private, play on a level field.’

In order for this smart-contract administration system to function, it may ask for parties to lock up a substantial amount of value to the consortium as part of their contracts in order to respect the rules, as well as handle potential penalties.

Eventually, the role of blockchain in space ventures has yet to be established, but its properties of decentralization in space could become a significant segment of future considerations. As the technology develops further, Israel said, smart contracts could ‘enable satellite operators to make enforceable commitments to each other—almost to self-regulate.’