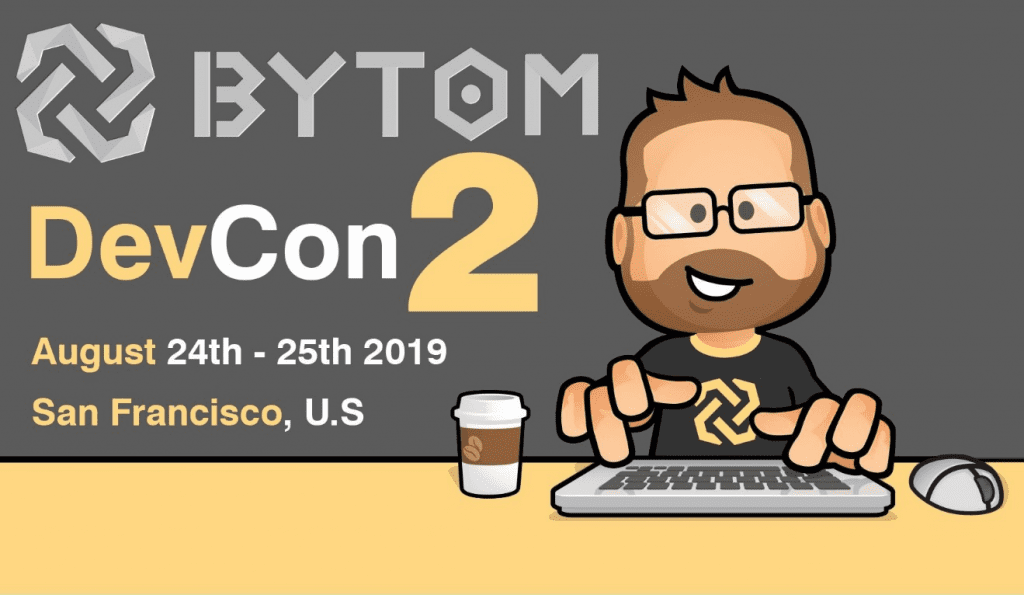 In a crypto space in which things are changing so quickly, and digital assets are so volatile, you could use some well-deserved money, wouldn’t you?

Well, this goes out to all the developers out there, and the announcement should trigger increased interest from their part.

Bytom public blockchain is an interactive protocol of various byte assets. Indigenous digital currency and digital assets that operate in various forms on the Byton blockchain and atomic assets can be registered, exchanged, gamble, and more via Bytom.

They have eventually confirmed all the details for the DevCon 2, an exciting event which will welcome teams from all over he world that will be going head to head for the massive chance to win almost $100,000 in prizes.

It’s exciting to learn that the first place will receive a reward of $30,000 in BTM tokens.

Since the huge announcement in May, there have been already registering teams of developers from the US, Zambia, India, Taiwan, and Venezuela.

The signup process will continue until August 2nd, 2019, and you can hop online and sign up yourself as well.

The same event which took place back in 2018 as well was a complete success and this year’s one will definitely be the same or even above.

Last year the competition managed to attract almost 100 dev teams from the US, China, Europe, and South Korea. Sixteen teams have been selected for the final round, and they all shared a prize pool of $2 million in BTM tokens.

In August, San Francisco will become the host of this massive competition which is focused on finding tech talents who will be able to strengthen Bytom’s development capabilities and enhance e the overall ecosystem.

The prize pool is of almost $100k and also support in incubation, fundraising, tech development and of course, massive media exposure.

The teams that will be entering the final round will be competing for the first prize which, as we already said, will be an equivalent of $30k in BTM tokens.

Prizes and timeline of the event

The registration will last until August 2nd, the preliminary will be taking place between August 3 and August 7, and the final and roadshow are scheduled for August 24 and August 25.

We recommend that you head over to the official website in order to find out more about the requirements, judging criteria, and more essential details. Good luck!