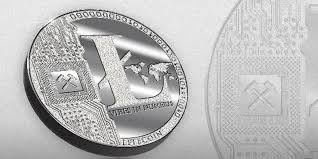 Much of the cryptocurrency news this year has been dominated by the Bitcoin scaling debate eventually leading to the most famous fork of the year the fork of Bitcoin Cash. But while the Bitcoin world has been rife with debate about what is the best solution to solve the scaling debate Litecoin (LTC) has been moving on with implementing solutions as opposed to splitting the community.

The Litecoin developers have already implemented Segwit and are very close to rolling out the lightning network in order to try and move more of their smaller transactions off of the blockchain until it is needed to write them to the distributed ledger.

With Litecoin (LTC) being among the first cryptocurrencies to address and implement solutions for this scaling issues, this could make 2018 a promising year for Litecoin by allowing the Litecoin blockchain to handle all of the small transactions that you would usually take a very long time as well as cost a large amount in transaction fees on the Bitcoin blockchain.

As cryptocurrency becomes more and more popular and receives more and more mainstream attention as I’m sure it will continue to do so. People flocking to Bitcoin could soon become well aware of the scaling issues that are present in the cryptocurrency. If Litecoin can become known as the smaller transaction cryptocurrency the could fuel more widespread adoption. This could become a very promising time as people are now starting to look at Bitcoin as more of a long term storage of value as opposed to a day to day small transaction currency.

With the recent breakthrough of an atomic swap between the Bitcoin and Litecoin blockchain this could allow Litecoin to fulfil it’s common description as the silver to Bitcoin’s gold and allow people who are invested in Bitcoin to siphon off some of their long term investments into a currency that can be transacted in small increments in order to help spending and become a usable day to day currency. Nobody knows what the future holds for Litecoin but with it’s recent breakthroughs and new market highs it’s looking positive for the cryptocurrency that for a while many people was going to live forever in Bitcoin’s shadow.

Once people start to realize the problems that Litecoin has already begun to solve it will become a more appetising investment set for big growth during 2018. Litecoin also being a much cheaper coin makes itself more appealing to many investors who would like to hold whole coins as opposed to just holding a very small segment of Bitcoin fearing they’ve already missed out on Bitcoin but could maybe make some money on a different altcoin. This thinking has made altcoins popular over the past year and with all the advancements in Litecoin it could prove to be very useful as well as a good investment set for some interesting moves and possibly some big gains in 2018.

Overall the future looks bright for Litecoin as they have managed to solve a lot of the problems that Bitcoin has also been solving but without splitting the community with a fork. That alone gives Litecoin it’s advantage against Bitcoin. As long as Litecoin can keep it’s community together as well as moving forward implementing good solutions to all the scaling problems that blockchain based cryptocurrencies which it’s development has proven to do time and time again, then 2018 could be the year for Litecoin. As many more transactions are passed over the Litecoin network it will get the chance to prove that it can scale effectively while proving to be a useful coin and an interesting investment for the following year