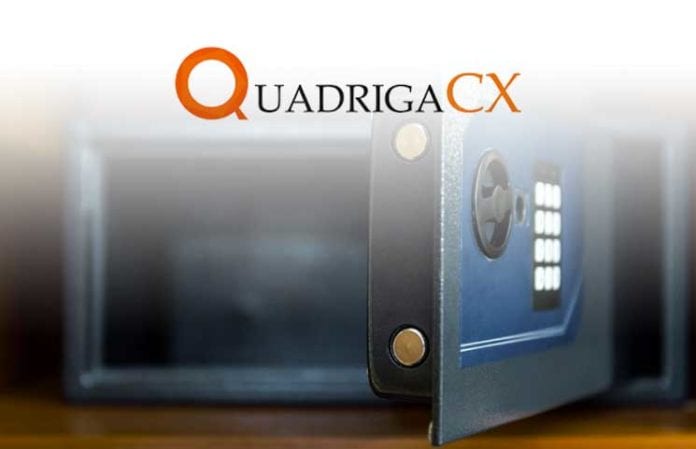 QuadrigaCX is Canada’s largest exchange, and it seems that they’ve been struck by bad luck.

After Gerald Gotten died the past December, the exchange was not able to access the password or recovery key, reports The Guardian.

Lots of cryptos lost in an “online black hole”

“About $190m in cryptocurrency has been locked away in an online black hole after the founder of a currency exchange died, apparently taking his encrypted access to their money with him,” the online publication writes.

Investors in the exchange were not able to access their funds, and according to a court filing that’s been first reported by CoinDesk, Cotten’s widow said that the crypto exchange owes its customers about $190 million in cash and crypto held in its cold storage.

“Quadriga’s inventory of cryptocurrency has become unavailable, and some of it may be lost,” Jennifer Robertson wrote in the filing.

Cotton was only 30 years old, and he dies in India back in December 2018 from complications from Crohn’s disease, says the company. He was reportedly in India, “opening an orphanage to provide a home and safe refuge for children in need”

The Guardian writes that the sad news came after a decision by Canadian Imperial Bank of Commerce (CIBC) to freeze $28 million of assets held by Quadriga after saying it was not able to identify the real owners of the funds.

Board of directors issues an official message

The widow was not involved in the business.

In the filing, Robertson said that there had been a “significant amount of commentary on Reddit and other web-based platforms about Quadriga, Gerry’s death (including whether he is dead) and missing coins.”

Robertson says that she has access to his laptop, but she’s not able to open it: “The laptop computer from which Gerry carried out the companies’ business is encrypted, and I do not know the password or recovery key. Despite repeated and diligent searches, I have not been able to find them written down anywhere.”

The platform has been put on hold by directors on January 26. You can read the official message from the board of directors.

Bitcoin (BTC) Theft Is Reportedly Still On The Rise, The Latest Report Reveals