After the high levels in price Cardano (ADA) saw in July, the coin has faced a strong retracement against Bitcoin. ADA has dropped by dozens of percent against the king crypto coin, squished in spite of a rally in many other crypto assets.

Cardano may soon be able to outrun Bitcoin, however, as per a renowned technical indicator that foresees reversals in the trend of an asset.

Cardano Could Reverse Higher Against Bitcoin

Cardano​ is predicted to reverse against Bitcoin to the upside, the Tom Demark Sequential shows. The sequential is a time-based indicator that prints ‘9’ to ’13’ candles when an asset is believed to find an inflection point in its pattern.

In reference to ADA, a ‘buy 9’ candle has formed, implying it will soon go up against Bitcoin. 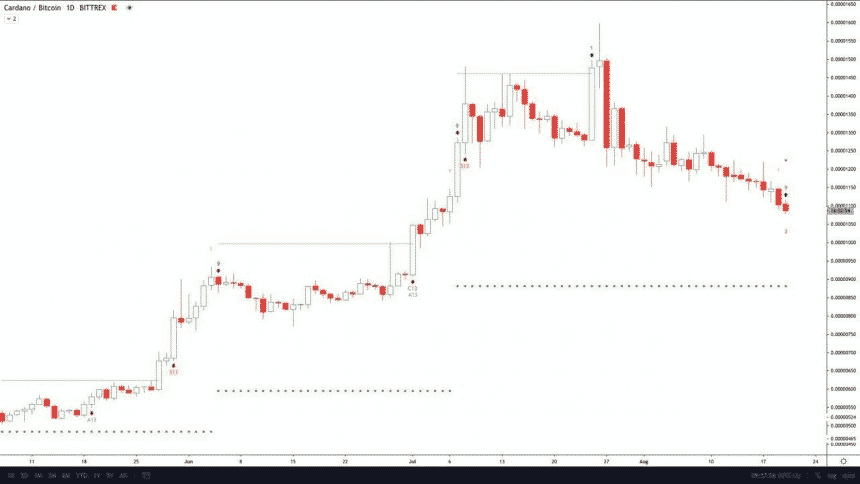 However, not everyone believes that this script will actually play out. One analyst noted that ADA is probably on the verge of ‘falling off a cliff,’ pointing to the way each of the recent rallies has been weaker as proven by the declining buying volume:

“Just took a look at a random major $ADA. Notice how each rally is weaker, with a smaller impulse and declining volume. There’s red flags everywhere to me. Yes, there’s no confirmation, but we really can see some pullbacks deeper than you expect. This looks ready to fall off a cliff.” 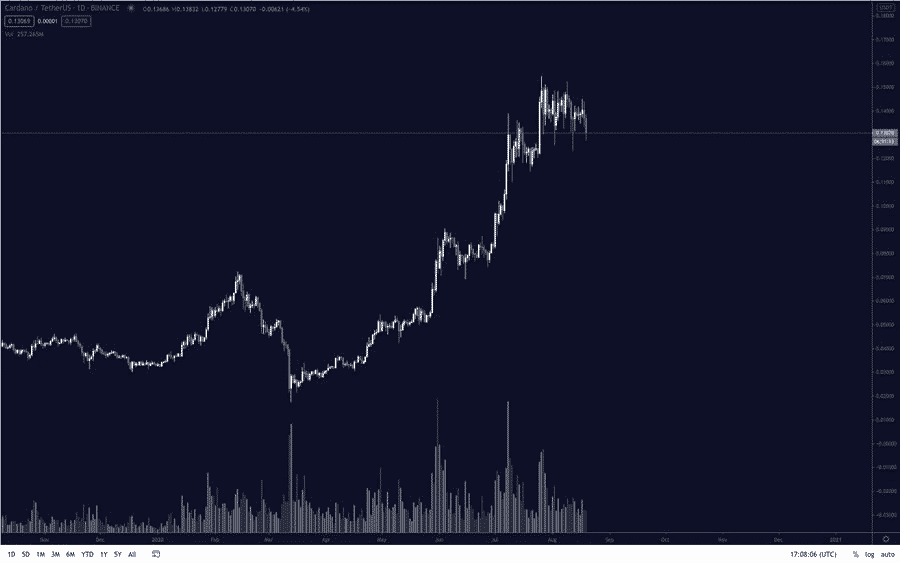 This statement was also supported by another trader, who noted that Cardano’s price action looks just like it did at the start of this year after a parabolic rally.

Everyone Focuses on Bitcoin

Volatility in the Bitcoin market, however, could stop the price action of altcoins like Cardano​. According to analysts, in periods of low volatility, BTC has the capacity to outrun altcoins.

Mohit Sorout of Bitazu Capital said: “Most (altcoin) cycles in crypto are centered around bitcoin volatility. When it dries up, no one wants to trade BTC, which becomes evident from the volume as well. This leads to a large uptick in speculation on alts, driving their prices up – typically alts with strong narratives & large scale memetic behavior get the most volumes.”

It is now clear, however, whether or not Bitcoin sees a spike of volatility.