Cardano’s (ADA) broad view of an ICO lets us envision a world where there is no geographical segregation. Imagine a form of data sharing that, no matter where you are in the world, all your assets, information and money are safely in your possession and can be traded or shared at any given time.

In a cryptographic world this could be a reality. Imagine that you lived in India and that the Rupies weren’t doing so great so you would just switch them over to let’s say gold. By buying a token that officially represents an ounce of gold (given the possibility) you would store your “money” or value in a way that you thought would be better.

Cardano (ADA) looks at ICO’s in their purest form. A token that is created to represent a contribution you gave to someone so they could kickstart their project. 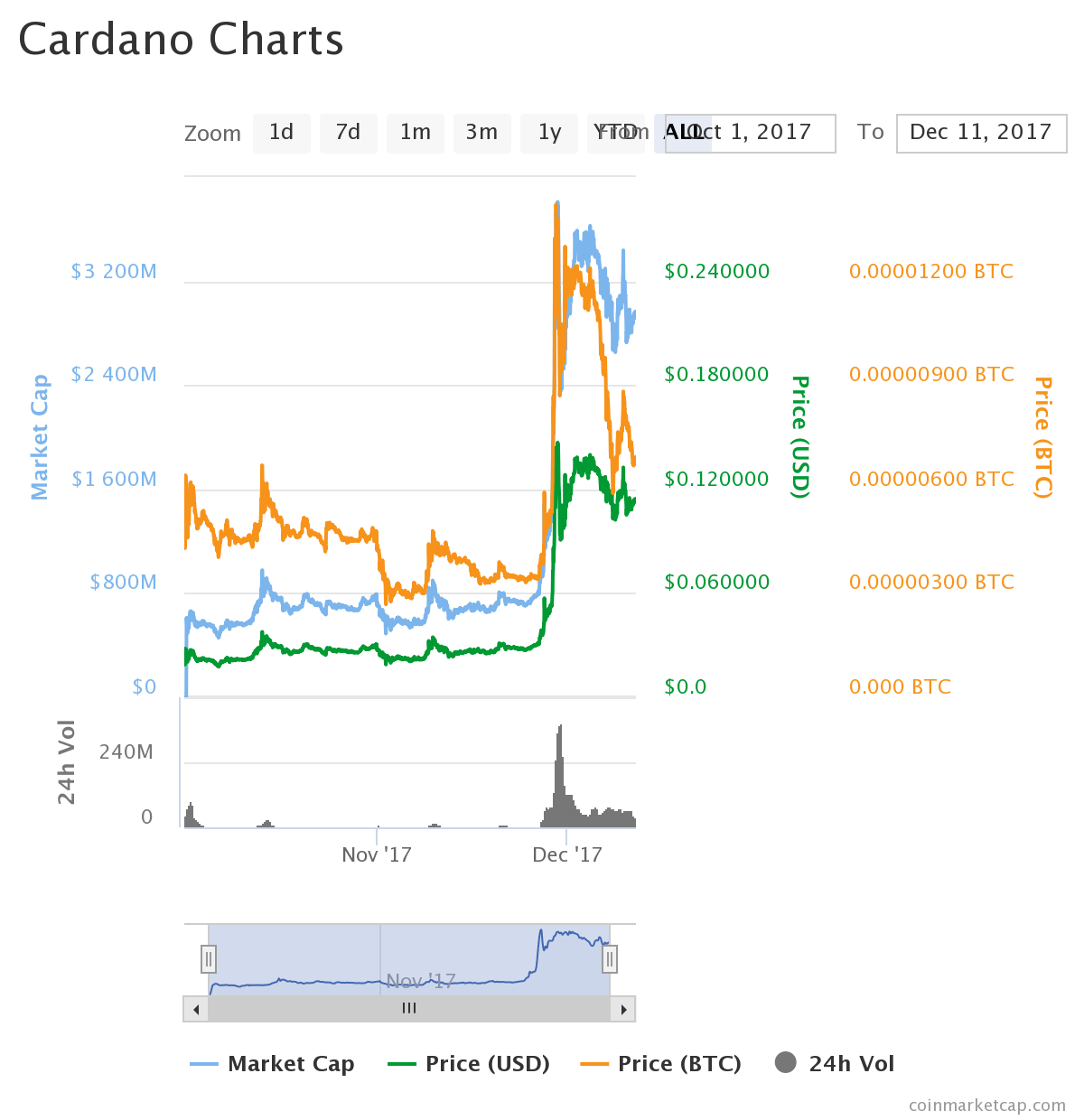 We’ve seen a lot of ICO’s in the recent years but most of them we’re all somewhat similar. They represent a global crowdfunding where by contributing with Bitcoin or Ethereum the people behind a project would invest towards yet another blockchain with different specifications.

But what if an ICO was something broader. Imagine that, for example, you wanted that a crowdfund was raised to get a new sewer system on your town. Everyone who contributed to the funding would receive a token or multiple tokens that represented the form and value of the contribution.

You would then be able to use that token as form of discount on your water bill. This would be amazing, wouldn’t it? You could not only fund what you wanted but benefit from It was well.

Or maybe create a token that represents your pre-paid services! That would count as an ICO, you would then create websites for people who bought your token for example. Cardano (ADA) sees ICO’s as a gateway for this kind of behavior. By establishing safe forms of negotiating everything through crypto tokens and handle them through a decentralized exchange where it would be trustless and corruption free.

The crypto revolution is exactly about that. Cryptographic functions whose properties allow us to trade information or services without the need of trust between the parties.

The real concept of a Cloud

We’ve all heard about cloud technology and how it allowed us to save up space on our Personal Computer but in fact that is not really a cloud, that’s giving your data away and asking for access to it.

That’s not a very smart way of storing information.

One of the most revolutionary steps in the crypto community to date was when the concept of a ERC-20 compliant token could be easily created through Ethereum’s Network.

Charles Hoskinson, co-founder of Ethereum, left the project 6 months in because of diverging opinions with other members. He is now CEO of IOHK, one of the companies taking Cardano (ADA) to the next step of worldwide funding through ICO’s and a new way of dealing with the digital age.

All your assets, information and possessions are digitally stored everywhere on a decentralized grid and not through multiple “Information Silos” that are all different and incredibly slow interacting with each other. Cardano wants to implement a decentralized platform we’re all this is possible.

The exciting concept of an IoT (Internet-of-Things) where you don’t need to live in a geographically stronger financial location like New York, Beijing or Hong Kong.

Breaking down geographical barriers would mean that the now old models of governance would have to majorly adapt to this new form of data sharing. By the words of Charles Hoskinson:

“(…) if we are able to achieve a way to do this by 2030 then the discovery of cryptographic data-sharing would be the biggest step of humanity in the last 500 to 1000 years.”