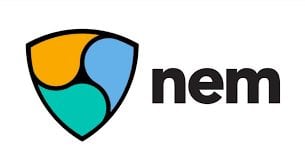 Japanese cryptocurrency exchange Coincheck is starting to refund customers that were affected by the Jan. 26th hack of around $534 million USD worth of NEM(XEM), as well as allowing the withdrawal and sale of certain cryptocurrencies, according to two press releases published yesterday, March 12, on Coincheck’s website.

Japan’s Financial Services Agency (FSA) had initially responded to the hack by conducting on-site inspections of the 15 unregistered cryptocurrency exchanges in Japan. As a result of the inspections, the FSA sent business improvement orders to seven of these exchanges, including Coincheck.

On Coincheck’s press release on the resumption of some crypto sales, they addressed their business improvement order stating:

The NEM(XEM) hack was attributed to Coincheck having stored the NEM(XEM) on a low security hot wallet. Once the hackers managed to steal the private key for the wallet, they were able to take the funds.

In the aftermath of the hack, ten crypto traders filed lawsuits in mid-February over Coincheck’s freezing of crypto withdrawals. 132 more crypto investors filed another lawsuit in early March, seeking around 228 mln yen (around $2 mln) in damages.

Researchers at the BIG Blockchain Intelligence Group Inc. have traced some of the $534 million USD in NEM (XEM) stolen in the Coincheck hack to a Vancouver-based crypto exchange, according to their March 1 press release.

How Was Coincheck Hacked?

Yusuke Otsuka, Coincheck’s chief operating officer, said on Friday that around 523 million NEM coins were sent from a NEM address at Coincheck at around 3 a.m. local time. Over eight hours later, Coincheck noticed an abnormal decrease in the balance.

Coincheck said the NEM coins were stored in a “hot wallet” instead of a “cold wallet.” Company President Koichiro Wada cited technical difficulties and a shortage of staff.

NEM(XEM) is a cryptocurrency launched in March 2015 by a team of five developers identifying themselves as Pat, Makoto, Gimre, BloodyRookie and Jaguar. Its acronym stands for New Economy Movement and, like other cryptocurrencies, markets itself as a digital coin outside the control of governments and central banks, which can be used for fast, global transactions.

NEM was launched to rectify the high concentration of wealth that some in the cryptocurrency community believe to be one of the key weaknesses of bitcoin, the world’s most widely known cryptocurrency, whose early adopters have turned into multi-billionaires.

How Can Investors Avoid Being Hacked?

Experts say only money needed for upcoming transactions should be kept in hot wallets. Even then, trading one cryptocurrency for another can be done over decentralized exchanges, such as Shapeshift, Changelly or Waves Dex, directly from the holder’s wallet and not from a wallet controlled by an exchange in their name.

Risks of fraud or hacking then only occur when a holder wants to exchange crypto assets for fiat currencies, but these can be minimized. Transactions can be done peer-to-peer in a safe, public place amongst members of the local crypto community rated by reputation on websites such as localbitcoins.com or via a centralized exchange, with the risk of hacking limited to the amount of time spent online to perform the transaction.

Other safe bets would be create offline wallets or store it in hardware wallets such as Ledger or Trezor.