You may recall that not too long ago, we reported that the whole crypto space seems to be having enough of Craig Wright’s speculation and major exchanges have begun delisting his token, BSV.

The man is claiming to be the inventor of Bitcoin and his latest moves involved sending legal notices to Ethereum’s founder Vitalik Buterin and podcaster Peter McCormack, according to the online magazine Investinblockchain.

The man threatened them with lawsuits for libel and defamation.

Following an order issued by the US District Court of the Southern District of Florida, the self-proclaimed creator of Bitcoin, Wright has submitted a list of BTC addresses that are associated with a blind trust.

More in-depth analysis could prove whether or not Wright really is Satoshi Nakamoto, the creator of Bitcoin, as he’s been claiming to be for quite a while now.

Wright is involved in an ongoing court battle against the estate of his former business partner Dave Kleiman, the Tokyo-based Bitcoin researcher and software developer Kim Nillson of WizSec said that the redacted addresses are “not hard to guess,” as reported by the Daily Hodl. 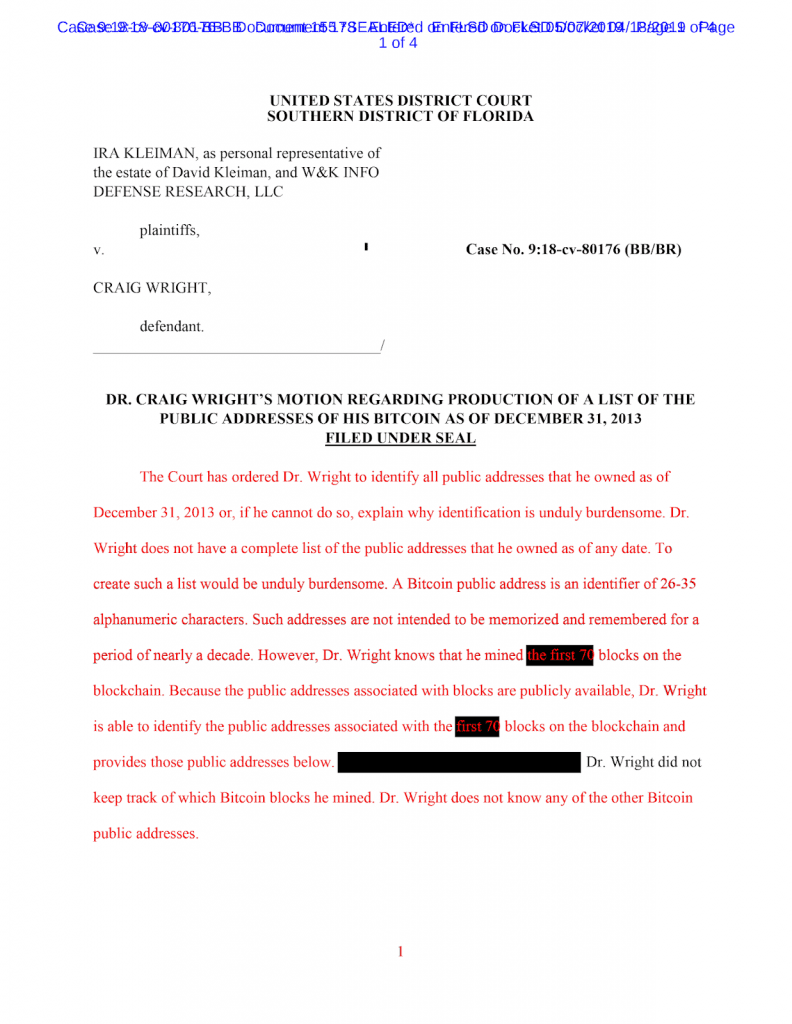 Instead, he claims that “Wright just scraped the blockchain for early block reward beneficiaries and claimed those.”

WizSec says that if you “Take the list of the first 70 block reward addresses (excluding the Genesis block) and they line up perfectly with Wright’s redacted list. We can even make educated guesses for the other redacted text by typing up candidate text in a word processor with matched formatting and checking whether it lines up with the original document.” 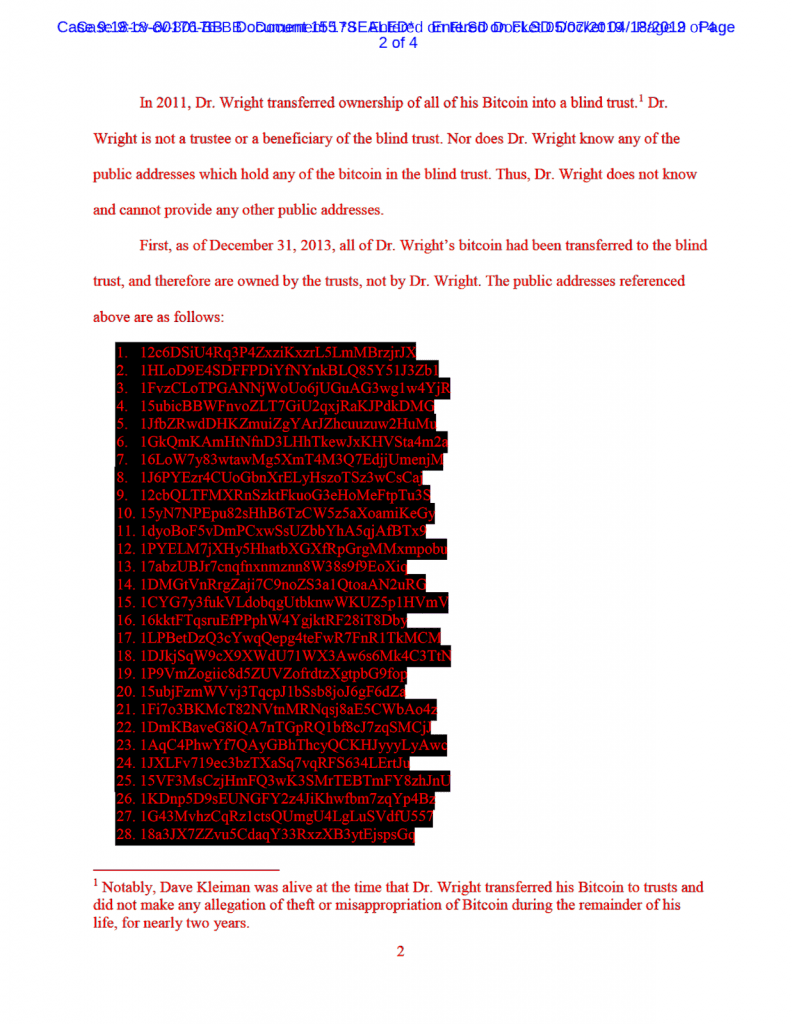 There are no cryptographic signatures to support ownership

WizSec continues and says “What Wright does provide appears to be just a lazy copy-paste from the blockchain, without any cryptographic signatures to support his claims of ownership.” 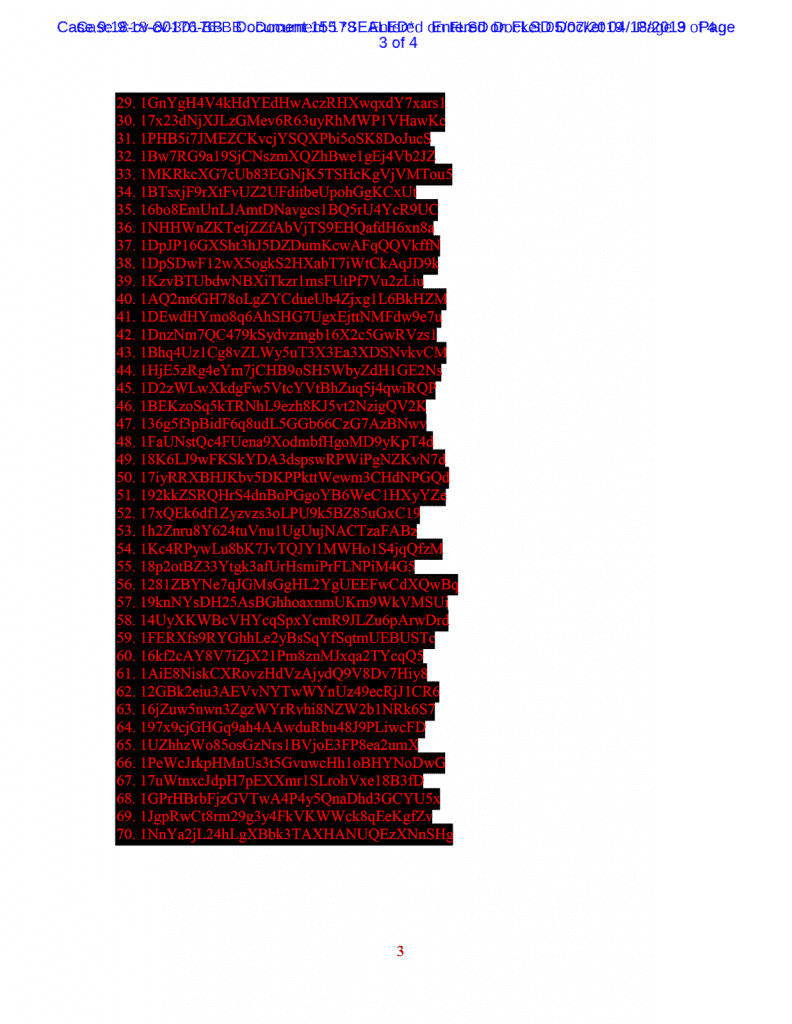 So, it seems that things are not exactly going the way Wright was hoping. We’ll keep you posted on the subject.