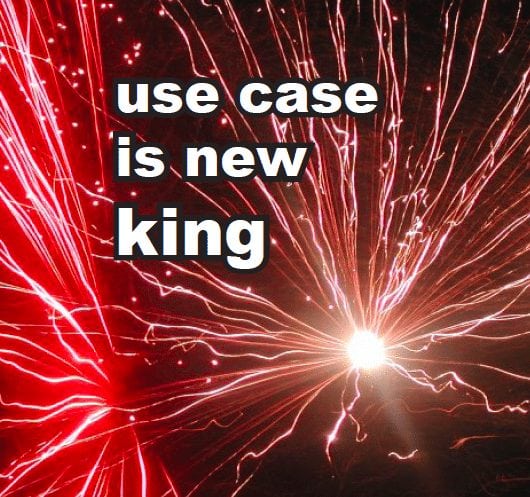 If you think that Wall Street is done with crypto, you must be foolish. If there is a penny to speculate in any index that can yield three or four pennies more, then Wall Street investors will be there ready to pounce, sharpening fangs. Though Wall Street investors might be able to make a buck or two off of crypto, most of these investors have no idea how powerful the crypto sector will soon become, and how it’s connected to the next stage of the development of human society.

It’s likely that Wall Street raiders made out big during the Wall Street Rush of 2017, an eight-week span from November to January when alt-coins generally surged 3,000 to 10,000 percent.

And while crypto HODrs were staring in amazement at their short-lived profits, crypto started to crash—around mid-January 2018.

Crypto enthusiasts were pretty used to seeing weirdly exponential profits, but Wall Street isn’t. For example, in the so-called “nine-year bull run” that has so many financial investors and analysts excited (though now worried), Wall Street investments generally grew about 275 percent. That’s a nine year span. In 2017, however, many alt-coins grew 3,000 percent and more. XRP, DOGE, ETH, LTC, BTC, and many, many more. That’s no typo.

In one year, most major and many not so major cryptocurrency values literally catapulted. So when Wall Street raiders saw their profits sky rocket during the Wall Street Rush of 2017, they did what they are programmed to do. They took the weirdly exponential profits and they ran away with them, likely nesting them right back into Wall Street.

This Wall Street  dumping of alt-coins deflated the cryptocurrency market.  Yet despite this general cryptocurrency deflation that has been happening since mid-January, all major alt-coins have so far managed to find a support line that was generally three to four times higher than correlative prices just before the Wall Street Rush.

So what message does that send to the Wall Street investor. The message is this: Cryptocurrency is a much tougher and resilient sector than Wall Street was bargaining for. Sure, some people got scared off in the recent fall of alt-coin value and they sold their holdings. But those people didn’t understand what they were holding anyway. To them, crypto is just a bag of shiny rocks.

But a scan through social media sites for XRP, LTC, IOTA, DOGE and other promising alt-coins shows that many investors understand that the true, long-term value of their coins hasn’t even begun. 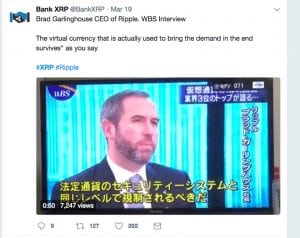 WALL STREET JUST DOESN’T GET IT

People like to compare crypto investments to stock investments like Amazon, Facebook, or Google, investments that have seen similar rises in initial investment and long-term value as crypto. But the truth is that these comparisons are flimsy. The demonstrated value of cryptocurrency in general far outshines the promise of stock investments, because cryptocurrency is a completely revolutionary sector. When a coin like Ripple (XRP) has demonstrated that it can cut the transmission costs of sending cross-border fiat by more than 1,000 percent and can process 50,000 transactions per second, and when an alt-coin like IOTA is showing the potential to serve as the building block for an entire smart city, you sort of have to step back to consider the possibilities. Sure, Google built a better search engine, and Facebook built a better social-media communication platform, but cryptocurrency is revolutionizing the nature of information and finance communication simultaneously, while also creating trusted, peer-driven networks that are more resilient to manipulation and fraud than any fiat, credit card, or government ID—fusing the functions of messages and currencies in society itself. It’s sort of like making a airplane-car-bank, but more complex, more essential, more stable, and more revolutionary.

As the story of cryptocurrency unfolds and as the possibilities of alt-coins match up with use-case applications, cryptocurrency is going to continue to establish itself in the fabric of social life. Economics is only a secondary aspect of this integration. Essentially, we are talking about the stable transmission of information and source identity, and monetary value is only a correlative of this.

When this integration finally happens, global finances will be more secure than they ever have been, and the transmission of messages AND value will happen more fluidly, more stably, and more dependably.

If you are a Wall Street investor and you don’t understand this—if the real value of cryptocurrency hasn’t clicked in your profit-driven DNA pattens—there is no problem with that. Cryptocurrency doesn’t really need you. Because there are plenty of crypto-enthusiasts who are holding their alt-coins for all the right reasons. There are plenty of crypto HODrs who know their alt-coin values will continue to grow. But it’s not just about the money. They understand that cryptocurrency is the next major human innovation, and it’s all happening as you read this report.

ADVISORY: I am not a financial advisor and the information in this report is opinion and market commentary only, and not intended to be used or construed as financial advice. I would not recommend speculating on cryptocurrency. I own some XRP, DOGE and other alt-coins. I don’t day trade.