The crypto market has been very volatile these days with some coins surging to the moon thanks to exciting announcements in the cryptosphere, and others, more specifically Bitcoin, dropping a lot.

Meanwhile, Berminal reports that Circle announced that from now on, individuals and institutions would be able to tokenize physical currency for cross-border and overseas transactions.

This new stablecoin is called USDC, and it’s built on the Ethereum ERC20 protocol. Circle currently operates Poloniex, while it is backed by Goldman Sachs.

Bitcoin is trying to recover from the bear attack

Peter Brandt, Mike Novogratz, Tim Draper, and more experts have reportedly concluded that Bitcoin bottomed this week and it will gear up and reverse its course shortly, according to tot Bernimal’s reports.

Last week on Friday, XRP was up by 200% as you can see in the chart below, and it managed to reach a peak of $.076 making all Ripple enthusiasts jump for joy. 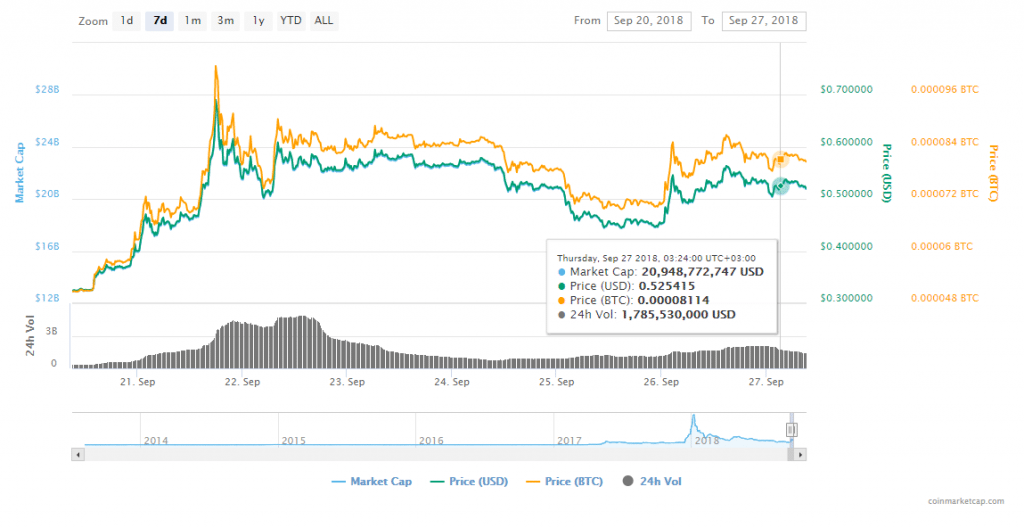 Sikur to roll out a Sony smartphone, SIKURPhone

Sikur revealed that the company plans to launch a Sony smartphone customized model, SIKURPhone, according to Berminal.

The device will be Android enhanced with a secure crypto-oriented SikurOS software which will include a crypto wallet and a bunch of security-oriented features including the functionality of remotely wipe the device together with Sikur’s Secure App Store which will be launched before the end of this year.

The company just announced that it plans to change this shortly and list more cryptos on its platform.

The announcement triggered massive enthusiasm in the cryptosphere.

The company also plans to add a system via which projects will have the ability to request the exchange for listing.