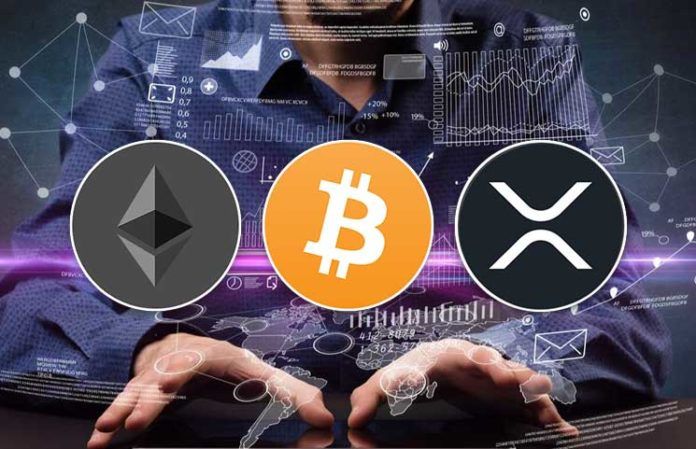 There are various optimistic predictions after the Bitcoin halving, and one of them suggests that Bitcoin could be hitting $50k by the end of 2020 due to two main reasons.

Other bullish long-term predictions are claiming that BTC is set to hit $100k by 2021 and even $1 million in the next decade.

Now, Nik Patel, crypto analyst and author of An Altcoin Trader’s Handbook updates his outlook on Bitcoin, ETH, and XRP.

At the moment of writing this article, BTC is trading in the red and the most important coin in the crypto market is priced at $9,467.02.

Patel continued and explained, “There will be a lot of sell pressure coming in from everyone who’s been shafted after longing the breakout [and] retest. Overcome that, and I think 10550 and higher is on the cards.”

Important levels to watch out for ETH and XRP

Regarding Ethereum, Patel said that ETH needs to stay above the $195 level. If it can, he sees a lot of upsides ahead.

He said that “If it breaks below that number, he believes a big drop to $156 is “very possible.”

He continued and explained that if ETH pushes back above this level, we should look for a higher-high to form, and the market will become bullish.

At the moment of writing this article, ETH is trading in the green, and the coin is priced at $200.82.

“Such a move would also take us above the important pivot at $228, which would likely lead to a swift retest of the high at $290,” he said.

Regarding Ripple’s XRP, Patel says it’s also on the edge at its current price of 20 cents.

We recommend that you check out Patel’s complete notes.