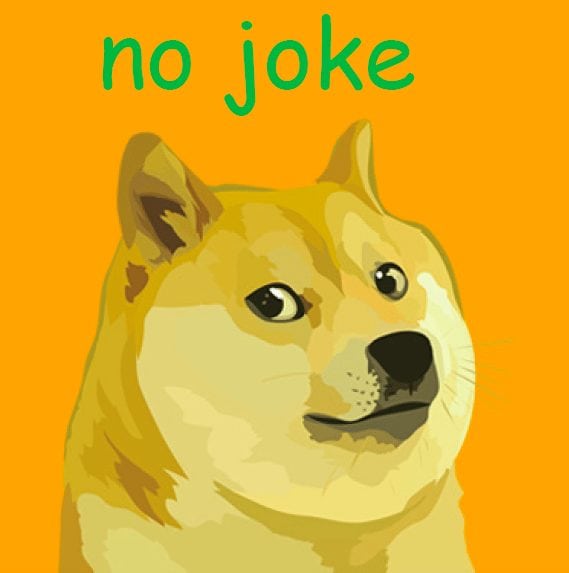 Probably the most known MIS-information about Dogecoin is that The New York Times wrote a piece about it last year and held the coin up as an example of a half-baked concept for gullible people, dusting off an early Dogecoin architect for an interview which has now popularized a misconception that the coin is a “joke”.

But the real and continuing architect behind Dogecoin, Ross Nicoll, one of a team of four who work non stop and tirelessly on Dogecoin releases, updates, and system health, has other things to say about this cryptocurrency that has just edged into the top ten most-used currencies and that has entered the top five coins used for payments—with as much or more use as Litecoin and Bitcoin Cash, according to statistics available at bitinfocharts.com 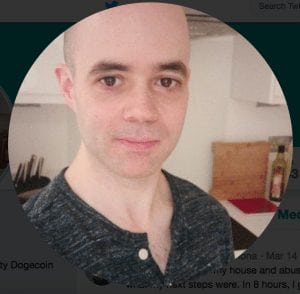 In a podcast interview at coloringcrypto.com, Nicoll dispels myths about Dogecoin popularized by The New York Times piece published in late 2017 that describes Doge as a Bitcoin copy that simply slapped on a dog meme on the package and marketed it to Millennials and Generation Z-ers. Despite The New York Time’s article that offered misinformation and misconceptions as financial news, Dogecoin has been doing just fine, and is an essential component of a ground-breaking operation known as the Doge-Ethereum bridge project, which allows Dogecoin to piggy back on Ethereum and be used in smartcontracts that will release the Dogecoin after the agreement. Too, Dogecoin is expected to hard fork sometime this year.

Myths in the NYT story that continue include the wrong notion that Dogecoin has not had an update in years and that the cryptocurrency is dangerous and part of a dangerous system. Exactly how a coin with a Shiba Inu meme on it is such a supposedly bad thing for humanity–a coin that people use to tip each other for good deeds and to support philanthropic pursuits such as sending a Jamaican bobsled team to the Olympics–is a little bit of a mystery.

Nicoll however sets the record straight, explaining that Dogecoin has in fact undergone updates, releases, and stress tests to ensure its usability. That Dogecoin is emerging as one of the most used coins for payments and is in the top ten lists of coins now being used for sending is proof of the coin’s durability.

“We are very very careful with everything we do. We’re taking code that is well tested … keeping half a billion dollars of people’s money over four years stable. . .  We’re doing very very very well,” Nicoll explained about the job that his team of architects and a growing list of volunteers are doing to keep Dogecoin running smoothly.

So very and so wow. Amaze.

Dogecoin has a completely independent blockchain, explains Nicoll, and it is not dependent on the Bitcoin platform—and DOGE is a faster currency and more stable for transactions, costing a fraction of Bitcoin for settlements.

There are 1,514 cryptocurrencies now listed on coinmarketcap.com. With Dogecoin generally being listed in the top 20 coins, Dogecoin is anything but a joke.

Dogecoin was the sixth cryptocurrency ever created and it has an affiliation with Namecoin and Litecoin. Dogecoin shares technology with these coins, Nicoll explained. “There’s an exchange of technologies going on there,” Nicoll said in the interview.

Dogecoin however is extremely unique.

Doge is a currency, Bitcoin is an artifact

Bitcoin is no longer a cryptocurrency, Nicoll explains, because the fees are too high. Bitcoin then is like a Picasso or a Matisse. It has value as an artifact, but not as a utility. But by changing the block for Bitcoin, such as how long a time it takes for a block to mature, and increasing the time between a block being mined and being spendable, Dogecoin has emerged as a true and unique cryptocurrency that is designed for use, and it is being used more and more daily as more and more stores accept it as payment, and more and more exchanges list the coin on their offerings. One such exchange is the concept-forward Abra, a California exchange that has just included Dogecoin on the world’s first “wallet exchange,” allowing Doge to be bought by American Express credit card and to be traded worldwide in 50 fiats, with 19 other alt-coins.

Nicoll attributes the rise of Bitcoin to name recognition, and not to anything intrinsically valuable about the use of the coin. There are however intrinsic use values to many alt-coins on the market, and Dogecoin in this capacity continues to be a quiet though rising star that is in fact so wow, such amaze, and many, many, many teamwork.

Advisory: I am not a financial advisor and I do not recommend speculating in cryptocurrency. The information here is commentary and opinion only.  I do own some Doge, so wow!