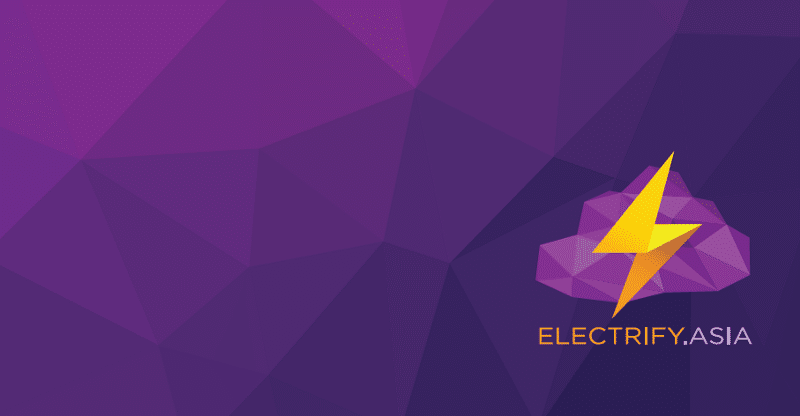 Crypto scams are something that you’ll be hearing about in the crypto space more and more these days as digital assets are growing in popularity. The downside is that so are the bad actors.

The latest subject that we’re bringing forth involves ElectrifyAsia (ELEC).

According to official notes, Electrify is the every first retail electricity marketplace in Southeast-Asia and it drew attention to the project, by addressing the need for high transparency and security in the consumption of the energy field.

The CEO and co-founder of the firm is Martin Lim, and you can check out his LinkedIn account to learn all the available details about the man.

From March 2019 until now, he’s been CEO at Electrify, and before this, he was the COO for the same company.

He created the company together with Julius Tan, and he notes that the firm addresses real needs in Singapore’s energy market, and it represents the next-gen in the mature of this market.

“For the first time, consumers have the power to choose how they want to buy electricity—from cheaper electricity prices to clean energy, bundled deals to energy-saving offers,” he writes on LinkedIn.

His notes continue and reveal that “Every energy quote is bespoke and generated by Fibonacci™, our proprietary electricity pricing engine that sifts through millions of possible price permutations, to simplify your buying decision and deliver the best value. We want to help you make smarter decisions by putting the power to choose in your hands.” 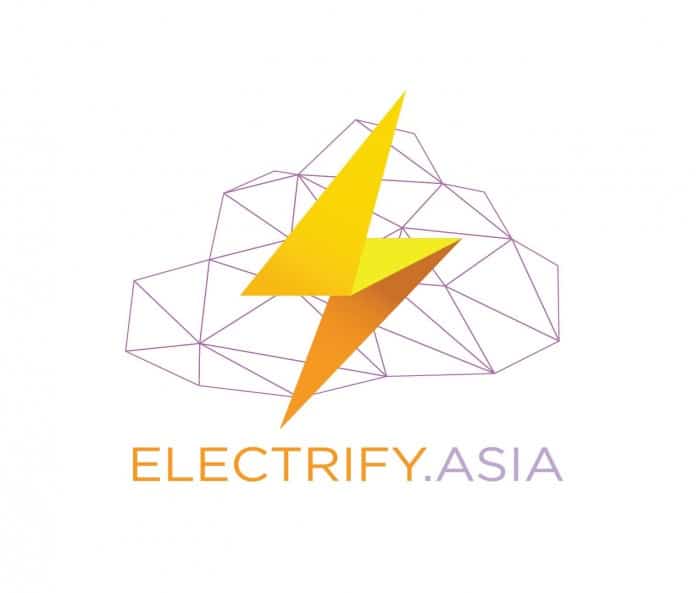 Anyway, we suggest that you check out the complete notes in order to learn more details about the man.

Julius Tan is the other founder of the company, and his LinkedIn account says that since June 2019, he’s been working as APAC lead, Modeling, and Analytics, Distributed Energy at Shell.

What seemed a really promising project turned out to be a true nightmare, and this is where we wanted to get with our story because the directors of this publication are finally taking action.

There’s a Reddit post dating back 2 years ago which notes that Martin Lim is a career conman who worked as a door-to-door suitcase salesman in the past, and he reportedly “stole from cancer patients.” 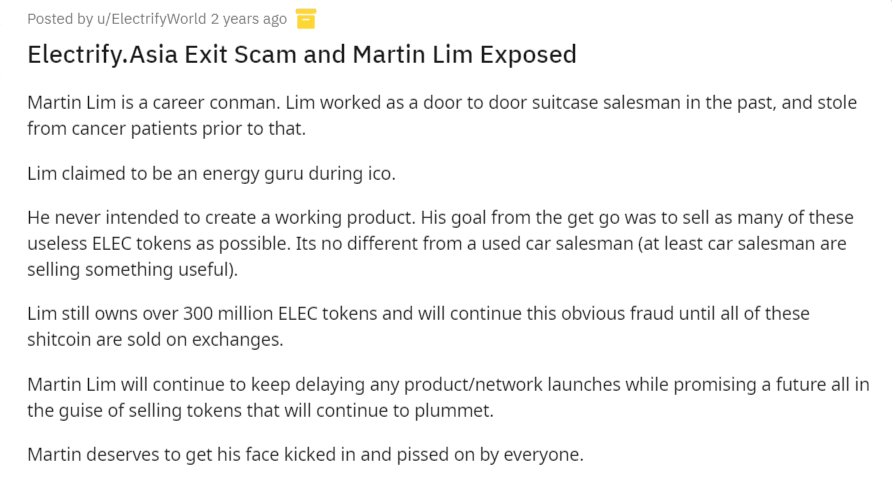 After a lot of investors were interested in the project, it seemed to have failed, and, as many already noted, Martin was not able to resurrect it although the fundamentals were already there. Needless to highlight, the disappointment of investors and GryptoGazette directors are among them.

There’s a project on the move to create a fund for the cause:

People are supporting the cause, and you can check out the complete Reddit thread to learn more: 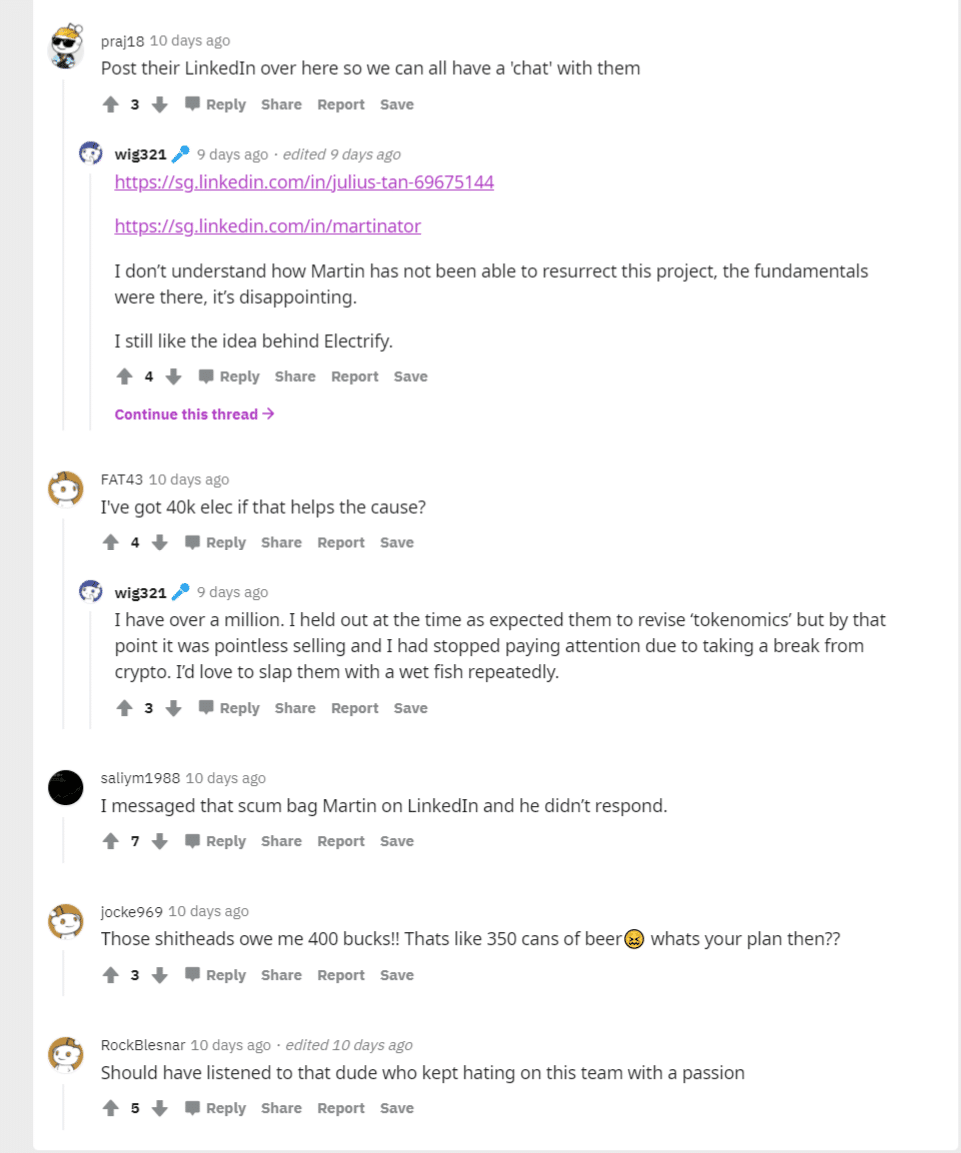 It’s also important to note the fact that CryptoGazette holds one of the largest wallet balances of ELEC and that we are in contact with lawyers to pursue civil and potentially criminal charges, stay tuned for more details and drop another useful note here.

Electrify.Asia Allows Decentralized Energy To Support Smart Cities – ELEC Is Up More Than 8%