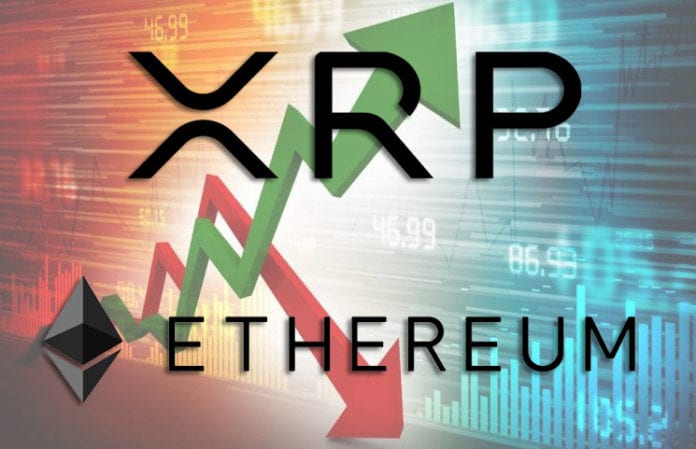 The crypto market has been in the middle of a strong correction for a few days but this has not stopped the optimistic predictions from pouring in the space.

Most digital assets are trading in the red today as well.

XRP and ETH are reportedly ready for the bulls

One of YouTube’s most popular crypto figures just said that he believes that XRP and ETH are gearing up for a pretty significant rally soon.

During a new episode of DataDash, Nicholas Merten highlighted a few higher lows that XRP has posted against Bitcoin since back in 2017.

According to him, the higher lows show that the coin is slowly but surely building strength and also support, and it’s basically gearing up for a new massive breakout.

“So this to me is extremely significant. Support lines like that, that take into account major bottoms in a given asset, especially in crypto, after having these parabolic runups afterwards, really gets me excited.”

It’s important to note that even if Merten does talk about a breakout, this will take some time until it’s able to become a reality.

“I’m not so certain we’re going to have a breakout just yet. A lot of people are jumping the gun on it. What I want to see is a close, or breakout, on good volume across some of the major exchanges like Binance, etc., over this relative point of resistance in July of 2019…”

ETH to have a similar fate as XRP

He said that XRP is a momentum play, and he also noted that ETH would have a similar fate as Ripple’s coin.

This will come after the big crash from January 2018.

He pointed out to the fact that ETH suffered a massive correction of about 90% since January 2018 and the trend is similar to what happened in 2017, according to him.

We recommend that you check out Merten’s complete analysis in the video above.