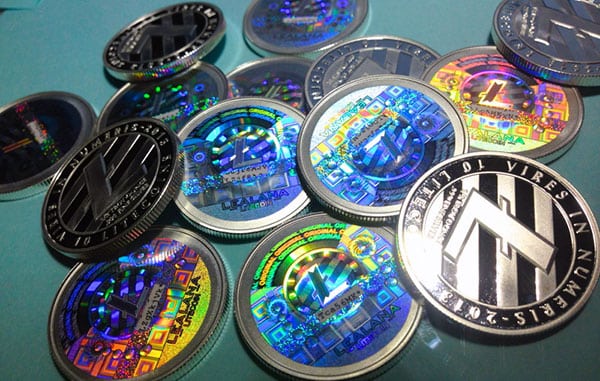 Let’s face it: The world of cryptocurrency is confusing even to those of us that have been following this “wild west” market since the early days. For someone new to this space, cryptocurrency can be downright overwhelming. What’s more, the pace at which new coins are being created and current technology is being upgraded combined with the lack of regulation makes staying current a significant and time-consuming challenge. That’s the bad news.

Here’s the good news: If you’re one of the many people confused and overwhelmed by this new technology, you’re not alone and it’s possible to get yourself up to speed with dedication and time invested. For those who think they “missed” the cryptorush, nothing could be further from the truth. That would be like saying opportunities to make money from the internet disappeared after the dot com bubble burst. Mark Zuckerberg might disagree. This technology is still in its infancy, it’s not going anywhere, and it’s going to affect every corner of the world in the coming years.

To simplify (possibly too much), a “coin” is the application of some form of blockchain technology to a specific use case with the aim of eliminating the need for trust or a third party. The need for trust in a system creates a single point of failure susceptible to potential bad actors. A “use-case” is a real world application. For example, a cryptocurrency like Bitcoin aims to serve as a store of wealth, enable immediate, feeless, and global transfer of money, and enable micropayments between IoT (Internet-of-Things) devices. A digital asset like Ripple’s XRP is aiming to use blockchain technology to streamline the cross border movement of money between banks and financial institutions. Monero chases anonymity and Ethereum is enabling smart contracts. I’m sure you get the idea but if you’d like to read more on this, check out the crypto wiki page.

To Invest or not to Invest… the trillion dollar question.

How on earth do we evaluate these coins from an investment standpoint? The problem with most of these coins is at this point they are nothing more than an idea with a team (sometimes known, sometimes unknown) behind it. What’s more, there are usually very few real world results to date, if any. More often than not, coins are nothing more than a white paper with hopes and dreams and a fancy website.

In this market, information is everything. Without information, it’s impossible to even begin to evaluate a coin. You’re already speculating heavily by investing in this market, don’t throw your money at random ICO’s you know relatively nothing about, hoping and praying they will “hit”. Empower your decision making by looking for whatever information is available. If you’re reading this and thinking that just that restriction alone greatly diminishes the number of potential investment opportunities, you’re right… and that’s the point. Too many ICO’s have been scams… don’t believe me? Check out this article for more information.

The following are the three criteria I use to evaluate coins that I am considering investing in. Keep in mind, this is a far from perfect system of evaluation and there are many other criteria which can be used to research coins. But, for a beginner trying to wrap their head around cryptocurrency, this is a simple method that will not only help to narrow down the vast number of potential coins out there, but will also educate you through the process and who knows, maybe even make you some money along the way.

Look at what the coin is trying to do.

What is its use case? If successful, what problem/s will it solve and how large is the market that it would affect? Size of the market is critical from an investment standpoint. The larger the market, the larger the potential need for and adoption of the coin.

Is the coin necessary or could the use case be accomplished through blockchain without using a native token? If the coin isn’t absolutely necessary, don’t invest. Period.

Who is behind the coin?

This is important and a point on which some would disagree. For my money, I would prefer to invest in a coin with a group of Harvard Business School graduates or Silicon Valley vets behind it than someone with no prior successes or notable education. Charlie Lee’s (founder of Litecoin) background gives him more credibility than an up and comer. That said, Vitalik Buterin is a great example that shows this rule isn’t steadfast. For my part, if I don’t know the team behind the idea, I don’t invest, no matter how enticing the coin might seem.

Look at the technology behind the idea. Is it novel? Is there something that sets it apart? Is the coin mined or pre-mined? How are transactions on the blockchain ledger verified? There are many coins out there already claiming that blockchain’s technology is obsolete and their “better mousetrap” is going to win the day. IOTA’s Tangle is a good example.

This is the difference maker.

Is the coin just an idea or has it actually been tested, or even implemented on a private or commercial scale? What was the result of those tests or that implementation? Where did it do well and where did it fail? Were those failures fixable or were they a result of fundamental flaws? At the end of the day, results are all that matter and they rarely ever lie.