Everything You Need to Know About Cardano Staking

Cardano has released its Shelley upgrade, which comes with staking rewards for users who have the ADA cryptocurrency. ​Here’s what you can expect from Cardano’s staking system.

If you want to stake Cardano for a certain period, you’ll regularly earn a return of your investment. Staking also helps the Cardano network as it is the process by which validators are chosen to create a new block and process transactions.

ADA stacking operates on a periodic basis. Rewards are paid out every ‘epoch,’ or every five days. Throughout the network’s initial launch, there will be epochs in which there are no rewards. 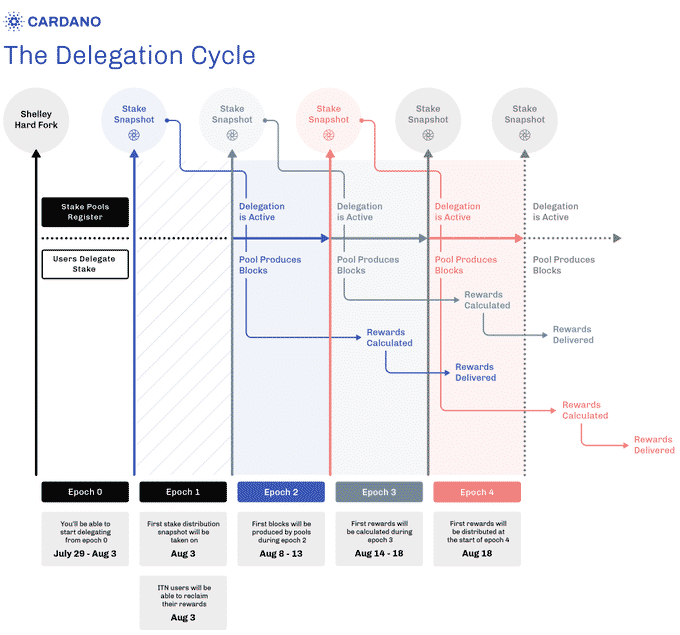 Cardano addresses have different keys for spending and staking, which means that if you want to stake your coins, they will never leave your wallet. In addition, Cardano doesn’t ask for your tokens to be locked in for a certain period, as you can un-stake the coins at any time. This flexibility is what makes Cardano​ different from the most majority of the rival cryptocurrencies.

The Difference Between Joining and Running a Pool

ADA depends a lot on staking pools, whereas some other blockchains rely heavily on individual staking nodes. Pools will make sure that Cardano’s validator network is large at all times.

“If people could get rewards without operating a pool or delegating to one, then there might not be enough node operators to have a successful network,” an IOHK spokesperson explained.

Advanced users will be at more advantage to run their own pool in order to gain more profit. Still, individual users can stake their coins with an existing pool, which is a simpler process, and it also allows you to transfer tokens from your Daedalus or Yoroi wallet.

What Do You Need to Run a Pool?

If you decide to manage a staking pool, you will require constant Internet connectivity, as well as some technical skills. According to Cardano’s website, this is what pool administrators need to have:

You won’t need to have a powerful PC, and ASIC devices offer no advantage; unlike mining, staking asks for minimal power – you will, though, require constant Internet access. You can operate a pool without owning any ADA, in which case you should simply provide technical services to other users.

What Do You Need to Join a Pool?

If you want to join a staking pool, you won’t need constant Internet access, and you won’t need to keep an eye on your stake 24/7 either. There is also no minimum staking amount on the majority of pools.

Still, you will have to choose a pool that is stable and which provides users with low fees. Websites such as PoolTool and Adapools allow users to check the status of each pool, as well as Cardano’s Daedalus wallet, which helps users select a pool via its delegation screen, depicted in the image below, so you should make use of these tools. 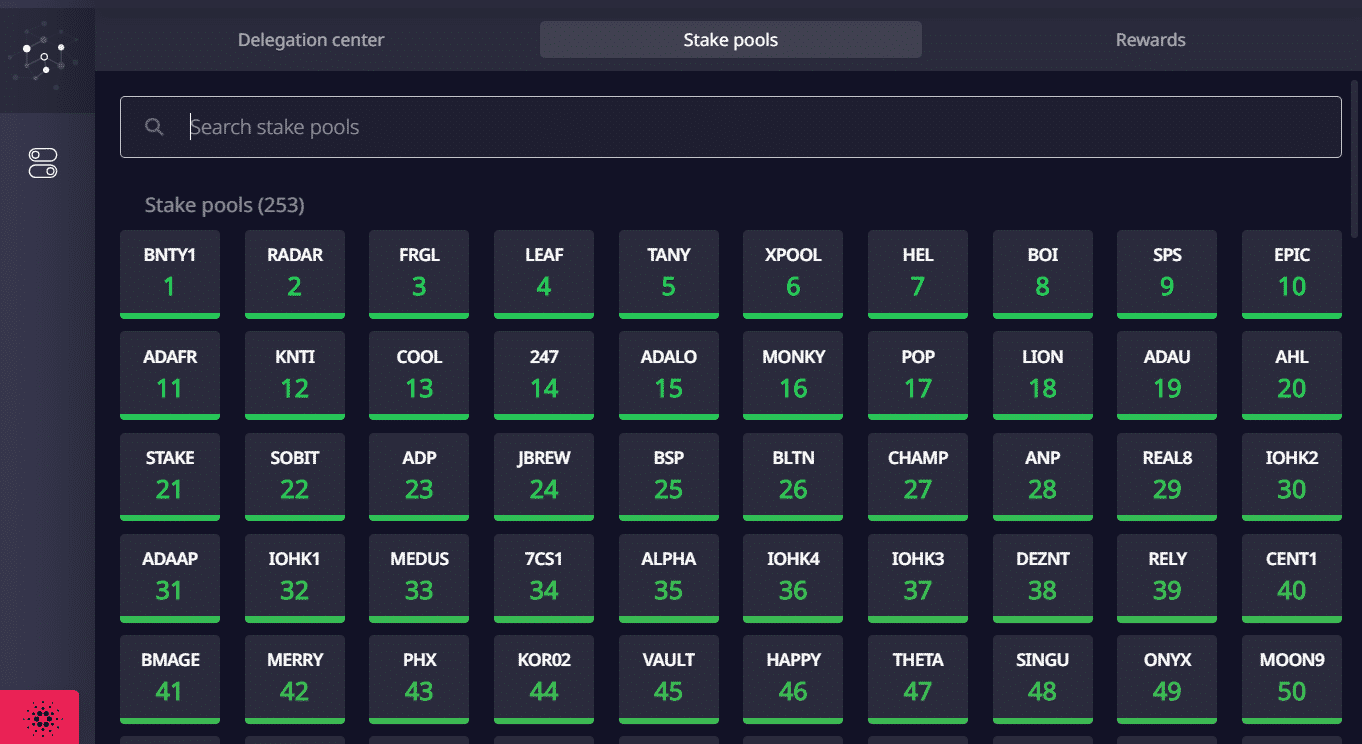 As soon as you’ve staked your Cardano​, you don’t have to do anything anymore as rewards are automatically paid out, and there is no requirement for a claim. If you do not withdraw your original stake, your ADA will remain staked, and you will continue to receive rewards.

How Will Cardano Reach Decentralization?

Cardano​ will make sure that its staking pools do not gather too much power. For starters, ADA’s stake pools will provide users with lower rewards as they grow larger. This will encourage people to move between pools periodically, and this will, in turn, theoretically prevent any pool from achieving dominance.

Cardano​ also intended to implement enterprise addresses, which would prevent exchanges from staking their ADA and taking over stake pools. Still, ADA has said very little about this, and they do not seem to be a current feature. Perhaps Cardano’s ‘Voltaire’ phase, which is still under works, will come with a more complex governance system in the future.

Is Cardano the Best Staking Platform?

Cardano​ is developing one of the most unique and probably one of the most decentralized staking systems ever seen. It seems that rewards will be profitable, and Cardano’s focus on staking pools will make it easier for users to take part in the model.

However, Cardano​ is sometimes criticized for the fact that it took it a while to provide users with its pledged staking function. At the same time, a few other blockchains have created a brand around staking, such as Tezos, TRON, and Cosmos. Ethereum has also encountered a lot of criticism for its failure to implement staking in time.

Still, Cardano​ did introduce staking with real value to early users during its testnet stage, which means that the project actually offered staking seven months sooner than it is acknowledged. With that being said, we will see in time whether Cardano’s staking rewards are sufficient to appeal to others on a continual basis.