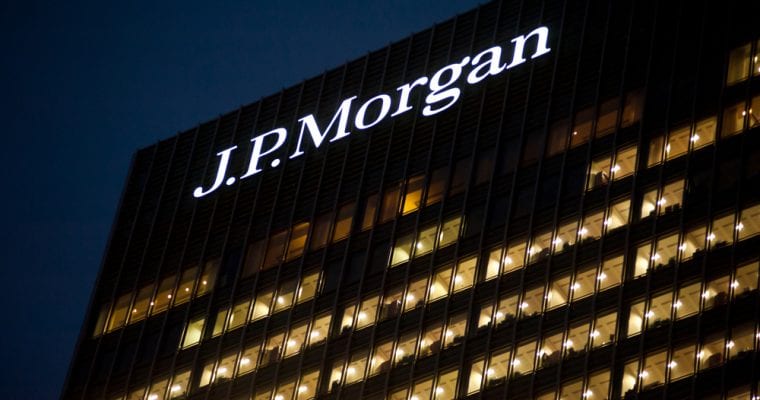 The former head of J.P. Morgan’s blockchain arm, Amber Balder is not on Wall Street anymore. But, she says that significant banks just like the one that she used to work with will get into the crypto business sooner than expected.

Baldet was listed on Fortune’s 40 Under 40 list of the most influential young businesspeople, and she was the leader of J.P. Morgan’s Blockchain Center of Excellence. She also played a crucial role in establishing the bank’s enterprise strategy and the flagship project called Quorom.

The bank developed the blockchain technology back in 2016 for clearing and settling derivatives and cross-border payments, but basically, it’s an open source project.

Baldet was invited to CNBC’s Power Lunch on Friday, May 18, and she said that major banks would definitely enter the crypto world shortly. She also stated that even if the will to do so is already present, “the legal and regulatory framework is challenging.”

Last year there have been recorded investor profits from Bitcoin’s 1,300% rise and most banks still stayed away from the crypto. Now, things have changed and a pertinent example is Goldman Sachs which plans to set up the first Bitcoin trading operation at a Wall Street bank.

According to Baldet, custody is still challenging and, for the moment, financial institutions have a few ways of preserving a company’s digital assets, and some solution were revealed during the course of this week.

For instance, Nomura, Japan-based global investment bank announced a venture to establish a custody offering and Coinbase also revealed new offerings on their listings that include a custody solution.

Baldet revealed her new startup Clovyr at the Consensus blockchain conference. The firm will offer something that resembles the App Store, but the projects would be built via the blockchain technology.

“There’s no way to discover what’s out there right now, there’s no Google for finding applications,” Baldet said. “The ability to discover apps is helpful, but the ability to build them is also encompassed in there,” she concluded. Baldet’s plans after she announced her departure from the bank created intense speculation.