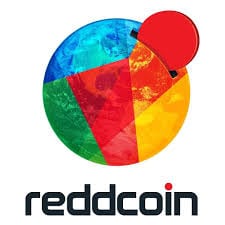 ATTENTION ALL REDDCOIN (RDD) FANS AND REDDHEADS! Your favorite development team wants you to challenge them with the most difficult questions you can come up with. They will all be answered on 17th March, 2018 on Reddit. Rather than dubbing the session as a simple Question & Answer, the Reddcoin (RDD) development team has uniquely branded the session as an ‘AMA’ (Ask Me Anything) in a Reddit announcement.

This action by the team is what all crypto projects need. All around the Crypto-verse, we have seen project team leader reach out to their believers through the various social media outlets. You can find Justin Sun of Tron (TRX) constantly updating his followers on Twitter and Medium. Justin Vendetta of the Verge (XVG) project, holds constant Q & A sessions via Youtube where he answers your questions regarding the project.

The Reddcoin (RDD) team is therefore asking any user to submit questions on the linked Reddit announcement. The answers will also provided on the Reddit platform. The team is hoping to engage more of the project’s users on all available platforms such as slack and Telegram. There is also the mentioning of the team setting up a public Google hangout where everyone can interact with the project’s developers.

To note, is the availability of the project’s roadmap that might be used to guide the questions Reddcoin (RDD) fans have in mind. The roadmap is divided into the traditional short term (Q1-Q2), medium term (Q3-Q4) and long term (2019 and beyond) goals.

Also unknown to many, is that the Reddcoin project had been abandoned by its original development team. The newest development team has worked endlessly for the last few years to pump some juice back into the project. This can be seen in recent announcements that highlight the following.

Firstly, for all the legal stuff to go smoothly for the project, the team has gone ahead and formed Reddcoin Glogal LLC that is based in the United States and is purely a foundation entity. We all know that the SEC is attempting at cracking the whip on cryptocurrencies, ICOs and crypto exchanges. Therefore, it is prudent that the team take the first steps in showing advanced compliance to the SEC lest they be shut down over small issues in the future. This entity will also be able to handle all the global finances necessary for such a project.

Secondly, the Reddcoin team has also updated the project’s roadmap as earlier mentioned.

It is therefore with this background of information that REDDHEADS are being requested to log into Reddit and ask any questions.

The thread on Reddit already has some brilliant input from the users but one of the most important for any project is the marketing roadmap and how the development team aims to boost the visibility of the coin and project globally. To note is the limited access to the Question and Answer session to only Reddit.

Reddit is only gaining traction in the social media space. I myself opened a Reddit account this January. Most Crypto owners and traders are avid users of regular social media platforms such as Twitter, Facebook, Telegram and Youtube. The Reddcoin team has gone ahead and mentioned the Ask Me Anything session on the first 3 social media sites above, but no news can be seen about it on Youtube. The video streaming service, is the source of news for many crypto enthusiasts. Ignoring it might come at a heavy price for the team and project.

All in all, the Ask Me Anything event is a step in the right direction in terms of getting in touch with the users and publicizing the project. Perhaps the event will rub off on the value of the coin in the markets and push to to $0.01.