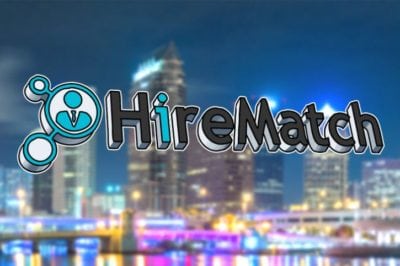 HireMatch is a new cryptocurrency that aims to take on the employment industry with an entirely new approach. Using blockchain as a weapon as a decentralized consensus ledger, the new system aims to shake up the current prevalence of “headhunters” in the hiring industry and develop a network of user agents who will get a reward in the form of tokens for doing work.

The technology is a patent pending approach that aims to develop a P2P decentralized job portal for everybody that will be much more efficient than a regular job board. A regular job board like Monster.com or careerbuilder.com relies on centralized business models and direct the information and management from a single administrative unit.

We all know that a single unit is just not enough to collect and verify information about applicants. It is also really poor in compatibility with the social medias and platforms like LinkedIn that have massive data and information stored in them about potential employers and employees.

They also get quite complicated for users of all kinds and you might have heard frustration from users because a centralized system isn’t simply built to handle the unique requirements of such a large populace with unique abilities and qualifications looking for work in like a gazillion fields. It is just not possible.

The global hiring market consists of a whopping $404 billion worth and a 37.5% commission of your salary is not unheard of especially in cases where the job pays more than $100,000. Such high commissions are insane an not everybody is able to pay them.

So all in all, the hiring industry has following major challenges:

Hirematch.io is a new decentralized autonomous application that aims to end the growing dissatisfaction associated with these companies and aims to release a platform that works for all.

It aims to reduce the cost, time lag and effort to search for suitable candidates to interview by removing unnecessary frictional factors that we know to be associated with the billion dollar hiring industry. The coin is based on the Ethereum blockchain’s extremely popular ERC20 token and they have given the name HIRE to their new coin.

But how do you eliminate the friction that keeps the employment options held up and the employers in limbo? HireMatch aims to do it by incentivizing agents with new token to help maintain, update and improve the new job portal. In application it wants to make the job market be a free market as well not reliant on the big players.

Decentralized consensus based systems are known to make better decisions than central ones. Here is how the new HireMatch system operates:

Suppose a new company wants to hire a programmer with specific skills only.

The HR manager posts the job and he also posts a bounty of specific number of tokens like 2000 hire or each hire.

Now agents become active and begin looking for the right candidate for the job on facebook, LinkedIn, and even personal phone contacts. Now agents can be human and they can be based on AI applications too as the API for the HireMatch is open.

Once the interview panels is complete and all the prosepective candidates are going for the interview, the HR manager closes the job and releases the tokens to all the agents who helped in this transfer and had their candidates accepted for interview. The good thing is that disbursing of tokens is not held hostage to the hiring because hiring can be late and it is upto the manager for that matter. Having chosen candidates for interview is good enough to land an agent a fair share of tokens.

As cryptocurrency and blockchain become mainstream in the coming years, it is imperative that the conventional job market evolve because it is very much lagging behind. The HIRE token is not release to compete with other cryptocurrencies like bitcoin. It is release to solve the problems of the hiring industry and modernize and decentralize the whole process.

The ICO for the new token will take place on October 1, 2017. You can have a detailed look at the white paper and the company website.