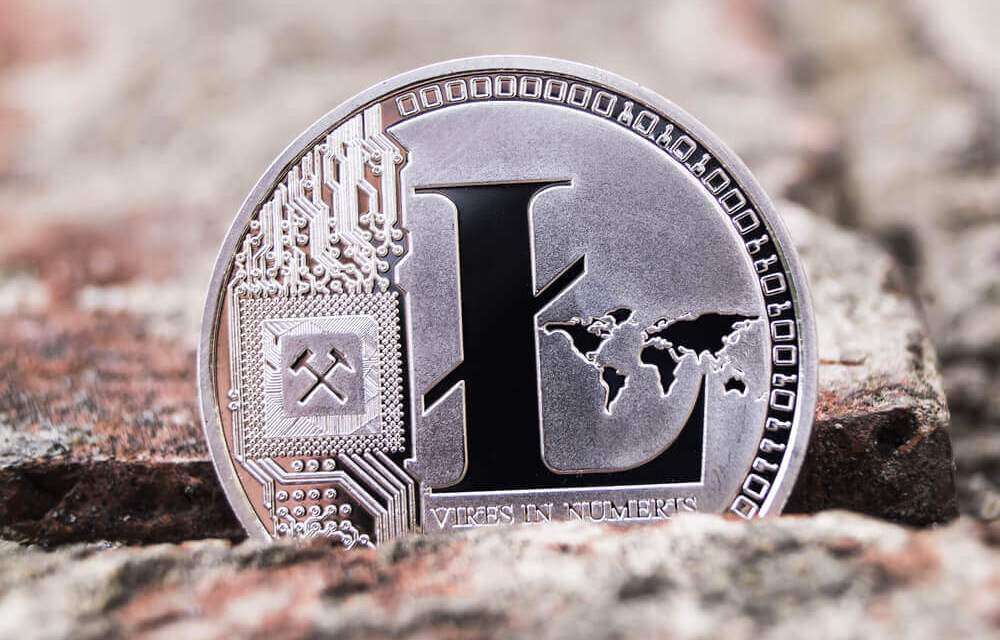 Litecoin (LTC) – This week the cryptocurrency Litecoin (LTC) began to chart its own course. Its price relatively deviated in correlation with the prices of major cryptos like Bitcoin (BTC) and Ethereum (ETH). Investors and traders should pay attention to important news on Litecoin’s fundamentals as well as technical trends and indicators going forward. Interested traders especially should decide if they think Litecoin can break out of its mold and continue charting its own path or if it will fall back in lockstep with the broader crypto markets.

Litecoin has performed remarkably well in light of January and February’s crash and bear market. On the Coinbase/GDAX exchange, its price fell to a low of $100.20 on February 2’s bottom. But on the subsequent bounce and recovery, the price regained over 100%, breaking into the mid 200s. Here it deviated from BTC and ETH and exploded on February 19 to $251.90, leaving other major cryptos in the dust. But shortly after, the momentum behind the upsurge vanished, and LTC plummeted in extreme volatility, falling almost 20% to $215.55 in only 2 hours. Since then, LTC has bounced around within a tight range between about $205 and $230.

Fundamentally, there seems to have been no news that contributed to the price drop of LTC as well as the other major cryptos. The only recent news was the highly suspicious rollout of a hard fork, Litecoin Cash, earlier this week. Litecoin’s founder Charlie Lee himself warned people on Twitter against Litecoin Cash and attempting to redeem for the new forked coins because there might be malicious actors looking to defraud and trick LTC owners into revealing their private keys or passwords. Also, it does not make sense for people to recklessly buy LTC in hopes of gaining forked Litecoin Cash. Nobody really knows if Litecoin Cash is legitimate yet, there are no established markets or exchanges for people to sell their newly acquired Litecoin Cash, and there is no verifiably safe way to obtain forked Litecoin Cash. So it seems the LTC bull run was mostly due to exuberance and technical factors.

TC holders have ample reason to be happy. LTC has outperformed its peers BTC and Bitcoin Cash (BCH) in recent periods. Year-to-date, BTC is down over 20%, and BCH is down a whopping 45%. LTC has outperformed ETH in February. ETH is down almost 20%, but LTC is up 50%. So there is definitely momentum behind LTC recent moves. If BTC, ETH, and BCH continue to disappoint investors, perhaps capital could flow into LTC instead.

Technically, LTC price is at a crossroads. On the 1-day chart, a bearish pin pattern is arguably forming, with violent price rejection at highs around $250. But LTC remains above its short-term and long-term 20 and 200 period exponential moving averages. It is also near the top of its Bollinger bands. Although the moving average convergence divergence (MACD) is decreasing, it is still positive. These technical factors suggest that LTC has experienced a sharp pullback but could possibly retrace higher. In the next few days, the key levels to watch are $200 and $232. Massive support is waiting around the $200 mark, and yesterday’s price rejection at $204.71 indicates a critical area of value. But bears are densely congregated near $230 to $232, and large sell walls currently prevent price from retesting February 19 highs. In the next few periods, traders should watch to see whether price continues to range, breaks $200, or rises past $232. Ranging markets are suitable for scalping, but breakouts to the downside or upside could indicate bigger momentum opportunities to go short or long.

Please leave a comment below to share and discuss where you think LTC price will go next.

The author holds long positions in BTC and LTC.