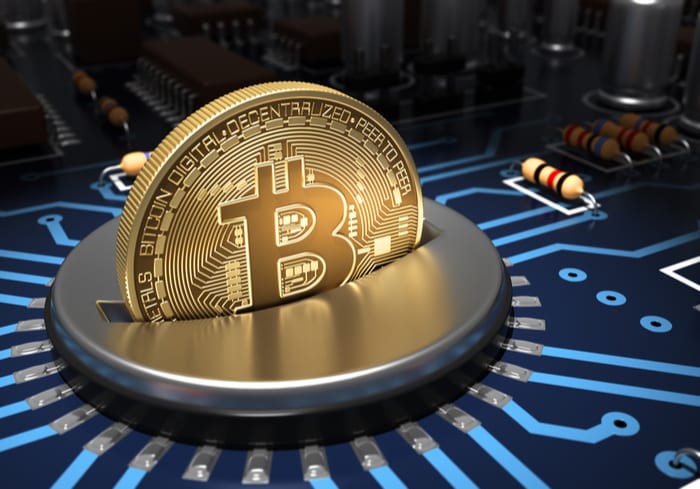 Bitcoin mining is in the spotlight again with the latest news. Intel just obtained a Bitcoin mining SHA-256 datapath patent which covers a CPU and hardware accelerator.

The patented hardware was awarded by the United States Patent and Trademark Office, and it’s designed to offer a higher energy efficiency by reducing the circuit area and also power consumption.

It can achieve this goal by harnessing a series of hardware accelerators and targets various stages of the hashing process.

It seems that the system also comes with micro-architectural enhancements and uses selective hardwiring of parameters in order to alleviate the computations recurrence. In other words, this reduces the power consumption by up to 15%.

If you recall, back in September, Intel filed a patent application for a Bitcoin mining hardware accelerator that was designed to lower energy consumption per hash, while having an increased performance per watt.

This was aimed at minimizing the time that’s needed to find the 32-bit nonce in a Bitcoin block.

The news comes after BTC’s price fell really hard this year and this led to the fact that a lot of BTC miners dropped out due to small returns.

It seems that as the market’s state is not the best one these days, companies are working harder and harder in order to acquire more efficient mining tech in order to reduce overheads.

Bitcoin mining costs are going down at the moment due to the reduction of mining difficulty and the falling hash rates.

It’s also important to note that as more miners are turning off their machines, the process is becoming easier and it also consumes less energy.

There are a lot of tech companies which are currently focusing on enhancing the processing power and related tech that’s used in hardware.

Now, mining farms have been forced to use cheaper and renewable energy sources in an effort to reduce energy consumption costs which definitely impact the mining profitability.