INX Cryptocurrency Exchange to Release $117 IPO in a Few Days 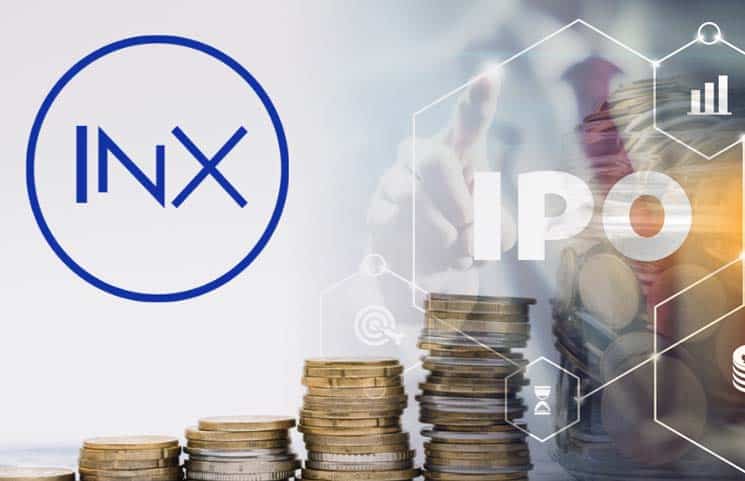 ​INX Ltd. announced that it would release its much-anticipated landmark initial public offering (IPO) on Monday, closing an almost two-year journey for the startup cryptocurrency and security token exchange.

“It is anticipated that the offering will begin on August 24th, 2020, or shortly thereafter,” the Gibraltar-based firm stated in a press release on Thursday.

INX has priced its 130 million tokes, which are to operate on the Ethereum blockchain, at $0.90 each, totaling $117 million in gross proceeds. This was a strike in the middle of the target range of $0.80 to $1.00 per token. After offering expenses and fees to advisory company a-Lab, the sale would net up to $111 million, as per INX’s most recent filing with the U.S. Securities and Exchange Commission (SEC).

The net proceeds would reportedly be used to build INX Trading Solution, a regulated exchange for crypto coins, security tokens, and derivatives. In addition, a cash fund will also be created to protect the firm and its customers in case of a data breach, trading execution error, or counterparty default.

The tools on offer are a mix of utility and security tokens. With them, investors could pay trading fees on INX’s platform, and the tokens would also enable holders to a share of company profits.

INX’s Sale is the Largest in the Blockchain Industry Yet​

INX’s sale would be a milestone for the blockchain industry. It would be the first security token offering (STO) recorded with the SEC, and therefore, legally marketable to mom-and-pop investors.

All STOs were previously unregistered and only available to wealthy investors, with the issuers simply filling notices to the regulator. The initial coin offerings (ICOs) of the 2017-2018 period were operated with a bit if any regard for submission. In addition, INX’s sale would also be one of the very few IPOs in the blockchain industry and, most probably, the largest.

It’s been a long experience for the company, whose U.S. operations are operated by Executive Managing Director Alan Silbert. INX first announced its plans to go public with a draft registration statement sent out in January of 2018.

The company filed its F-1 prospectus, which is SEC’s form for foreign issuers, approximately ​a year ago. Finally, to conform with know-your-customer (KYC) regulations, INX has issued a smart contract that enables only wallet addresses belonging to investors that have been checked and placed on a ‘whitelist’ to receive the tokens.