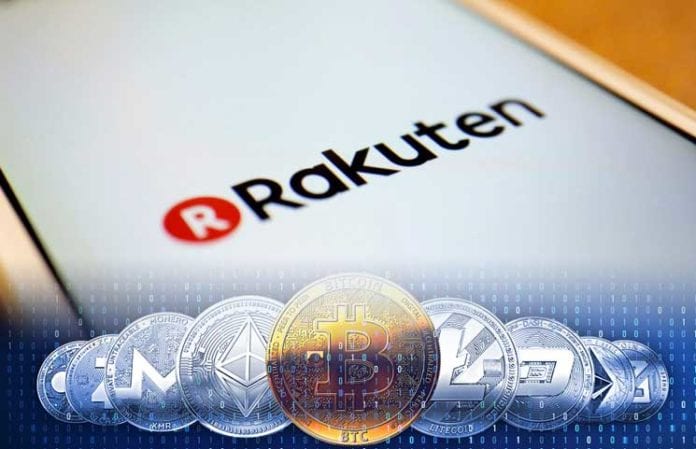 Crypto mainstream adoption is getting closer and more movements in the crypto space are supporting this considerable goal.

Crypto experts have already said that 2019 will bring the cryptos closer to mainstream adoption.

Rakuten is also known as the Japanese Amazon. The huge online retailer which has been working in e-commerce, media, online banking services and more has been expanding rapidly.

It also seems that it has recently become interested in BTC and crypto.

Back in 2018, Rakuten’s reps have assumed that BTC payments are going to become more prevalent in e-commerce in the future.

UToday reported that Forbes believes that when Rakuten will start accepting BTC completely, this will trigger the next bull run and it will push the crypto market forward.

The crypto exchange that Rakuten is planning to launch will be called Rakuten Wallet.

At the moment the Japanese giant allows users to register on the platform via a Rakuten bank account or by having an ID number of a Rakuten customer.

The same online publication mentioned above says that the exchange is scheduled to launch this summer.

Another move that’s expected by the whole community and that could definitely bring the mass adoption of digital assets is Amazon to accept Bitcoin.

This would make the crypto community’s dream come true. Maybe Rakuten’s move will become a precedent and more retail giants including Amazon will follow the same path.

Bitcoin, a more viable option than PayPal, Visa, and Mastercard

During a recent interview, Shapeshift’s Erik Vorhees said that BTC is not like centralized digital money and instead, it’s free to use, accessible, borderless and also uncensorable.

He said that all these features make digital assets the perfect substitute to fiat. More than that, BTC has also started to be used as a store of value, an alternative to gold.