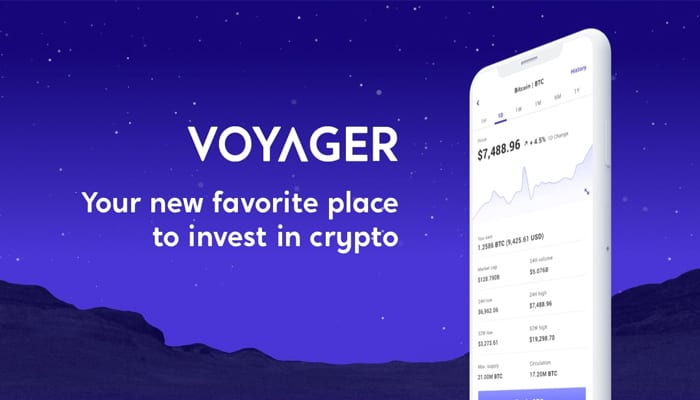 Monero is currently live on the Voyager app, and it’s been added back in June.

Everyone knows that XMR is a decentralized coin with a strong emphasis on privacy, and while you’re trading in XMR, the need for a third party is eliminated.

According to the latest reports coming from CryptoNewsZ, the Monero team is hoping to see an increase in XMR’s market cap and trading volume as well, especially after the launch of the new app.

Regarding the long-term predictions, the online publication mentioned above says that these are pretty bullish.

At the moment of writing this article, XMR is trading in the red on CMC, and the coin is priced at $88.50.

The news of adding Monero on Voyager was received with increased interest by the crypto community.

Not too long ago, XMR enthusiasts were able to enjoy a Monero conference in Denver which debated various interesting subjects.

The privacy-oriented coin was launched back in 2014, and it’s been moving towards a more ASIC-free ecosystem.

We're excited to announce that @Monero is now live on Voyager! Starting today, you can trade $XMR and 19 other crypto assets with the Voyager iOS app, all commission-free.

The project is doing this by changing its PoW algorithm to RandomX.

The important shift from CryptoNight to RandomX has been one of the interesting topics of discussion that were included in the Monero conference in Denver.

There was also a recent interview with MoneroTalk, during which Riccardo Spagni and Howard Chu have talked about various topics that are surrounding the coin.

For instance, Spagni said that he’s pleased with how much the Monero team was able to achieve so far.

“I know there have been people along the way who have been frustrated with the lack of progress but I think that just comes down to the misunderstanding of how long open-source software takes to come to boil. And we’ve actually moved in a surprisingly fast pace for open-source software,” Spagni said.

Monero enthusiasts are waiting patiently to see where the price of XMR is heading is this unpredictable volatile crypto market these days.