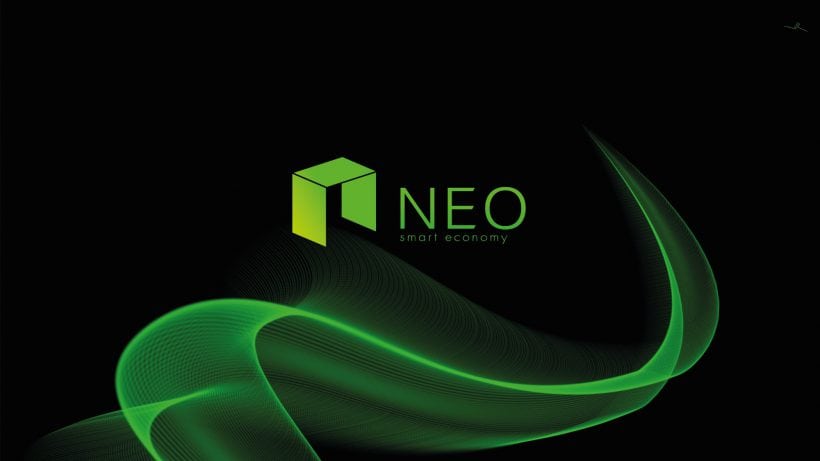 After the seed round and both ICO’s, NEO (NEO) launched today the Sponsored Giveback Plan in which people will receive a giveback either in CNY or NEO and GAS.

According to their website NEO (NEO) will only use half of their stash of NEO in order to pay this giveback and intend to use the rest for investing. In the official press release by the NEO project we extract the following quote:

“For contributors who accepts NEO, NEO council will spend the surplus buying NEO. 50% of NEO managed by NEO council will not be used in this rewards program and will only be used to build community ecosystem.”

On top of today’s announcements, the exchange CoinRail will add both NEO and GAS to their portfolio today, the 5th of December. This exchange website is relatively small but NEO (NEO) is clearly taking charge one step at a time.

During 2018 we might see NEO as one of the top 10 coins. Their representatives are very active on social media. Da Hongfei, NEO’s co-founder, has around 28K followers on twitter and posts a lot about NEO.

We’ve all seen big gains in 2017 spread across all the crypto market, especially in NEO (NEO).

Bitcoin (BTC) since May saw gains of 500% which puts NEO in a much more favorable position at 10 000% gains. This means that NEO, this year, was able to outperform Bitcoin in terms price gain by twenty times more.

Four months ago, the crypto market, was roughly estimated in 100 billion USD and now it sits at an astonishing 350 billion USD in terms of market capitalization. You can check out NEO’s charts bellow. 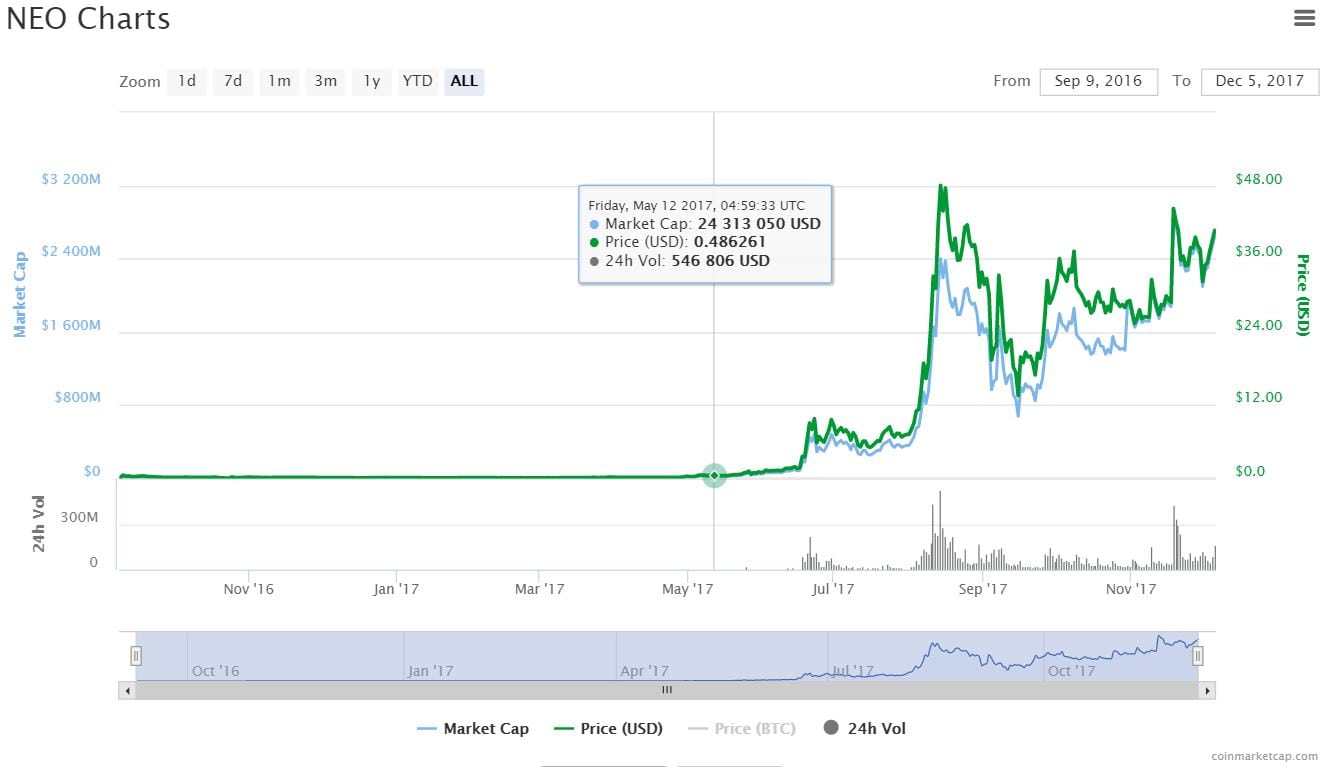 NEO (NEO) had his personal major breakthrough at the start of August. This was similar to the gains seen throughout the market, but it was different in percentage. NEO, since May, has witnessed gains of roughly 10 000%, smashing Bitcoin’s (BTC) growth this year.

All markets probably will indeed amaze us with the exception, of course, of the identified scams and coins whose purpose was to get funding through their ICO’s for personal gains and not towards a solid project.

Given that we could hit the trillions in the next 2/3 months, assuming the growth seen until now will continue, NEO could very well continue to amaze us with its growth.

When picking an investment, one has to overlook the technical details that makes the considered project different and meaningful in some way.

In one of his appearances in Blockchain World Conference he explained why NEO chose dBFT (delegated Byzantine Fault Tolerance) instead of POS (Proof-Of-Stake) or POW (Proof-Of-Work). One of the main reasons he claims that were of most importance, besides being more secure in his opinion, dBFT is allegedly unforkable.

Disregarding the bridge that many have built to cross the analogic to the digital side, NEO intends to implement a way to safely digitalize contracts, bonds and shares on their blockchain through Antshares.

Although this is a transition that’s already taking form outside the crypto community, official paper documents, legislations, property or shares usually have a very strict form of being created, stored and validated. This means that NEO (NEO) still has long road to walk but having a sense of purpose is very important.

The dBFT has its origin in the Byzantine Generals Problem where usually it’s applied to game theory. This problem describes the difficulty of reaching consensus through a distributed network where we assume that in a transaction (data, value or any kind) Person A doesn’t trust Person B or vice-versa.

The theory suggests that this form of consensus is not very effective in an environment where the communication between them too is suboptimal. NEO (NEO) intends to delegate their blockchain through two parties, operating nodes and common day users.

NEO’s (NEO) validation technology addresses the issue that occurs when some of the nodes have bad intentions or don’t work properly. Usually crypto investors run off when they hear delegation but we’ve seen that nowadays a lot of people use Bitcoin but very few actually mine it.

The ones that do end up mining usually are the ones interested in centralizing themselves in the form of holding a lot of the mining process at the same place and having control over both their connectivity and availability defeating the purpose of Bitcoin itself.