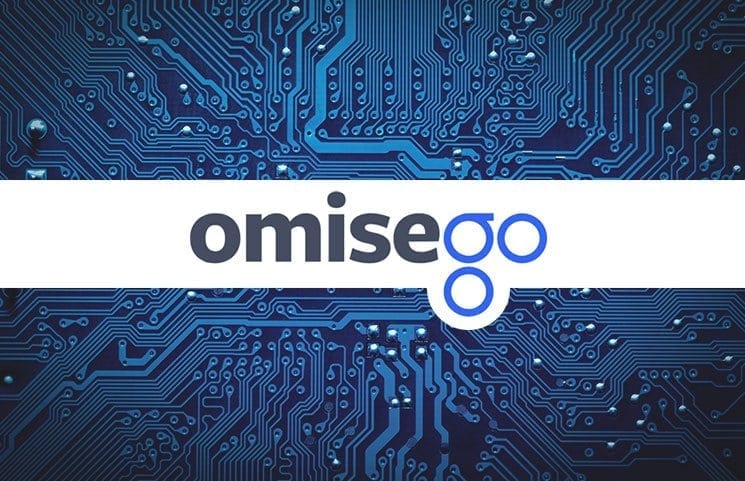 Vitalik Buterin, Ethereum founder, said today (link below) that his favorite token model is OmiseGo’s (OMG) staking token. He expressed his opinions today on his personal Twitter account that counts an impressive 365K followers. Vitalik represents one of the strongest leaders of the crypto revolution.

The reasons presented for this pick were, as quote:

“* Not a medium-of-exchange token

* Requires running node to get returns, not passive income (so more legally defensible) “

This represent a big notoriety for OmiseGo (OMG), Ethereum is one of the biggest players in the crypto community and Vitalik has always represented one of the people that have the most influence in the market because of it.

Through the form of POS (Proof-Of-Stake), OmiseGo (OMG) intends to create a way for you to be a validator whilst still being a light node, removing the need to download the entire chain from validators.

Not only this but they also expect to have a return system where by validating the network one could receive roughly $4 USD per staked token. This means that becoming a validator for this network will make you have returns that could be translated for income.

This is achieved through an objective that can be met through monthly revenue in transaction fees of the OmiseGo Network through the staking of your tokens (OMG). By meeting these objectives your fees will have a discount allowing you to keep the differential.

Making this a form of an incentive plan, the OmiseGo (OMG) network shows enormous potential in terms of adoption. Most of the people involved in the crypto market will see that validating this network will be a very profitable form of investment.

Vitalik brought to the table the possibility of making the storage of information or applications inside the blockchain through Ethereum. This led to the rise of the ICO’s in which, after Coinbase added ETH, we became able to easily crowdfund a project by creating an ERC-20 compliant token inside Ethereum’s Network.

A lot of ICO’s (the majority) were then created where, by the emission of these tokens, you could easily get funding. It would work as a pre-sale where this new ERC-20 token would represent your contribution to the project.

This brought a big market to the crypto community. OmiseGo(OMG) is a project that was defined by Forbes as a Fintech Rockstar. A lot of support behind OmiseGo comes from Ethereum, as seen below, we’re able to observe that most of the advisors on OMG are from the Ethereum project. 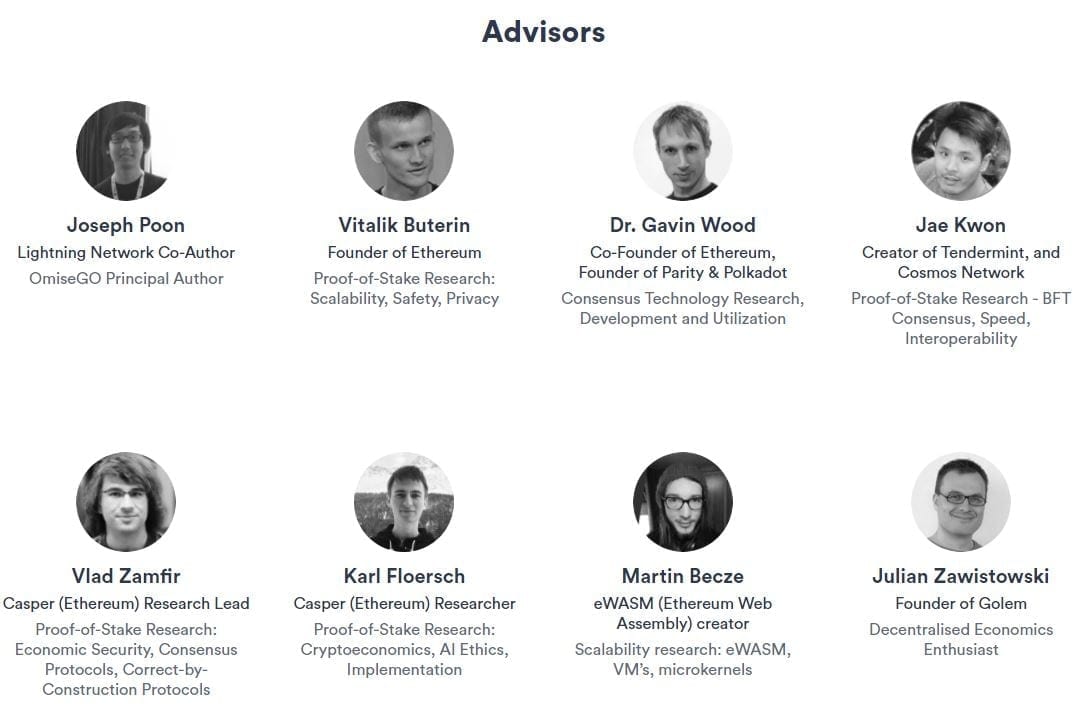 After the announced partnership with McDonalds, OmiseGo (OMG), plans to begin the incentive plan with them. Currently OmiseGo is also trying to get inside Thailand at other levels as well. They intend to implement a white label wallet in which every person that doesn’t have a bank account in the area (roughly 250 million adults) will be able to safely store their money.

Yes, you can’t expect that every single one of them does exactly that but just 1% of the population would represent an additional 2.4 trillion USD going in the network. If they succeed at entering this market by just this small quota OmiseGo (OMG) can have tremendous gains.

Currently being traded at $9.64 USD OmiseGo, sitting at #21 could be one of the top 10 coins by early this year. Check out the charts below. 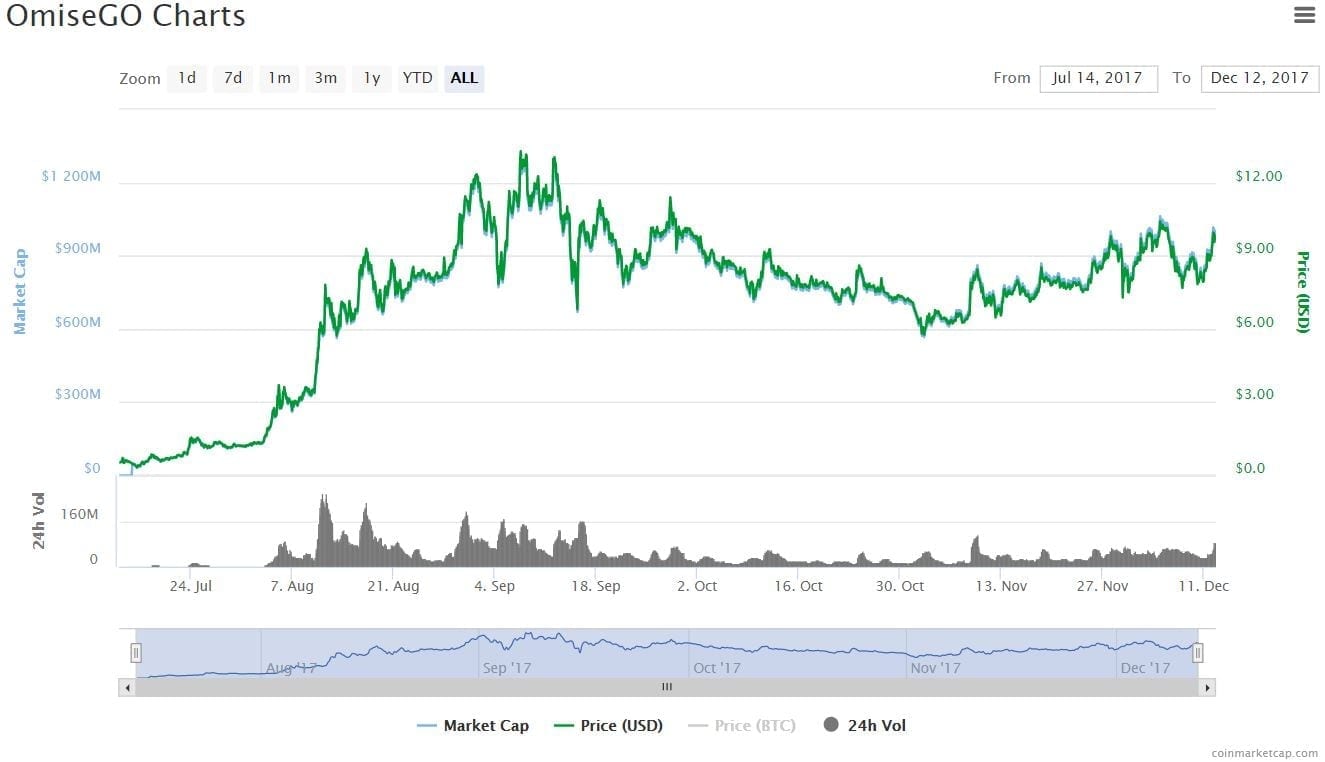 Putting in perspective the growth that the market in overall has had, we see that OmiseGo has still a leap to take. In the last months, November and December, almost every project saw gains of roughly 100%-200% whilst OmiseGo still hasn’t grown since the announcement of the McDonalds partnership in Thailand.

By as early as February, in my opinion, we could see OmiseGo (OMG) reach the 3-digit (USD) milestone. If so, any investor that got in now will see how big of a train OmiseGo could be.