Particl (PART) was the very first Proof-of-Stake coin that offered cold storage staking to its main net back in November 2017.

Particl managed to add in about a year many innovations to the protocol’s basecode which is Bitcoin 0.16.1 which include Ring Confidential Transactions.

The protocol’s basecode was been reviewed and audited by researchers at NJITand WSA.

It’s also important to mention that Particl Marketplace is the project’s current MVP in development which offers a confidential eCommerce alternative for online buyers and sellers.

Ledger is a leader in cyberspace’s security

Ledger was founded in 2014, and it’s managed to become a leader in security and infrastructure solutions for cryptos and blockchain apps.

Currently, a team of 80 experts is working to develop various products and services to provide enhanced security for crypto holders. The Ledger hardware wallets line already sold in 165 countries. 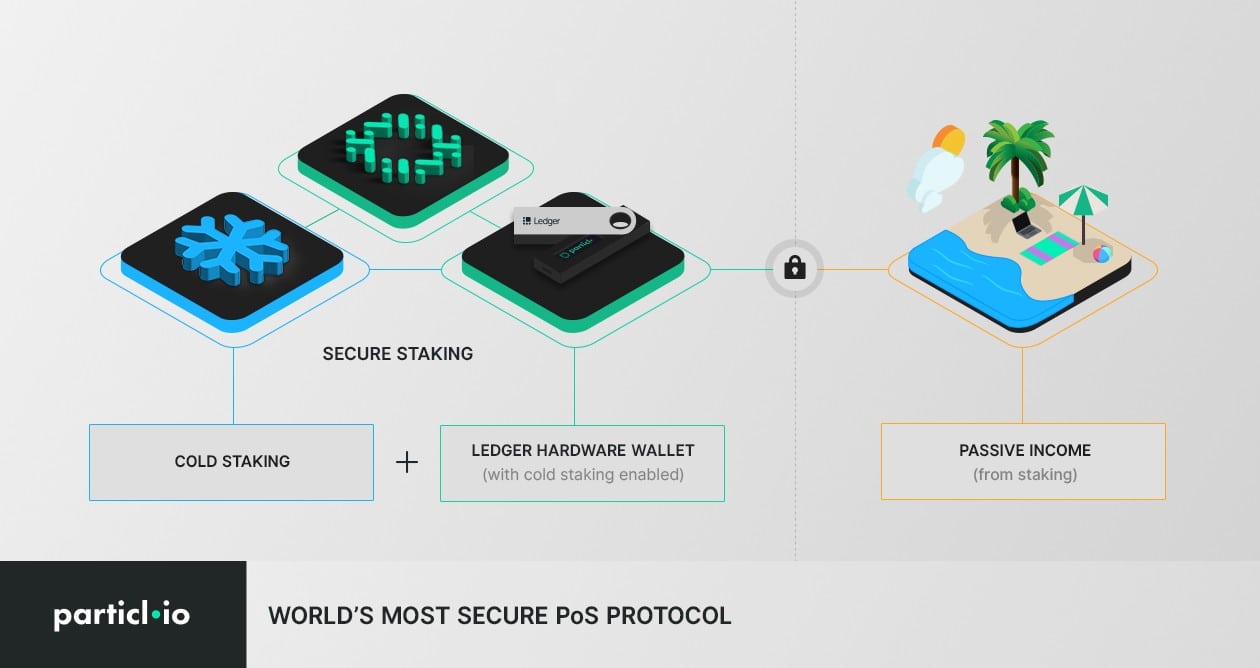 The Ledger Nano S can store 18 cryptos on your hardware wallet at the same time, and the Ledger Live is a really straightforward way to manage cryptos on your ledger device, and now it also includes Particl’s PART.

The Ledger Nano S is coded in such a way that no private key is exchanged between the Ledger Nano S hardware device and the client Particl-Qt. In other words, users will have the ability to perform the following actions:

All these actions will be performed without the need for more complicated steps to access their PART currency.

Such an integration is the first successful main net release of a pure PoS hardware cold staking setup.

This is the best solution for users who desire the highest level of security, accessibility, flexibility, and all of these while not compromising the most important features that should characterize cryptos – decentralization.

You can learn more about Particl by heading over to their official website, and we also recommend that you check out the Particl Ledger Tutorial here.