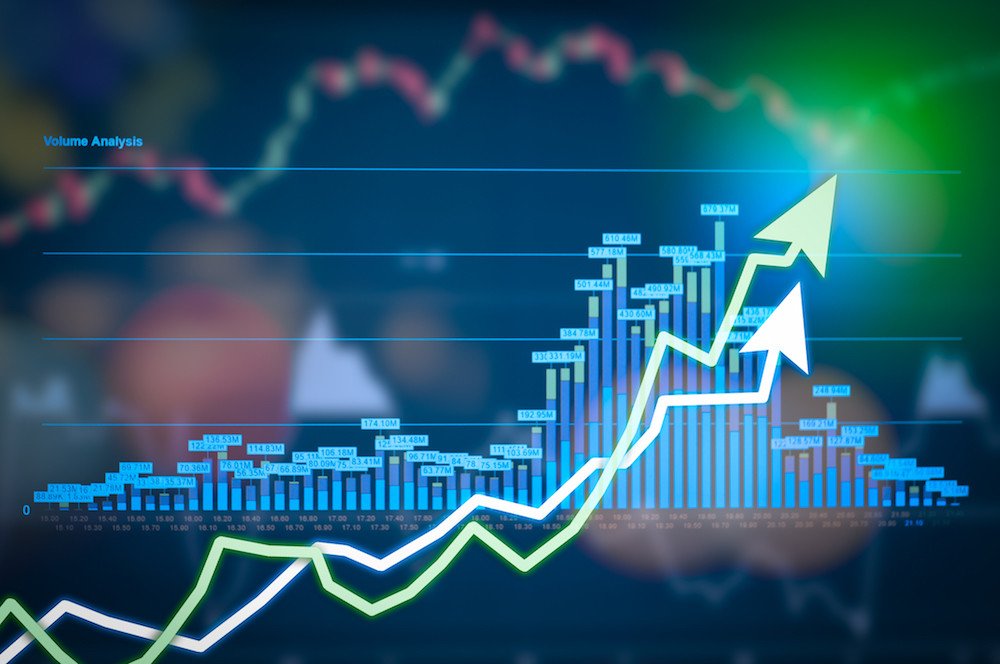 Polymath (POLY) is one crypto trading for pennies that Investors are beginning to give another look. POLY had a well-publicized ICO that raised $59 million from some of crypto most prominent investors and saw the token trade well over $1 US in early 2018 but since than the token collapsed to pennies. As COVID-19 looms large and overall markets have already crashed more than 30% from their December highs smart investors have been accumulating POLY at current levels. While POLY trades for pennies this is a very viable network that just got a huge vote of confidence after commercial real estate market Red Swan tokenized $2.2 billion in real estate. POLY should have skyrocketed on the news but as everyone is so distracted by coronavirus nobody even noticed.

(POLY) is a security token platform that uses the ST-20 token standard to ensure compliance with government regulations when issuing digital securities. Polymath is a platform like Ethereum, but instead of creating utility tokens like an ICO platform, it offers equity in a company – a model which has a well-established regulatory framework and the tokens are fully registered with the SEC.

Polymath was created by Trevor Koverko who was drafted by the New York Rangers of the National Hockey League before suffering a major car accident which ended his sports career. He went on to found several start-ups in Hong Kong and Silicon Valley including DAI, a private equity firm. Trevor is known for investing in btc when it was $20 and is ahead of the curve with Polymath one of the first projects globally to propose the concept of security tokens. “The best kept secret in crypto right now is the rise of compliant security tokens,” Koverko says.

Polmath’s token POLY has a total supply of 1,000,000,000 POLY. POLY was created through Proof of Stake (PorS). Although Polymath created the ST-20 token standard, it’s staked using POLY, which is an ERC-20 token on the Ethereum blockchain. This means while Polymath enables security offerings, its own native token is a utility token itself. POLY cannot be mined. POLY currently averages over $5 million USD per day and is supported by a variety of cryptocurrency exchanges, including CoinZest, Upbit, Binance, Bittrex, Huobi, and LATOKEN. POLY trading pairs include ETH, BTC, and fiat currencies like KRW.

Because it’s an ERC-20 utility token, POLY is supported by any ERC-20 compatible wallets, including Ledger’s hardware wallets and MyEtherWallet. POLY STO made headlines because it was the first to actually be registered with the Securities and Exchange Commission and be fully SEC compliant.

Smart investors have been snatching up POLY at current price levels and in a huge vote of confidence in terms of its viability commercial real estate market Red Swan recently tokenized $2.2 billion in real estate through security token platform Polymath.

Big shout out to the team! Folks are saying security token adoption is still years away. We beg to differhttps://t.co/Pc0xUJ0L3a

According to Red Swan CEO Ed Nwokedi, the $2.2 billion represents 16 different Class A commercial properties based in Austin and Houston, Texas, Brooklyn, N.Y., Oakland, Calif., and Ontario, Canada. $780 million of that is available to investors in pre-sale, while the company has another $4 billion in real estate in its tokenization pipeline.

Tokenization has struggled to transform the multitrillion-dollar real estate market as institutions hesitate to re-engineer back offices until they see liquidity. Graeme Moore, head of tokenization at Polymath, said that previous attempts had failed because these projects lacked true experience in the real estate sector. Consequently, these tech firms were never able to create a real solution to service the private real estate sector in a manner that was conducive to growth.

Red Swan believes that it has what it takes to pull through where the competition failed. For one, executives pointed out that the company is a commercial real estate firm and not another tech group. Secondly, the company has the positioning to ensure its concept makes it to the market in a timely manner. Red Swan hopes to receive approval from the U.S. Securities and Exchange Commission as a registered investment adviser. This licensing would allow the company to manage assets for accredited investors moving forward.

As the market for security tokens evolves, we continue to listen. We want to know if and how you’re using ERC1400 to ensure we’re ready to address the wants and needs of our community through 2020. https://t.co/PSoQiKpicC