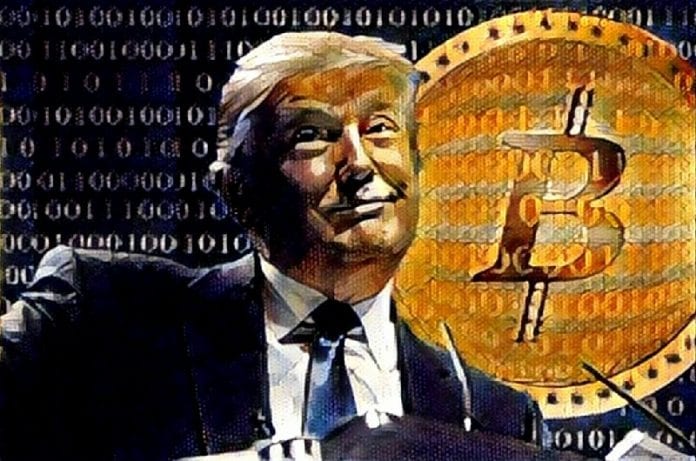 There’s been a lot of speculation going on around the subject whether President Trump is a crypto holder or not and what’s his stance on crypto.

Now, he posted a bunch of tweets on social media, just to make things clear regarding his position about the “controversial” subject.

Trump is not a crypto fan

Long story short, Trump is no Bitcoin and altcoin fan, according to what he posted online.

Trump said that “he isn’t a fan of Bitcoin and other Cryptocurrencies”.

He also addressed the fact that unregulated crypto can support illegal behavior and he brought up all the arguments of the organizations such as the IRS, FBI and more.

Trump also made sure to talk about the latest project in the crypto space which triggered massive excitement: Facebook’s Libra.

“Facebook Libra’s “virtual currency” will have little standing or dependability. If Facebook and other companies want to become a bank, they must seek a new Banking Charter and become subject to all Banking Regulations, just like other Banks, both National…”

Trump receives backlash after his statements

As expected, people don’t agree, and most of them said that regardless if you like the man or not, he is simply wrong about this.

The community pointed to the fact that the US dollar, cars, cell phones, and more are can also be potential weapons which facilitate crime, but this doesn’t mean that we stop using them.