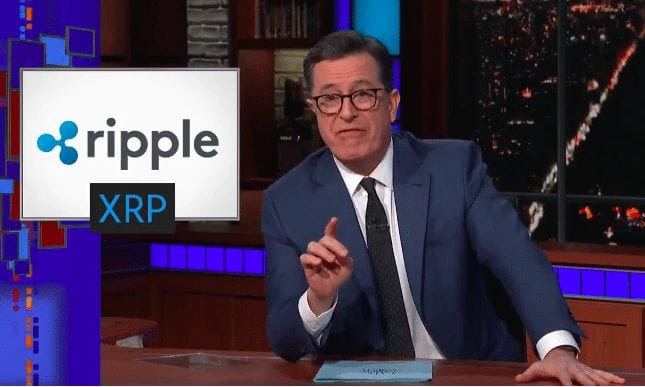 XRP (Ripple) – When the internet and the computer tech industry were babies, only a few understood exactly the true potential power of the technology. Google founders Larry Page and Sergey Brin understood it, and now the company that they launched in 1998 and went public with in 2004 is a blue chip. Those who invested in the $84 per share Google at inception now have a stock worth about $1,600; then double that figure because of a stock split.

The story of Microsoft is even more compelling from an investment standpoint. Because of the vision of Microsoft’s co-founder Bill Gates, what the Microsoft company has accomplished is almost immeasurable. If you’d purchased 200 Microsoft stocks at the original $21 price tag, you’d be considerably more than a millionaire after nine stock splits and an exponential increase in stock value.

Not every tech company was successful though. Some just never really made it quite as big, like Coleco for example, which went bankrupt in 1988 after it launched an all-in-one home computer with a built-in typewriter printer.

Why did Microsoft excel in the computer tech industry when so many failed? Well, for one thing, Microsoft’s technology may have been more usable and durable. But probably, and equally as important, Microsoft was better at marketing.

Rather than taking a traditional marketing approach of simply buying ad space, Microsoft found a way to become a part of the social fabric—bringing their technology into the public education system where the use of Microsoft products would become familiar to a new generation who would end up actually using the product.

So back in the 1980s, when Microsoft started gifting computer labs to low income school districts, self promotion and the creation of a consumer base was as equally important as offering help to schools in need. 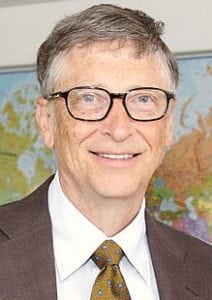 The large and small donations to schools also earned Microsoft a mention in school newspapers, community television shows, and local radio programs. This grass-roots spread of information about Microsoft was a way for the company to become a trusted name.

You’ll notice that the mission of the Gates Foundation is to transform higher education—an industry that is completely dependent on computer technology, and that is pretty much also dependent on the Microsoft company for the computer applications that power its functioning.

When it comes to Microsoft’s marketing, the company found a way to grow its own customer base, a lesson that the Ripple company seems to be applying in similar public support moves, with the Ripple company’s recent donation of $29 million in XRP to a school crowdfunding website.

More than 35,600 classroom requests will be funded after Ripple made this considerable donation of XRP to donorschoose.org. That donation will send ripples of product awareness throughout the United States, a region that has lagged behind in the knowledge and valuation of XRP—in a country where the dialogue around cryptocurrency is dominated by a mass media FUD frenzy. 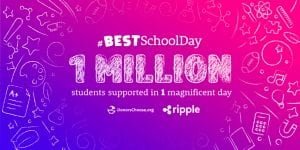 Since the announcement, mainstream media has been buzzing with the news of Ripple’s good deed, finding coverage in community news such as the San Francisco Chronicle as well as on national programs like The Late Show with Stephen Colbert. 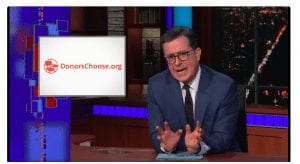 FROM FOMO TO INTU

Now that XRP will be used to pay for books, student trips, and classroom technology, FUD surrounding cryptocurrency will transform sentiment from FOMO to INTU—from Fear of Missing Out to I Need To Understand.

Basically, cryptocurrency is the next era in the computer tech industry. But as far as the general public understands it, cryptocurrency is just some strange realm of financial speculation that is filled with get rich schemes and fake ICOs. Few in the general public truly understand how the technology of cryptocurrency will serve society in a similar way that laptop computers and the internet have.  This donation from the Ripple company to donorschoose.org will in fact create quite a Ripple for product awareness, one of many no doubt in a highly planned marketing and community outreach program that will eventually make the real potential of Ripple and XRP made known to the general public—in almost exactly the same way that Microsoft took the world stage as a premier producer of computer software.