Ripple (XRP) – Everything Comes After Cobalt, Including 1-second Transmissions 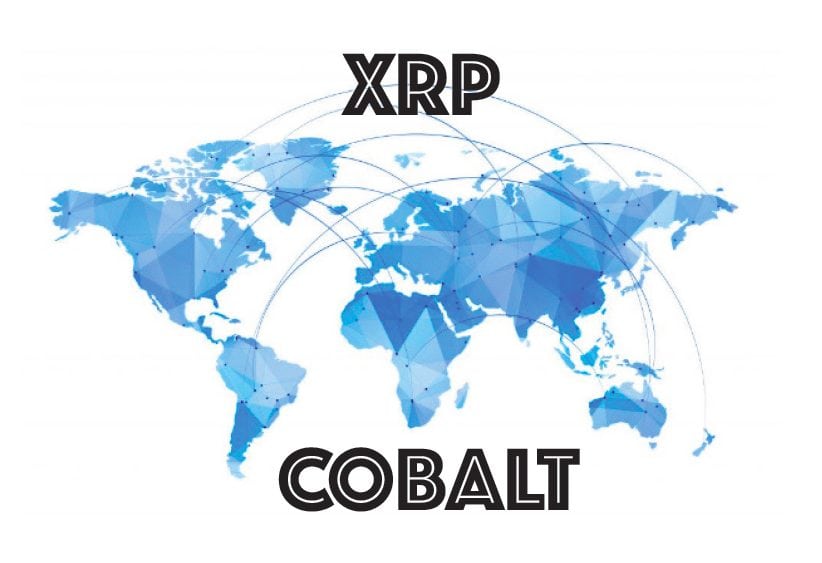 Ripple (XRP) – XRP HODrs have been keeping their fingernails nice and trim, munching on their tips as they wait and wonder when the dozens of projects that the Ripple company has in the pipeline for XRP will come to fruition. When will Western Union announce if it will be using XRP for cross border payments? When will MoneyGram do the same? Will Santander be the first bank to launch a mobile XRP app at scale, enabling individuals to execute cross border transactions and payments with the touch of an icon?

There’s a reason that announcements of XRP going live are in a hiatus, and that’s probably because the Ripple company is waiting for a major consensus update for XRP to be executed—the little talked about but much anticipated algorithm update that XRP architects are right now working on, and for which they submitted a new white paper published by the Cornell University computer science repository titled “Cobalt: BFT Governance in Open Networks” by Ethan MacBrough—a crypto architect who works for the Ripple company and who has the future speed of XRP apparently in his hands.

Although the speed of cryptocurrency gets the headlines, probably the most exciting aspect of the Cobalt update is that it greatly improves the reliability of the decentralized nature of XRP—taking it far beyond the current decentralization protocol of Bitcoin, Ethereum, and other block chain currencies. With the update, XRP transactions will be highly stable even in the presence of malicious actors.

According to the paper, Cobalt will provide XRP with an atomic broadcast algorithm “that works in networks with non-uniform trust and no global agreement on participants, and is probabilistically guaranteed to make forward progress even in the presence of maximal faults and arbitrary asynchrony”.

This improvement in forward progress is important because it will greatly increase the flow of XRP, reducing the potential for XRP transactions to get stuck.

Getting stuck is a term that describes a stall in the XRP system, generally a very short stall that is in not permanent, but that could last a second or two.

However, with the goal of transforming the banking industry’s cross-border payment system, XRP must be in the best situation possible to ensure the smooth flow of cross border payments.

Thus the transition to the Cobalt algorithm is essential. When Cobalt goes live, you can bet that any announcements that bank and financial institutions are going to make about going live with XRP will finally happen.

It’s probably happened to you a hundred times. You run your credit card, but the transaction doesn’t go through. The clerk asks you to try your card again. You look at the card, rub it on your pants to clean the strip, and then your card magically now works. You’re thinking the magnetic strip was dirty, but more than likely, the transaction system had stopped.

With the Cobalt algorithm for XRP, the system should never stop. When there are transmission delays because of a lack of consensus voting, the XRP system will then simply slow down.

This feature of Cobalt then adds a great deal of security to financial systems that plan to use XRP in cross border payments and other financial transactions.

So though many have talked about XRP missing the boat with a lightening upgrade, the fact is probably that the Ripple company didn’t see lightening as an innovative or effective improvement as Cobalt would be. For those wondering when XRP use case will start to come, you should probably stop looking for headlines announcing business partnerships. Because once Cobalt goes live, there’s pretty much no stopping the use of XRP in the financial industry.

According to an inside source for cryptogazette.com, the Cobalt update is coming extremely soon—which means basically that we’re not sure exactly when it’s going to happen. But if our source is correct, it will happen in the next few days, in the next few weeks, or maybe even in the next few months. More important than when however is that Ripple’s crypto architects are working day in and day out, night and day, to make Cobalt a reality. And when this Cobalt update finally happens, watch out, because things are going to get crazy for the Ripple company’s use-case adoption for XRP.