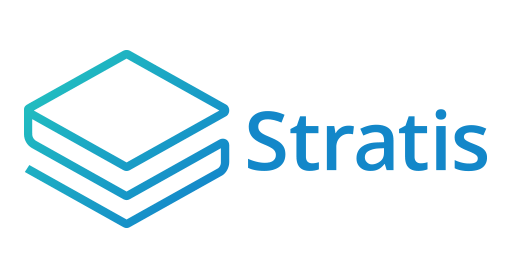 Technology is marked by a constant evolution to become better. Global tech giants like Microsoft, Cisco and IBM cemented their positions by being among the pioneers in the software-as-a-service (SaaS) movement which greatly lowered operational costs for companies. Stratis (STRAT) is seeking to become the leader of a new wave by integrating the concept of SaaS with the formidability that is offered by the blockchain technology.Blockchain-as-a-service (BaaS)Stratis is a blockchain platform that is developed with the needs of organizations in mind which seek to develop, test and deploy applications on a secure blockchain. These applications are developed in C# programming language while utilizing the Microsoft .NET framework.

While many organizations now realize the many advantages offered by using a blockchain, most can’t afford to put up their own blockchains due to the high initial cost of developing one. Stratis (STRAT) simplifies this process and accelerates the development lifecycle for these applications.Like Ethereum, but betterEthereum is the pioneer in the creation of smart contracts. However, major corporations have been reluctant to implement the Ethereum smart contracts because the structure of Ethereum puts all the projects being developed on one primary blockchain platform. This means that a corporation implementing multi-billion dollar contracts would be forced to share the same development platform with a young man who is just testing a newly learnt code. This would put the corporation at a huge risk of compromise which could lead to a huge loss of money and data.

Stratis overcomes this limitation by allowing for the creation of private sidechains for the different projects which are connected to the main Stratis platform. This protects users against any breach by malicious hackers and ensures that an issue with one project does not affect the smooth running of all other projects.Tumblebit and Breeze WalletThe Breeze Wallet was introduced by the Stratis platform developers and it’s the first Bitcoin wallet that makes use of Tumblebit. This technology will work for both Bitcoin and Stratis and its integration does not require a fork. In line with the Stratis Financial Privacy Protocol, Stratis aims to offer a decentralized and trustless privacy protocol on its main blockchain as well as the private sidechains.

The Stratis team settled on Tumblebit because it’s private and unlinkable; untrustable which means that even the developers can’t interfere with the transactions; and it’s very compatible with the Stratis platform.MasternodesStratis uses node operators to the on-chain and off-chain transactions in the Breeze wallet. These operators ensure the smooth running of the Tumblebit functionality in the Breeze Wallet, akin to miners in other blockchains. To qualify as a node operator, one must among other things: hold 250,000 Stratis tokens (STRAT) or more in their account, hold 5 Bitcoins or more for Bitcoin Tumblebit verification and have a required amount of memory in his machine.

This is especially important as it will encourage more people to hold their STRAT denying the market of a good supply. As is the law of demand and supply, low supply will push the prices higher creating even more value for not just the operators but the whole system at large.Other featuresStratis uses a proof-of-stake consensus algorithm for validation and utilizes the SegWit protocol. However, unlike many other currencies which had to find a way to integrate this protocol after launch, the developers of Stratis built it into the code from the beginning making its integration seamless. It’s also developed in the very popular C# programming language meaning that most developers can develop applications without having to learn new code, unlike Ethereum which brought a new programming language, Solidity.Investing in StratisStratis has developed a very close relationship with Microsoft, even being offered as a BaaS on their Azure cloud computing platform. This endorsement by the biggest technology company in the world is crucial to the mass adaption and use of their platform. Based in the UK, Stratis currently has a market capitalization of $521 million with its price currently standing at $5.2. As financial institutions begin mass integration of blockchain applications into their systems, Stratis will become the go-to platform and its value can only get higher.