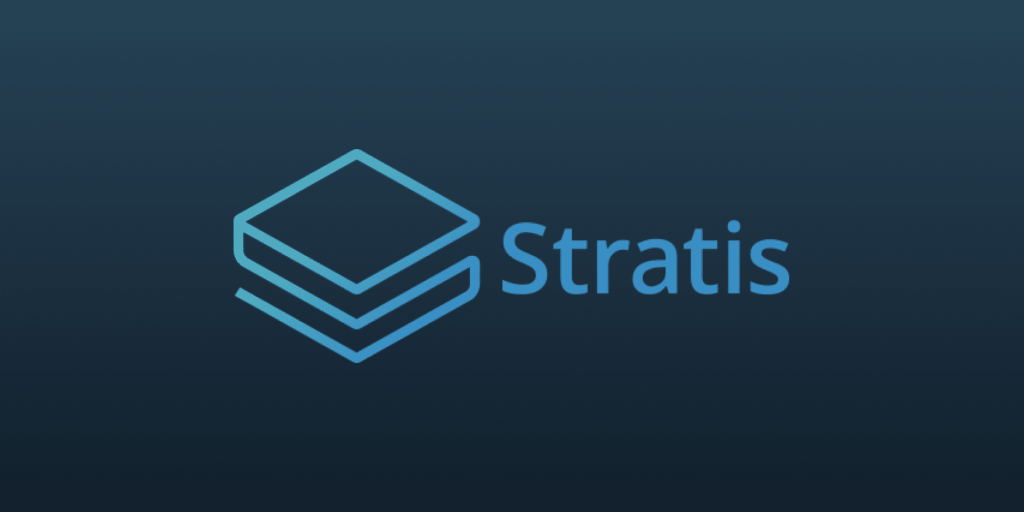 The next six months may see most milestones completed as Stratis (STRAT) platform continues to work to achieve the promised updates. The first upcoming achievement will be two ICOs performed on the platform in the next few weeks.

The Stratis project is currently building the paths for developers in the Stratis Academy, which was planned for March. This part of the project may be the most important, as it would increase visibility and attract developer talent. Stratis may be the platform where C# developers will manage to utilize their skills and gain from the expansion of blockchain solutions.

Stratis is also working in the update of its Stratis Identity application, with the objective to re-submit it for approval to the Apple store.

What is Stratis (STRAT)

Stratis is designed as a Baas, or Blockchain-as-a-service platform to offer solutions to corporate clients in the financial business who want to enjoy benefits offered by Blockchain technology. This means that companies can create customized blockchain applications incorporating features that they need, making it a simpler development process while accelerating development lifecycle for their blockchain projects.

Any large business that is aiming to take advantage of the Stratis platform can consider this Cryptocurrency.

It also can be of advantage to areas like Medical Research because of the transparency it can provide to scientific publications.

Breeze wallet is a game change from Stratis and it is a Bitcoin wallet that comes with a built in Tumblebit for the first time. If you have been wondering about the rising popularity of Stratis in recent times, Breezewallet is by far the major reason for this.

Stratis chose C# programming language which is not only well established but also highly trusted. With nearly every software developer extremely competent in C#, companies need not hunt for scarce resources to teach a wholly new coding language to its developers.

The Cloud Stratis platform allows businesses and organizations to test and deploy their bespoken blockchain-based applications in the cloud, without having to maintain the network or full clients themselves. The implementation of the blockchain can be tailored to their needs and accessed via lite clients or APIs.

A coin may be extraordinary because of its technology, but what really brings it to life is the community that it’s built around. More exposure to the coin means more questions and maybe even problems. They call themselves the “Stratis Army” and they’re willing to support anyone who comes. Whether you have a question about the technology itself or just want to chat, the Stratis Army is there, ready and waiting for you.

To fund the development and marketing of the Stratis Platform, the Stratis team hosted a crowdfunding. The event started on June 21st and ended in July 26th, 2016. During this time, the project amassed a total of 915 Bitcoin, which shows us that, if they managed their assets well, they could have up to a total of 20 million USD if sold at ATH for investing in the project.

The STRAT market price has shown its ability to grow rapidly. Despite the deep corrections, STRAT has managed to climb to much higher levels.

When Bitcoin was developed, the focus was more on the cryptocurrency itself and not on the blockchain technology behind it but nearly a decade later things have dramatically changed as investors are also into the power of blockchain technology for a wide array of applications. Stratis has seemingly taken a leaf from the Bitcoin and Ethereum experiences and developed a product addressing the mistakes and polishing all rough edges which is the major reason why Stratis is described as a future ready crypto. 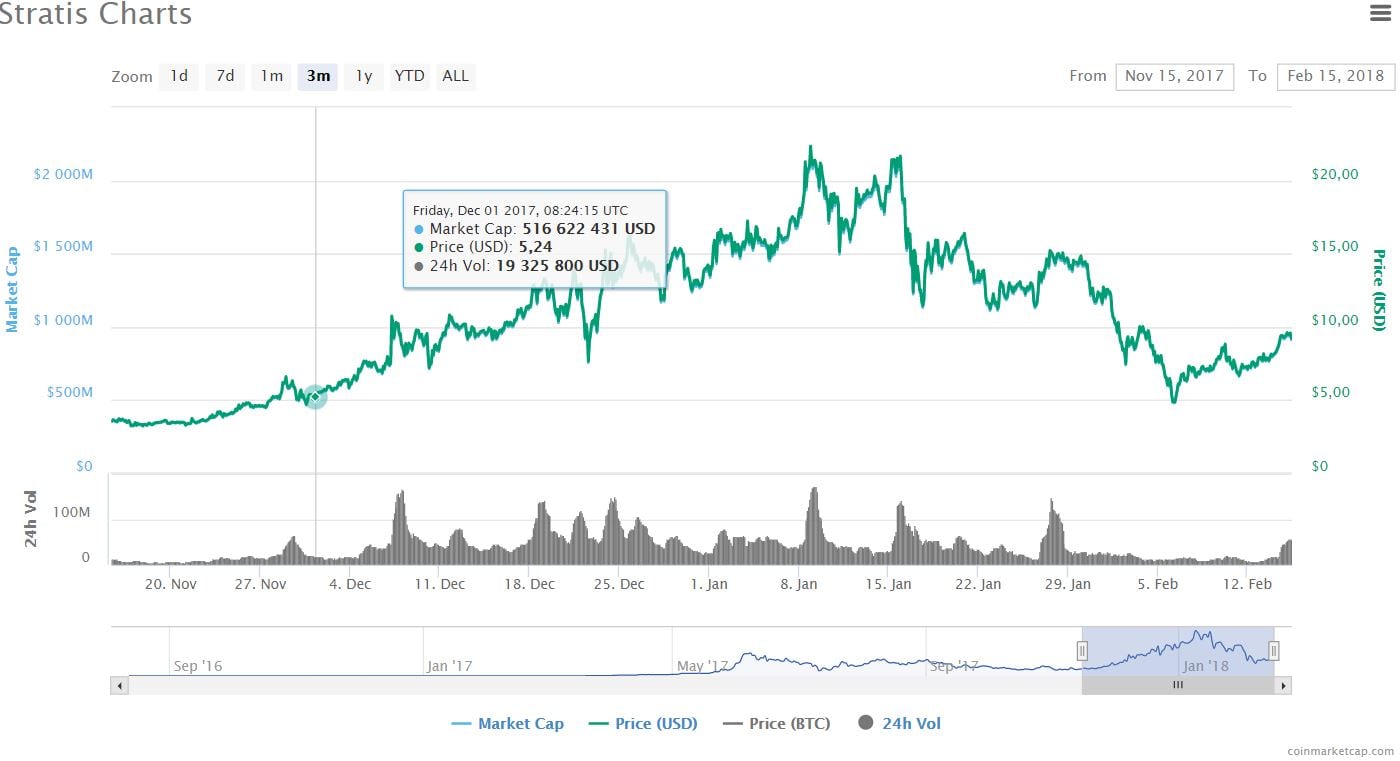