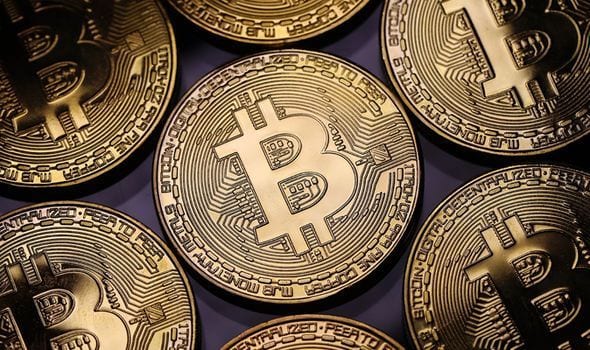 Outside of bitcoin’s market resurgence, the highlights of crypto’s narrative in 2019 have centered on the emergence of DeFi products, institutional developments, and of course, Facebook’s high-profile unveiling of Libra — the corporate-backed stablecoin.

Honing in on institutions and the increasing awareness of the crypto space, which is amplified by upcoming regulatory hearings in the Senate on crypto, an interesting dilemma is materializing — the balancing act between transparency (i.e., KYC/AML & regulatory oversight) and privacy and non-compliance.

For core bitcoin and privacy-oriented cryptocurrency proponents, transgressions against privacy are a non-starter, bolstering the prevalence of P2P exchanges, DEXs, and similar concepts. Conversely, many conventional financial observers cite the need for KYC/AML and transparency initiatives for the blockchain space to adequately mature, reducing instances of fraud, and granting regulators the type of oversight they are accustomed to as crypto financial instruments arise.

Michael J. Casey refers to the balancing act in Coindesk as Facebook’s Libra’s biggest problem, a salient point that is a microcosm for two camps circling a powerful technological development.

The problem is that the two visions are often directly at odds with each other, and where they clash, reveals some intriguing insights into what the future landscape of cryptocurrencies may look like.

A Conflict of Interests

Look at any mainstream media or crypto publication today, and you will find ample evidence that institutional interest in crypto and blockchain is on the rise. From ErisX getting the green light by the CFTC to launch regulated bitcoin futures (physically delivered) to Grayscale reporting that institutional investment is soaring in 2019, it is evident that we are on the precipice of a broader encroachment of institutions and regulators into the crypto space.

On the one hand, such developments are bullish for the long-term sustainability of the general concept of digital assets, and their staying power among investment portfolios. Where the interesting question arises, however, is exploring the potential mold that they will take.

The lack of a definitive regulatory framework for crypto in the US has hindered innovation. However, it is also a result of an abundance of caution by regulators in addressing an emerging field where opaqueness ranging from exchange solvency to media bias is endemically problematic.

For example, scams, such as the recent $7 million bitcoin escrow debacle, are still commonplace. And the now-shuttered Breaker Mag revealed the pay-for-publish dynamic among many projects and crypto media publications.

Extending regulatory oversight to exchanges, however, and the topic becomes more convoluted.

For example, the hardline position taken by the NYAG against exchange Bitfinex is indicative of their drive to pursue non-compliant exchanges serving US customers even if they are outside of the US.

The CFTC even recently announced a probe of BitMEX, the massive bitcoin derivatives platform, which is widely considered to be one of the most important markets in bitcoin, for serving US customers. And BitMEX may ultimately prove the perfect battleground of privacy vs. compliance.

BitMEX enables its users to deposit bitcoin anonymously, signing up via an email and nearly instantly being able to deposit bitcoin on the exchange. US customers are barred via geoblocking IP addresses, but it’s a well-known secret how easy it is to bypass this with a VPN. It’s also obvious that BitMEX’s anonymous, non-KYC nature is an enormous draw for investors, and is precisely why the exchange’s result with the CFTC will play out as a critical barometer for the industry.

Simply put, BitMEX is a major point of friction where the concept of more institutional, sophisticated financial instruments clashes with privacy and non-compliance, at least for what US regulators are seeking. BitMEX furnishes both privacy and perpetual swaps to traders, which in turn has enabled the exchange to achieve $1 trillion in volume in the last year.

But regulators clearly have a problem with the exchange’s position.

Under the guise of “protecting investors,” as many surreptitious regulatory campaigns operate, regulators are actively seeking to make crypto exchanges succumb to KYC/AML adherence. Binance and Poloniex are the most recent to oblige regulator requests, with Binance blocking US customers until the rollout of its US platform, and Poloniex delisting and blocking more obscure assets from US access.

BitMEX is a whole different animal, though. They have an insurance fund worth more than 30k BTC, and the exchange is based in Seychelles with some of the highest volumes of any exchange. To them, forcing KYC compliance could significantly degrade their business.

It is unclear how the current situation will play out with the CFTC, but it is highly likely that BTC outflows from BitMEX will continue to accelerate, as they have since the probe announcement, should charges be filed — setting a precedent for any non-KYC derivatives exchanges in the process.

While BitMEX represents the battleground between the institutional entrance, compliance, and privacy, other exchanges are following compliance. For example, Kraken, who is regulated in the US, is launching a futures trading arm, and Bakkt is already testing their physically-delivered futures trading — a vanilla form of BitMEX’s perpetual swaps.

Additionally, exchanges are also self-regulating to clean up their transparency and order book reporting, with CoinMarketCap’s DATA Alliance a prominent example, including the likes of several leading exchanges and independent media outlet Crypto Briefing. For their part, Crypto Briefing also rolled out their Simetri institutional product, which is the culmination of their efforts to bring comprehensive analysis, insights, and transparency to projects and investing in the crypto markets.

Such developments are promising for fostering the type of clarity and accountability that the crypto industry desperately needs, but the existence of the likes of BitMEX and P2P exchanges like Bisq create a divergence in the industry. That’s where things get interesting.

Libra’s presence in the US Congress is because there is an entity, Facebook, representing the platform. Bitcoin “executives” were noticeably absent because there aren’t any. Decentralized protocols like Bitcoin are subsequently uncensorable, but the question on what ecosystem of institutional products can exist with a similar uncensorable nature and privacy emphasis remains.

That point of divergence between what more cypherpunk-attuned users look for and what regulators want will continue to be a flashpoint.

Libra cannot bow to regulators and promise private transactions that cannot be rolled back, should they be used in illicit activities, at the same time — yet they do so anyway. To what extent will exchanges like BitMEX have to bend the knee towards regulators, if at all?

BitMEX is seemingly outside of the US jurisdictional reach in Seychelles, but it faces the problem that its business model will tumble should compliant futures platforms steal market share from its user base. There will always remain a subset of users who want the type of privacy and non-KYC model of BitMEX, however, it remains unclear whether non-compliance and privacy on exchanges can sustain itself as the market matures and the US flaunts its jurisdictional reach drawing from its global financial dominance.

Technological developments like discreet log contracts offer promise for uncensorable bitcoin derivatives, and other pathways for DeFi on Bitcoin are materializing. However, the complexity of such solutions, lack of early liquidity, and general unfamiliarity with them, as opposed to a derivatives exchange like BitMEX, makes them tenuous answers at the moment.

For now, Libra may be promising the best of both worlds, while BitMEX is offering the best of both for privacy proponents. The former is talking outside of both sides of its mouth, while the latter is facing regulatory scrutiny for catering to the convergence of privacy and advanced financial products that institutions and retail investors want.

Both are at the focal point of the clash between privacy and conventional regulatory norms.

Bitcoin is uncensorable and independent from regulatory reach, but it remains to be seen whether the entrance of institutions and regulators will allow the design space around Bitcoin to offer the same assurances.