The Mistery behind the Orchid (OXT) Coinbase Listing 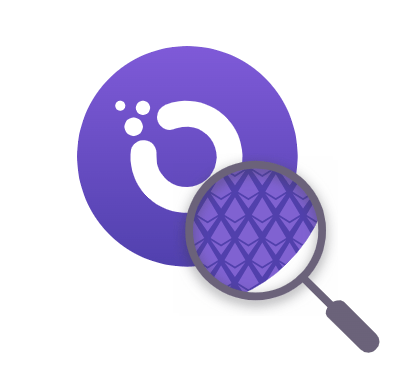 How does Coinbase list an asset that’s currently sitting at #297 on Coin Market Cap? This question has baffled many, me included, which led me to talk about Orchid (OXT). They describe themselves, in the whitepaper, as being a decentralised market for anonymous communications.

Many people were left wondering why would Coinbase list this asset when there’s so many valid projects with much bigger market capitalisation and also higher daily traded volume. Not only this, but also the fact that Orchid (OXT) is an infant project that has only launched their product roughly 3 months ago. Their product consists in the Orchid App that allows you to connect to multiple VPN service providers and purchase bandwidth from them directly using the Orchid network.

The Orchid Network itself resides inside the Ethereum (ETH) network and it uses OXT, Orchid’s ERC-20 token, to settle balances between the end user of a VPN service and a provider. What the project claims to be their key feature is that they can send tiny payment fractions through each IP packet sent to the Proxy Network/VPN. This changes the way we think when we pay for a service such as a VPN because it completely removes the concept of subscriptions and introduces a pay per use with competitive costs, and it also removes the need of trust both for the user and also for the provider.

This obviously all sounds great, but for a fresh project you need something more than just an idea, which is exactly what we got here with Orchid (OXT). At the launch of the Orchid App they had already raised over $40 million from Venture Capital funds such as Sequoia Capital, Blockchain Capital, and also some credited investors.

Besides the obvious interest Orchid raised they also have a profound use-case here, since the reality is that decentralisation is very important when it comes to VPN service providers, as we’ve seen NordVPN, one of the biggest providers in the world, getting hacked. Other providers also got a lot of scrutiny for sharing the activity logs of their users to investigators, showing everyone that they did not in fact had a “no-logs policy” which is something that is expected from every VPN service provider. These problems can be mitigated by Orchid (OXT) with nano-payments and zero knowledge proofs.

All of this is why Orchid (OXT) is a project that people really should pay some attention to, because even without all the information given above, the fact is that it is the only cryptocurrency listed on Coinbase in which the total market cap is worth less than $10 million dollars. Having almost reached $0,70 USD about 3 months ago, Orchid (OXT) currently is trading at $0.13 USD making this an opportunity to branch out and diversify your portfolio. There’s not a lot of projects that are focusing on this niche as of right now which is why this is a great wild card to add to portfolio, specially with the COVID crash which made Orchid plunge from their $40 million valuation to under $10 million in market cap.