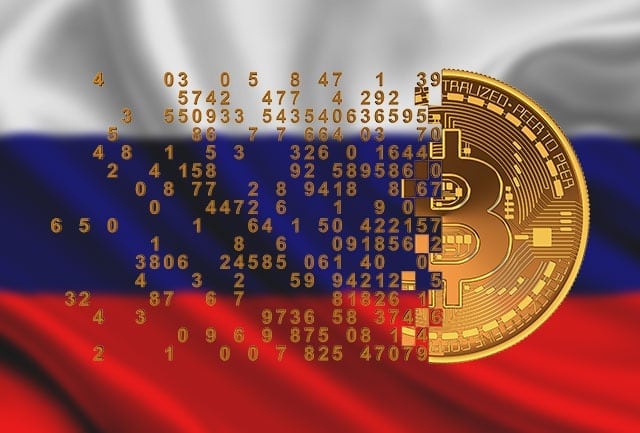 Despite the Russian court’s outright banning Telegram in the country earlier this week there’s long-term hope for the cryptocurrency market in the Russian Federation, claims independent market research company Churchtown, despite claims they are “dubious” by Central Bank First Deputy Governor Sergei Shvetsov.

The disparaging comments come after the Russian official gave a speech at a high-level session in Moscow on 10 October. In it he said that investors needed to be protected. “We cannot stand apart. We cannot give direct and easy access to such dubious instruments for retail [investors],” Reuters reported Shvetsov as saying. (Russia turns cold on crypto-currencies, 10 October 2017 https://www.reuters.com/article/us-russia-cenbank-bitcoin/russia-turns-cold-on-crypto-currencies-idUSKBN1CF0RF)

However President Vladimir Putin had previously met with cryptocurrency tycoon Vitalik Buterin in June and had given his blessing to plans for Russian blockchain, the technology which makes these virtual currencies work. This means the announcement of new regulation at the 10 October meeting is a complete about-turn for the Russian government.

Churchtown further stated that it believes that Russia is “scared of the changes that cryptocurrency exchanges bring, and are acting to safeguard the financial institutions that they know all too well.”

Churchtown along with many others aims to bring multi-millions worth of investment of cryptocurrency mining equipment to the Russian Federation’s and is involved with the Russian Miner Coin (RMC). Cryptocurrencies are a “revolution”, he says, and points out that “debt is power and with individuals owning cryptocurrencies, it removes the control from central government and, in effect, creates a black hole economy, if this is not legislated fast the government will lose control completely.”

The announcement came from a meeting of top finance officials in Sochi including Elvira Nabiullina, Bank of Russia Governor, Anton Siluanov, Finance Minister, and Kremlin economic aide, Andrey Belousov. Putin’s rationale was that “the use of cryptocurrencies bears serious risks”, including money laundering, tax evasion and funding for terrorism, he said during his speech at the session.

This sentiment was echoed by Shvetsov speaking on the same day, saying, “We cannot give direct and easy access to such dubious instruments for retail.” He believes that traditional means of banking are a much safer way to protect the interests of Russian investors, Reuters reported.

This is not the first change of direction for the Russian government on this issue. Anton Siluanov, Russia’s finance minister, stated at the II Moscow Financial Forum a month ago that “There is no sense in banning [cryptocurrencies], there is a need to regulate them.” He also explained the legislation needed for citizens to buy cryptocurrencies within the law was being developed.

Restrictions in China and South Korea are only temporary, and are in place in order to allow time for better regulation to be drawn up and enforced, believes Challis. The governments of these countries are well aware of the changing financial markets and are happy to support them, but in a well-regulated manner, he believes.

This means it’s only a matter of time until ICOs are legislated in Russia, he says. This follows the example of countries like Gibraltar that have just passed Digital Ledger Technology legislation which could support the market.

Data from Churchtown Investments estimates that Russia will have a working blockchain solution in the next 12 months. This may be a decentralized copy of their currency, similar to that of the Chinese NEO countries. The nations tend to keep their technologies in house.

It would seem they are talking one hard line when behind the scenes attempting to become a world leader in this. Let’s be honest all the arms deals and nefarious activities are done in physical cash why would anyone want to trade such items on an immutable ledger such as the blockchain?

China’s current approach may be only temporary, so comparisons with Russia are not straightforward. Challis does point out that even government policies restricting access to digital currencies may not be effective. He explains, “banning cryptocurrencies doesn’t stop decentralised financial markets from evolving, but instead simply slows down the process and creates greater levels of illegal activity.”

In fact, recent months have seen the value of Bitcoin soar to more than $20,000, and there are plenty of Russian citizens among the buyers. Challis believes this enthusiasm will need to be balanced with the view of the authorities. The message from them is currently mixed. Alongside the recently-announced plans on regulation, Russian authorities have also discussed subsidies for major mining operations.

However, Churchtown’s data and predictions also suggest that current reforms are not creating a healthy future for the Russian economy. The group’s experts believe that holding back on crucial changes for as little as five years will give other nations the chance to greatly advance the regulations and mining technology they have in place.

cryptorubleRussia
Previous ArticleBitcoin Cash (BCH) Is On The Rise – Going To The Moon?Next ArticleBest Cryptocurrencies To Keep An Eye On – What’s The Next Bitcoin?