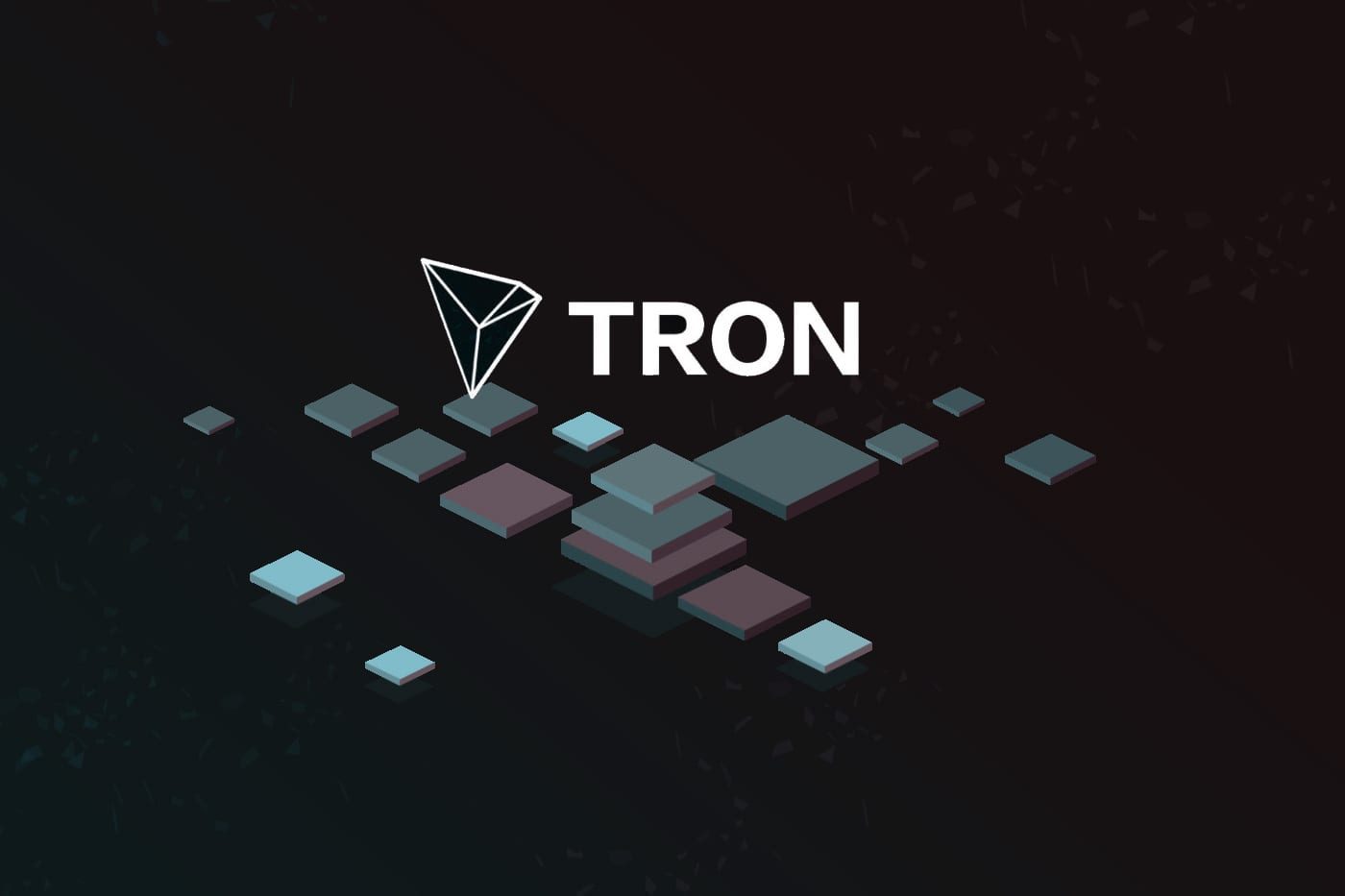 TRON (TRX)–TRON has established the largest goal of all cryptocurrencies: to reinvent and revolutionize the world of online media content. The emphasis for TRON and the coming Main Net launch is unmatched utility through the TRX token and establishing a direct line of ownership through the use of blockchain. This could equate to TRON’s platform being used as a way to fight online censorship, in addition to providing a solution to the persistent problem of vague digital property rights.

TRON’s biggest update yet, titled EXODUS, is scheduled to occur at the end of the month. While it will be years before TRON’s network possess the sophistication and volume to fully reinvent the digital landscape, we should begin to see the budding potential of what such a network could accomplish. There are three primary realms–given our current usage of digital media–that TRON could effect the biggest disruption. Here is a list of possible industries for TRON to target, and why each represents a significant stepping stone on the way to overhauling the digital media landscape.

TRON’s network provides the scaffolding for content publication and distribution, but could also function as a marketplace, similar to Apple’s Itunes Store or PlayStation Network for buying and downloading games. TRON has already begun its transition into the gaming industry by forming a partnership with Xu Le and Game.com, a portal committed to growing gaming through cryptocurrency exploration.

As a whole, the community of gaming and cryptocurrency have a fair amount of overlap and interest. Gaming would benefit from having a fresh outlet for content publication, thereby spurring both indie and larger development teams to market their product on TRON. Cryptocurrency, particularly through the instant and essentially free transactions that TRX provides, is largely unexplored for gaming integration. While many have become frustrated over micro-payments and the incessant push for downloadable content, TRX could provide an entirely new experience through genuine “micro” payments. Similar to putting a quarter into a an arcade machine–on a much cheaper scale–the utility of TRX allows for users to contribute payments on a scale in the 0.0001 TRX range, or 0.000003 USD at current TRX pricing. Rather than paying upfront for a game, users could opt-in to a model where they paid only for active playing time, on an adjustable scale that rewarded longer use.

Blockchain also provides a novel component for gaming, whereby transactions can have implications across the entire network. Success in one game could lead to rewards being carried over into other games, or the currency being spent on real world applications. Transacting TRX tokens in a certain game could then be carried over for purchasing real products on a commerce site like Amazon. The whole point of TRON is seamless integration and transition across a broad entertainment spectrum.

Aside from gaming, TRON could find the largest impact as a platform for online content distribution. Gaming falls under the umbrella category of media publication, but think videos, pictures, books and even scholastic publications. Ownership, in the digital realm, has become a grab-bag of malpractice and plagiarism. But using the principles of blockchain for consensus ownership, TRON’s network has the potential to create a network of direct publication and direct ownership–at all times. Imagine a Google Docs where each publication and contribution is clearly defined. Or a PubMed where scientists and physicians can share research and data with a clear line of origin and no mistaking on publication rights. Movie producers and Youtube amateurs could also experiment with a similar model; again through collaboration that is both malleable and defined.

While TRON thus far has been imagined for gaming and entertainment, it holds an incredible amount of value for academic endeavors. Universities could use TRON for online coursework or even entire classes. Exams could be distributed on TRON’s network, with each student having a defined space and relationship with the professor that is all clearly recorded through blockchain and easily transmitted through the network. IOTA and Cardano have been pegged as a two cryptocurrencies to explore the merging of cryptocurrency and academics, but TRON’s Exodus launch could also provide similar features.

Social media presents the greatest enigma and hurdle for TRON in terms of network adoption. We can call it the Google+ effect: despite having the backing of an internet company giant, in addition to widely used gmail integration, it is difficult–if not nearly impossible–to start a new social media platform without widespread acceptance. People go on platforms where their friends already are. Users benefit the most when they can interact and socialize with the greatest number of people they know or at least have a connection to. Because of this need for massive, upfront adoption, it’s unlikely that TRON will ever become the next Facebook or Twitter. But it could command a new niche of crypto-based social media.

There is an interesting caveat to what TRON could offer over other social media exchanges. First of all, TRON’s network is attempting to be a conglomeration of all media outlets–essentially a mismatch of the internet. Think of the commerce and transaction ability of Amazon, combined with the distribution of YouTube and the social sharing of Facebook. That level of integration and usability has gone untapped, or at least unrealized in the current model of these platforms. While Twitter and Facebook have flirted with the idea of direct purchasing links and other forms of commerce advertisement, TRON’s network is shaping to be a seamless network where the same social currency used in sharing likes and posting videos is also used in transacting for real-world goods and services.

TRON also offers the security and privacy afforded to cryptocurrency. In light of the most recent allegations against Mark Zuckerberg and the goliath that is Facebook over the misappropriation of user data and illegal information sharing, particularly in relation to the most recent US presidential election, there is a subset of the population in search of a social media website that offers more security. Admittedly, it should come as no surprise that Facebook has been sharing user data, or at least turning a blind eye to the procedure. The company controls a massive amount of data that is invaluable to certain parties. However, a subset of the population that desires to use Facebook also highly values their privacy, which opens the door for a new platform like TRON to offer social media with an added layer of security.

It’s unclear how TRON’s platform could offer the best of both worlds–the security and anonymity of crypto combined with the open-window aspects of sharing on social media. But, given the roots of cryptocurrency in figures like Wikileaks Julian Assange, the tools and community are in place for such features. Likewise, developers on TRON’s network also have the incentive to pursue greater privacy, as a way of establishing a niche product and grow the user base of their service. The idea behind TRON’s network is for the user retaining full control of what they post, publish and contribute to the network. Justin Sun has already started the effort to draw attention to what TRON offers in competition to other social networks.

A decentralized social platform will give account ownership and data back to the people. No more profiting from sitting on our data gold mine! #TRON #TRX $TRX #DeleteFacebook https://t.co/Fh2roLD61t

Given the scale and substantial user base of Twitter, Instagram and Facebook, it’s unlikely that TRON will be able to establish a competitive social media following on its network. However, through the incentive of micro payments and other economical features, it has a good chance of drawing a crowd looking to find compensation for their publications. From YouTube-esque videos to software and games, TRON can create an all-in-one commerce platform that offers substantial and novel features of ownership in addition to being a leading platform for cryptocurrency. The real benefit of TRON’s network is the ability for the cryptocurrency to helm its own adoption. While Justin Sun and the TRON team are doing a commendable job building real world partnerships, TRON’s Main Net allows them to grow their own use-cases and implementations organically. The focus shifts from building existing partnerships and real world implementation, to enticing users and developers to flesh out TRX usability on the platform itself. Again, this all points to a project still years in the making. But the slow, organic approach to growth is also one with potential to create substantial and exponential change. Other cryptocurrencies are looking for dominoes to knock over in pursuit of adoption. TRON’s network is going to create concentric circles of ever growing influence.