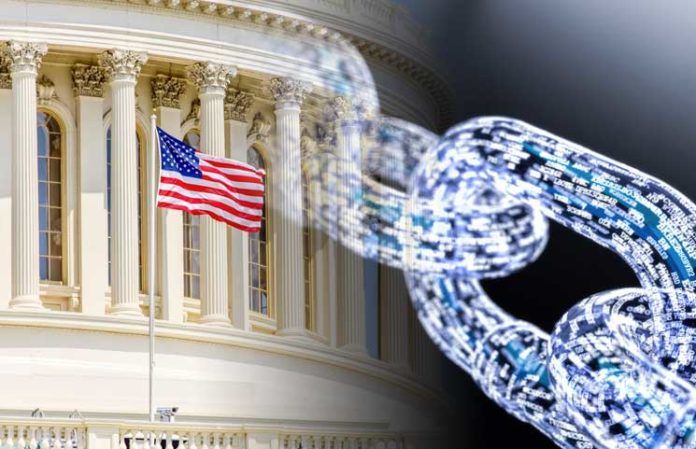 The whole world is hit by an economic crisis triggered by the coronavirus pandemic, and the governments are doing everything they can to help the populations.

Despite the global crisis, the crypto industry managed to recover following the significant hit that Bitcoin and the digital assets took back on March 12.

Bitcoin traded below $4,000, and the king coin managed to recover flawlessly.

Today, Bitcoin is trading in the green, and the most important coin in the crypto market is trading at $9,056.08 at the moment of writing this article.

Bitcoin continues to gain interest, and more people still see it as a safe haven.

Also, many believe that the blockchain tech could turn out useful during these harsh times.

There are various optimistic predictions about the price of BTC these days, ahead of the halving, which is scheduled to take place on May 12.

US lawmakers urge the Treasury Dept to use blockchain

There’s a group of US lawmakers urges the Treasury Dept to tap blockchain and DLT in the nation’s efforts to provide economic relief amidst the crisis.

According to the latest reports coming from the Daily Hodl, is a letter to Treasury Secretary Steven Mnuchin dated April 23rd, 11 legislators led by Rep. Darren Soto (D-Fla.) made sure to highlight the potential use of these technologies to speed up the distribution of funds and to improve the efficiency of tracking relief programs.

“Our nation’s technology companies are envied around the world and have produced some of the most important innovations of the past century,” the letter says.

The notes continue and explain that “Among the most important and relevant are new mechanisms capable of moving money and providing liquidity quickly, securely, and transparently, including through reliance on blockchain and distributed ledger technologies (DLT).”

We recommend that you check out the complete letter in order to learn more details.