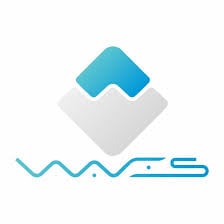 Waves (WAVES) is looking to build a robust decentralized exchange (DEX) and trading platform but also a launch pad for future ICOs. There is a limited ongoing closed Beta which is trading live with users prior to the expected December 13 release of the public Beta. Just yesterday the closed Beta crossed an important trading level for the first time.

Beyond a trading platform, Waves (WAVES) is also a distributed Proof of Stake (POS) which allows holders of Waves to set up nodes to process transactions ad earn rewards. The rewards are variable and can increase to 5% annually in return for the transactions processed and the agreement to hold a minimum amount of Waves to help secure the network. This is the part of Waves that makes it decentralized and helps to make the transactions process in seconds rather than minutes to hours for Bitcoin (BTC).

Launched July 2016 to little fanfare the Waves team has been steadily progressing this large project along and meeting milestones to deliver on their promises. Like the broader cryptomarket, Waves has had a bull run of late and now entered to the top 30 by market cap of all crypto coins. Waves peaked in early July nearly getting into the top 10 and has since retreated from those highs but yesterday had a nice 30% bump on the release of people posting pics from the closed Beta trading platform. Now it hopes to be the next Ripple (XRP) and crack the top 10 market cap through explosive growth going forward.

Now we start to get a look of the product by real users and rumors it is going well. This is causing the momentum to build heading into the end of 2017. While the release now is limited December 13 the Beta goes public which can only increase the awareness of Waves.

Waves is not the first company to bring a trading platform though so in addition to trading Waves promises to allow transfer of funds between users with minimal fees and the ability to earn interest on deposited funds by ‘leasing’ those funds to miners. The leased portion and interst is important as miners, those providing computing power to process transactions, are vital to the network. To become a miner and host a node a person must have 10k Waves tokens. At the current price of $6.17 that can be a high hurdle to meet.

This is where leasing comes in. The power of the crowd can help smaller miners meet the minimum required to host a node through leasing. Essentially sharing in the mining power by locking in Waves tokens through smart contracts with miners to ensure they maintain the 60k minimum. The more coins, the more rewards a miner can secure. With Proof of Work (PoW) coins only miners benefit from the processing but with Waves it is possible for all holders of coins to benefit without managing a mining operation. This function is already working on the closed Beta according the the dev team.

$WAVES DEX, leasing and Token Launched are coming to Closed Beta Test this Wednesday, November 29th. We’ll re-open the Closed Beta application form so anyone who’s not made it earlier could now join in! #WavesPlatform #Blockchain #Cryptocurrency https://t.co/O9AekJipBM pic.twitter.com/CwsVJ68GKx

With recent controversy surrounding exchanges like Bitfinex and the worry of another Mt. Gox the importance of a decentralized exchange cannot be overestimated. Rather than send coins to a central exchange, with Waves you keep your coins on your own wallet and trade using your own computer. The transaction is then processed by miners. No worries about lost or stolen coins.

December 13, 2017 promises to be a big day with Waves launch. This is one of the most anticipated second generation blockchain finntech companies of recent memory and this may be your last chance to catch it at a discount. Check out the website and be ready for the launch to take a look at the product and maybe do some trading. Hopefully they can drive down transaction prices as the only other options can be quite expensive and always come with the risk of lost coins.