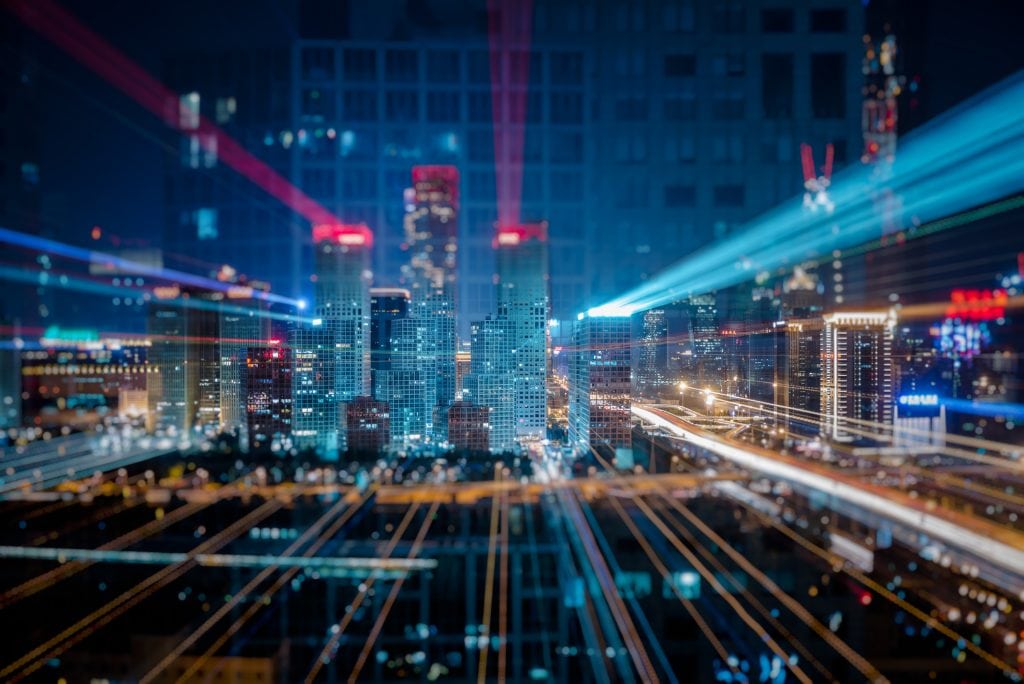 As time passes and technological advancement becomes a rapid wave of evolution leading the new industrial revolution, or Industry 4.0, technological concepts evolve into solid ideas, companies, and working projects. One of the most promising concepts that is now an unavoidable part of our near future lives is The Internet Of Things, or simply IoT. We’re taking a closer look at why so many new and well-established industrial titans, such as IOTA (MIOTA), IBM, and Google are on their way to adopting this new technology into their systems and services.

Before we begin we must understand what Internet Of Things really represents in a nutshell: The Internet Of Things is a network pretty much like the traditional internet network, only made especially for machines carrying a specific kind of conscious operating patterns and IoT access or compatibility. Using the IoT as a base network, the machines, or/and smart-devices and applications could meet and interfere with each other inside the network both with artificial intelligence behavior and man-controlled operating platforms such as software interfaces for IoT applications.

The machines can use the IoT network to store, exchange, authorize, secure, contempt data, micro-transactions and encrypted files using a variety of functions pre-designed for each IoT based application. One of the most promising emerging projects around the IoT sphere would be IOTA (MIOTA), a Berlin-based Foundation, behind the IoT Data Marketplace, The Tangle (a prototype Directed Acyclic Graph type Distributed Ledger), IOTA (a machine to machine secure and scalable payments system using MIOTA, IOTA’s native digital currency, or cryptocurrency) and the IOTA Ecosystem (a fund run by the IOTA community and the corporate members of the Foundation (including BOSCH, Volkswagen to name a few, made to upscale IOTA in the top players of the IoT scene.

Of course, IOTA is not the only DLT based IoT focused platform, but it is certainly the only one that has already established corporate and governmental level contracts all over the globe in order to transform modern societies into fully autonomous “smart cities”.

Although people still don’t trust blockchain technology 100%, IOTA has proven the community multiple times that it has nothing to do with traditional “alternative monetary systems” blockchains such as Bitcoin, but has a rather unique vision of the future.

Most cryptocurrencies, use one of the following techniques to enter the sha-256 based markets: A. they create an alternative to Bitcoin or Ethereum, B. they strive to integrate blockchain technology into already established industries. C. they sell nothing more than “thin air”.

Now, what happens with IOTA is that it’s a category on its own, combining distributed ledger technology, monetary systems, and a semi-established aspect of technological advancement that is IoT.

It is most likely for IOTA to succeed over other similar entities, for one simple reason: If Bitcoin, or Ripple or whatever was “good”, traditional parties already working on the same sector would if not adopt it, create their own version of it. For example, Banks would already have their own cryptocurrencies if it really was necessary and it was the next step in evolving our monetary platforms. Banks gave some time to Bitcoin and Ripple and they couldn’t even touch Banks’ expectations. Therefore, banks decided that Bitcoin is not such a “good” thing after all.

On the other hand, Internet Of Things as a concept, not only has proven itself working and necessary for the evolution of technological advancement but it is openly addressed and used by governments and mega-corporations already.

IBM has its own IoT network synced with IBM’s supercomputer unit “Watson“, Google acquired Xively according to a recent announcement by both parties in order to upscale its IoT position, Microsoft has been working with Azure cloud services in order to create a decent IoT environment for their customers, companies like BOSCH and Volkswagen are pushing the boundaries of IoT to see what we can come up within the next years. By the way, both companies are already involved in IOTA, financially and with brain power respectively.

Concluding, you won’t see any government or top shelf corporation playing around with volatile projects like Bitcoin. They invest smart and they can see where the future is heading as they did for the last centuries. IoT is going to be as common as internet nowadays and the platforms supporting it will be the real next winners after the industry 4.0 run.

Again, I am not saying that IOTA (MIOTA) is the only IoT platform, but it’s one of the biggest, one of the first to take IoT into mainstream waters and one of the most innovative and active at the same time when it comes to IoT Applications.

Let me guys know what you think about the future of IoT and how important do you think it is, in the comments below.