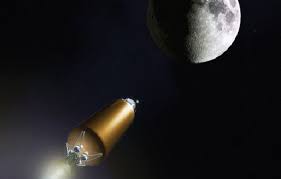 There are bragging rights for being #1. In sports, politics and stocks we always love the winners. Bitcoin currently holds a wide lead in this space as the most valuable cryptocurrency. Other than the quality of being first, why do we still value Bitcoin the most?

That is a hard question to answer. Luckily for investors though money can be made with any currency. The stock market is just that, a market, full of stocks we can pick and choose to help us make the most money. Just like the stock market we can choose currencies we believe will have the highest returns and therefore make us the most money. While there are bragging rights to be had at #1, there are many other coins that hold real value and have carved out a niche that should drive prices higher well into the future. With any luck Ripple (XRP), Litecoin (LTC) and Monero (XMR) can take investors straight to the moon with growing market values.

Ripple is the new darling of the crypto world. The market leader in the new generation of blockchain companies looking for practical uses for digital currency technology. The goal is for Ripple to run back-end applications for major financial institutions and exchanges to facilitate the transfer of currency anywhere in the world.

There are many applications for Ripple’s technology from asset transfer, exchange settlements, payment processing for retails client, and corporate currency transfer. Ripple is target large institutions with trillions in assets and revenue to become the biggest player in currency movement. With volume comes fees as corporations and banks pay Ripple to integrate the technology or use Ripple coins to facilitate the transfer between various fiat currencies.

Ripple has first mover advantage in this new digital age and a growing list of impressive large clients. Most recently it signed up American Express and just in the last 4 days signed up the second largest bank in Korea with Shinhan. As we have previously discussed, Korea is by far the largest crypto market which indicates any banking partnership in Korea could be huge for Ripple. Shinhan serves thousands od Korean companies and millions of citizens and is also testing a digital vault for cryptocurrencies in a sign it may become the world’s first crypto “bank”.

The wide deep moat Ripple is creating in the banking industry is going to be hard for other currencies to overcome. LEgacy banking systems are known as legacy systems because they are old. Once Ripple is integrated into the wider financial market there is a chance it will gain a foothold that cannot be disrupted for decades.

Bitcoin is slow and expensive to transfer funds. The average fee to send Bitcoin is between $2-4 per transcation and can be hard to predict as it depends on market demand. This may seem small if you are sending thousands of dollars worth of Bitcoin, but what if you just want to buy dinner? The only way around the fees is to keep Bitcoin on third party sites like exchanges and only transfer within the exchange like with coinbase. This works as long as both parties are members of the same third party app.

Enter Litecoin (LTC). Founded by Charlie Lee, a former Google exec, and based on the same blockchain technology founded by the unknown Satoshi Yakamoto Litecoin is fast becoming the transaction partner to Bitcoin due to much faster processing and much smaller fees. With the current Bitcoin implementation growth of the network will only make it more expensive and slower to process transactions making it impractical for day-to-day use.

Atomic swaps and SegWit help to solve this problem by expanding the transaction capacity of Litecoin and allowing direct swaps from Bitcoin to Litecoin form a wallet rather than an exchange. As an example, you walk into a Sushi restaurant that accepts Bitcoin for dinner. Knowing that the transfer could take 8 hours to complete you and the merchant have two options – 1). Not buy dinner with crypto and use fiat currency or 2). hang out until the transfer is complete. That is until atomic swaps comes along with a solution.

Now you can with your smartphone perform the swap from Bitcoin to Litecoin instantly, transfer the coin in seconds to the cashier who can then instantly swap it back to Bitcoin or keep it as Litecoin. Just last week this technology was tested successfully and is pending wider release to the public.

“You can now transfer value instantaneously across blockchains.” @SatoshiLite & @starkness weigh in on how the cross-chain swap from #bitcoin to @ltc opens up a new world of possibilities. https://t.co/oPVcDUTP4E

We already see the transactions in Litecoin growing rapidly when compared to other non-Bitcoins. And while the transactions fees are small, much like Ripple, volume matters and adds value to Litecoin which could propel the price going forward.

This sounds crazy but above we mentioned Ripple had volume and volume matters. This about this. The market cap for Ripple is now over $10 billion and daily volume is ~$600 million. The market cap for Litecoin is half at just over $5 billion and the daily volume is nearly $600 million. Litecoin does more volume per day than Ripple does when weighted for market cap. Don’t believe us? Check out coinmarketcap.com or head over to Ripple’s volume website. You will see that LTC was left off the chart. Interesting.

The $1 bill you might have in your pocket was no doubt used for nefarious purposes prior to being given as change at the gas station. Cash is used for the purchase of drugs, sex, guns or other less than stellar products. It is also used to purchase expensive cars, artwork and property often by people who wish to remain anonymous.

Bitcoin, Litecoin, and Ripple operate with a public ledger that anyone can search for individual transactions and wallets to see transaction amounts and receivers wallet size. As anyone who went to jail from Silk Road fallout can tell you, Bitcoin does little to keep your identity secure. But both dollars and Bitcoins are used every day for regular transactions also.

Demand for anonymity drive people to Monero and with it drives the price of each coin. In addition to a non-public ledge it also uses Ring-CT and Confidential Transactions. This randomizes payments, senders, and receivers and combined with a private blockchain prevents access to view wallets. From the original Bitcoin whitepaper Satoshi Nakamoto desired to keep Bitcoin private, “The necessity to announce all transactions publicly precludes this method, but privacy can still be maintained by breaking the flow of information in another place: by keeping public keys anonymous.”  We asked former users of Silk Road if this was true but most of them were in jail and declined to comment.

This is where Monero shines. It is at #10 in market value in the crypto world and is the highest ranked private currency. It was designed from the beginning to be private and untraceable and to date has achieved this. With proven technology even Bitcoin and Litecoin are looking to implement some of this technology with the integration of confidential transactions (CT) but with a public ledger this will not be possible in the same way Monero does.

“All major alternative schemes fail multiple
of these criteria (e.g., arguably Zcash’s scheme fails every one of
them).”

There are even methods to trade Bitcoin to Monero and then back to Bitcoin to keep the origin of a trade secret and break the link between buyer and seller in a transaction. The need for anonymity will only grow as the digital world grows and gets smaller and with the the demand for Monero across banking, retail and less the legal methods will drive the price much higher in 2018 and beyond.

Each of these coins may never unseat Bitcoin as the top market value in crypto. At the same time they don’t have to to make investors lots of money. With Bitcoin valued at $170 billion and Ripple ($10 billion), Litecoin ($5 billion) and Monero ($2-3 billion) there is plenty of room to grown 10x or more without approaching Bitcoin. Anyone looking for tremendous growth in 2018 and beyond should look at buying Ripple, Litecoin and Monero for the niche that they fill and hopefully will get blasted straight to the moon with value.